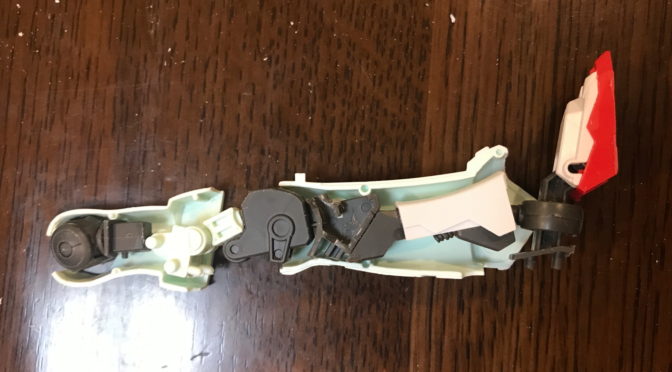 As expected, it was a serious operation (a major remodeling).

[First of all, what was not written in the previous article. . . ]

This major remodeling means that I put another kit frame inside. 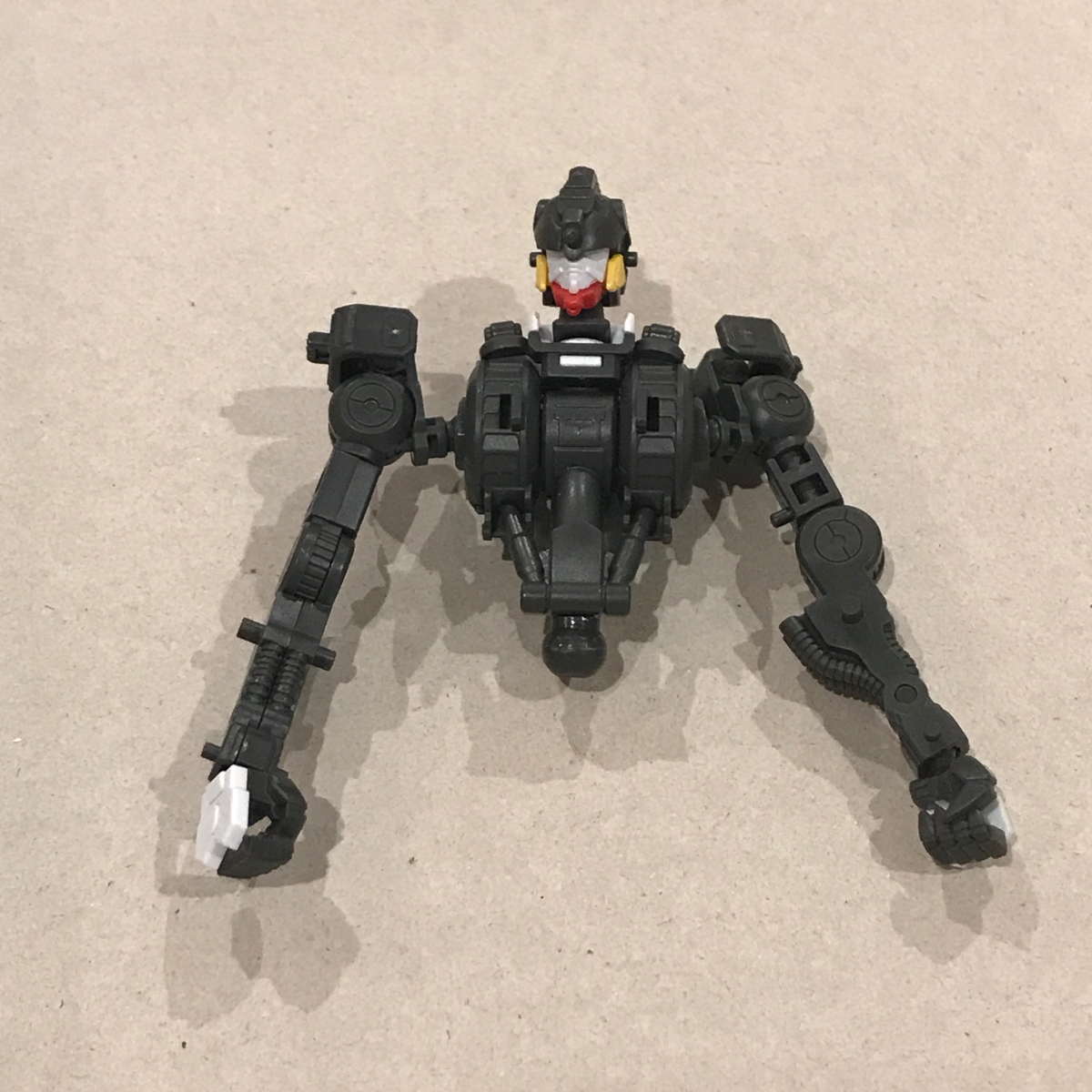 This is a Gundam frame from Barbatos.

By the way, in the previous article, the Gundam frame was reflected in the back. (It is in the upper right …) 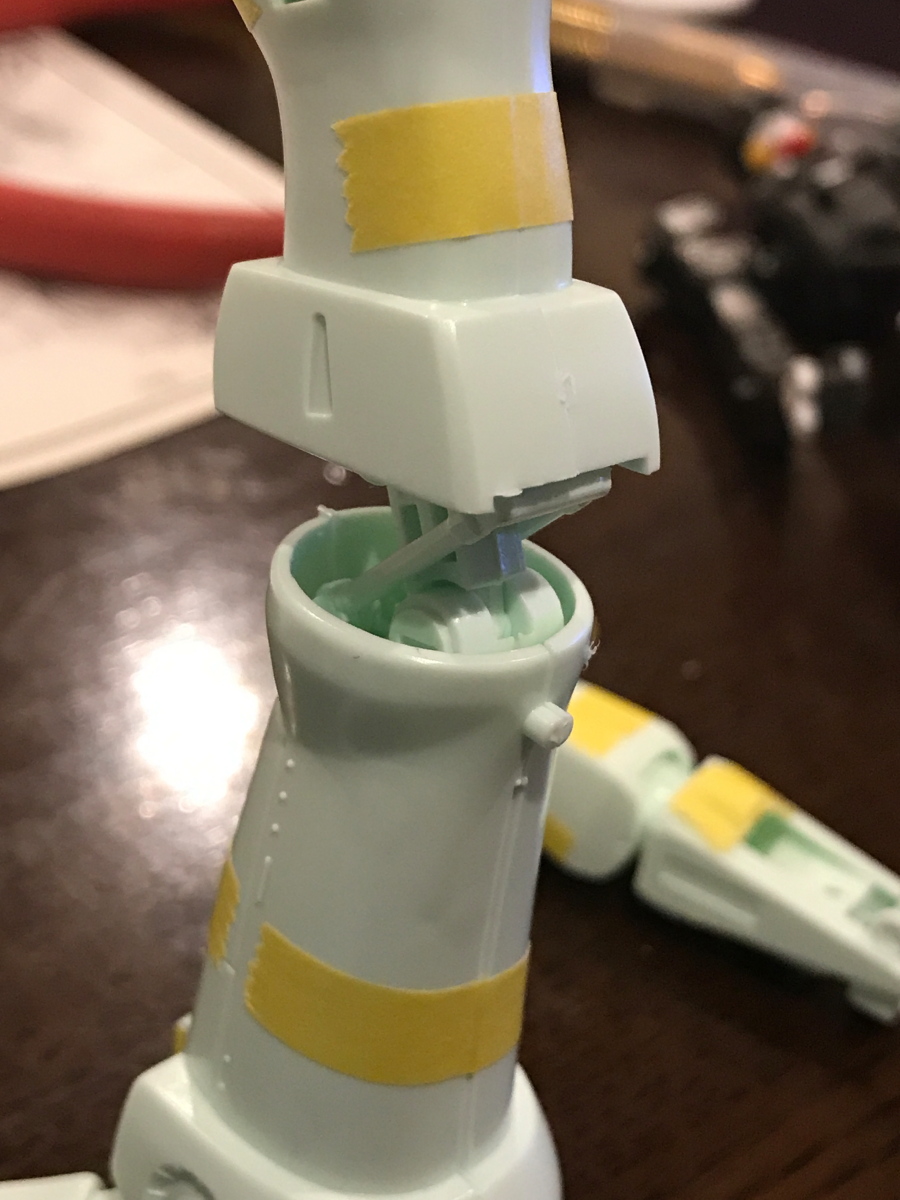 As shown in the photo below, I dropped the protrusion of Barbatos’s foot.

Finally, the corners are dropped a little more finely. 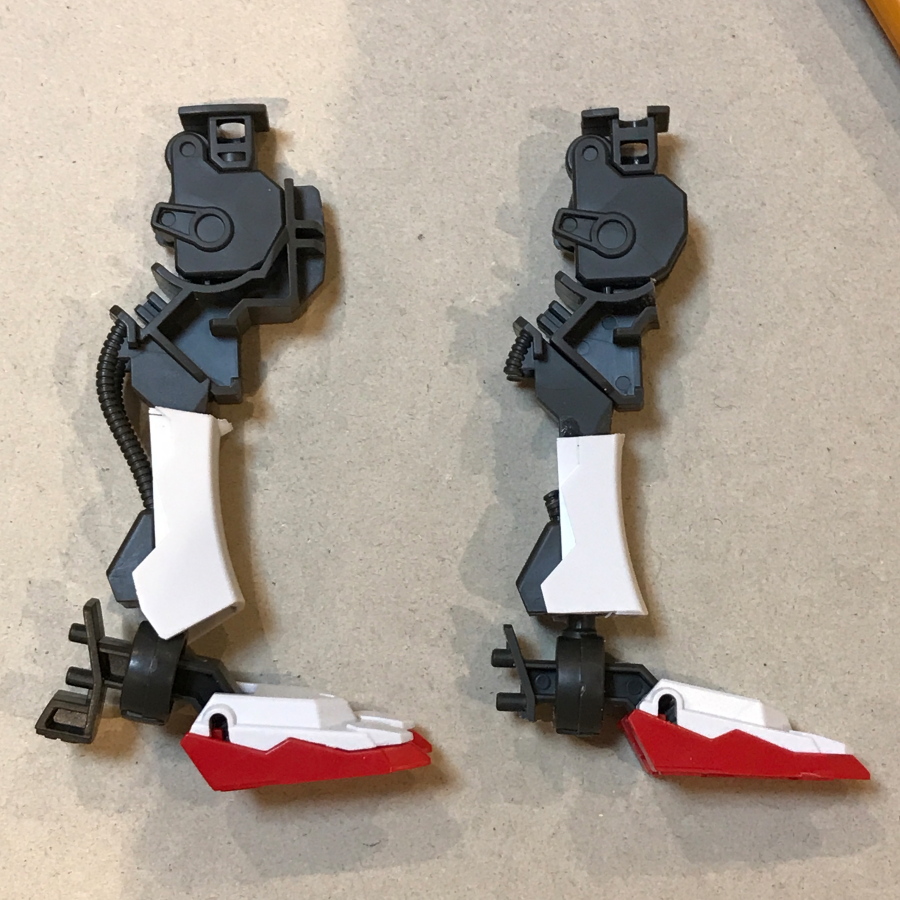 This is also cut out and put on the frame as it is. 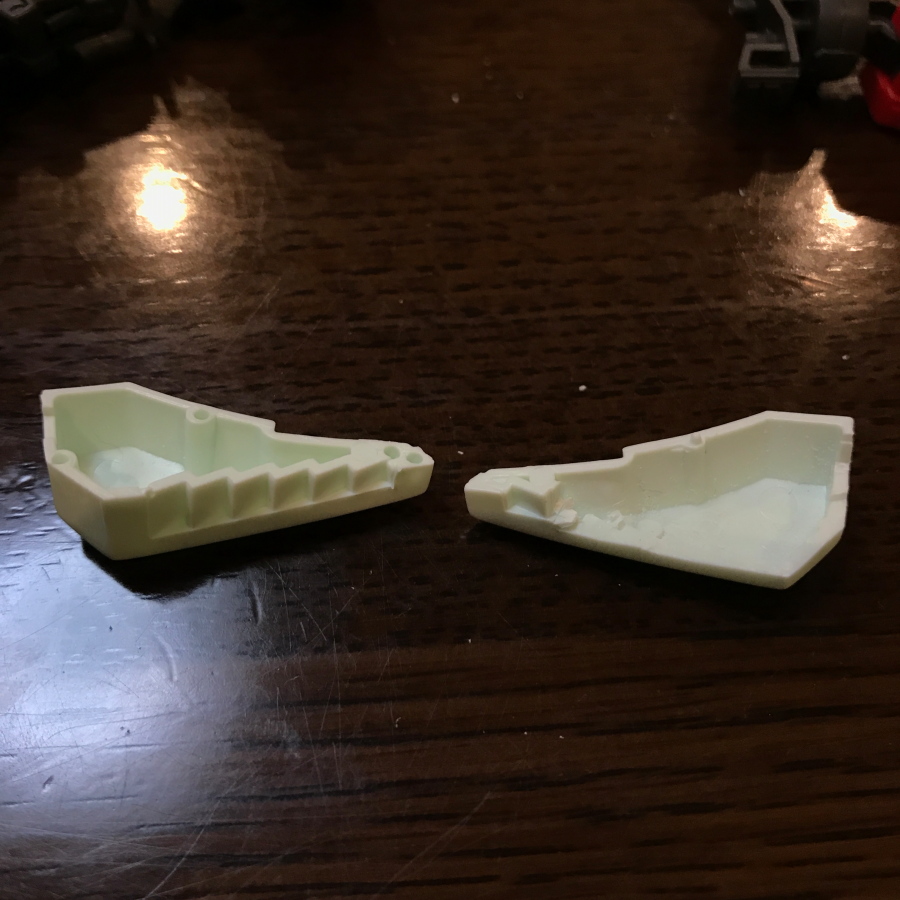 Barbatos’s ankle mechanism is the same as the old kit, so it feels good. 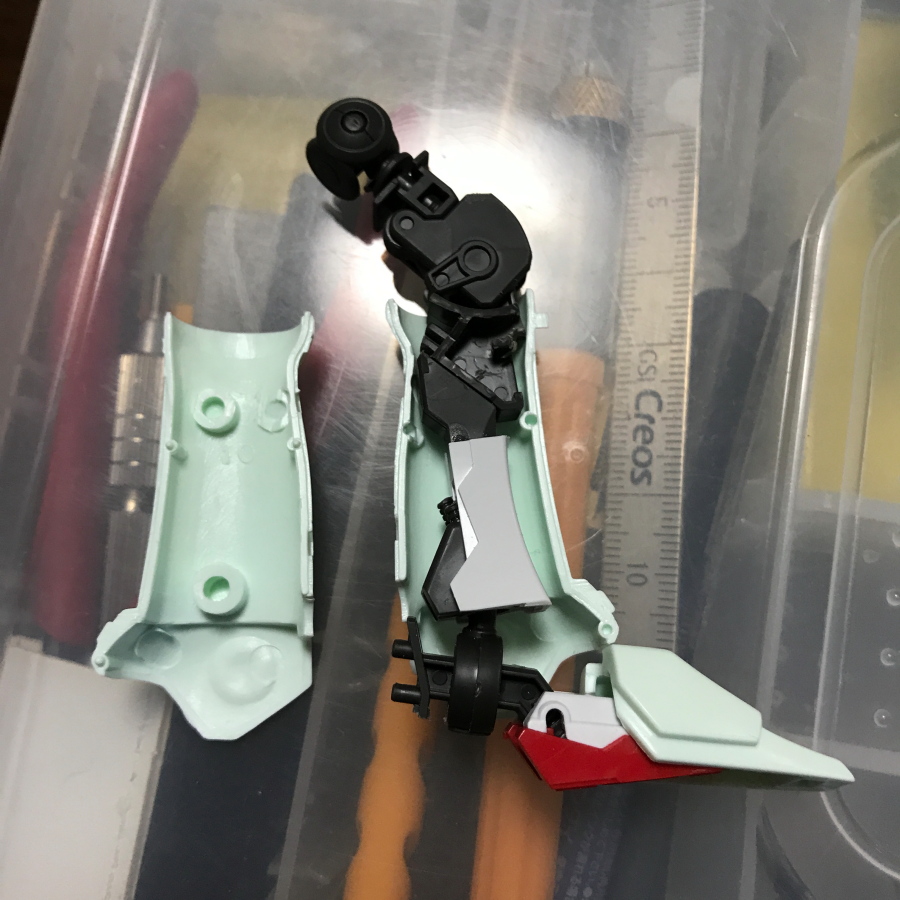 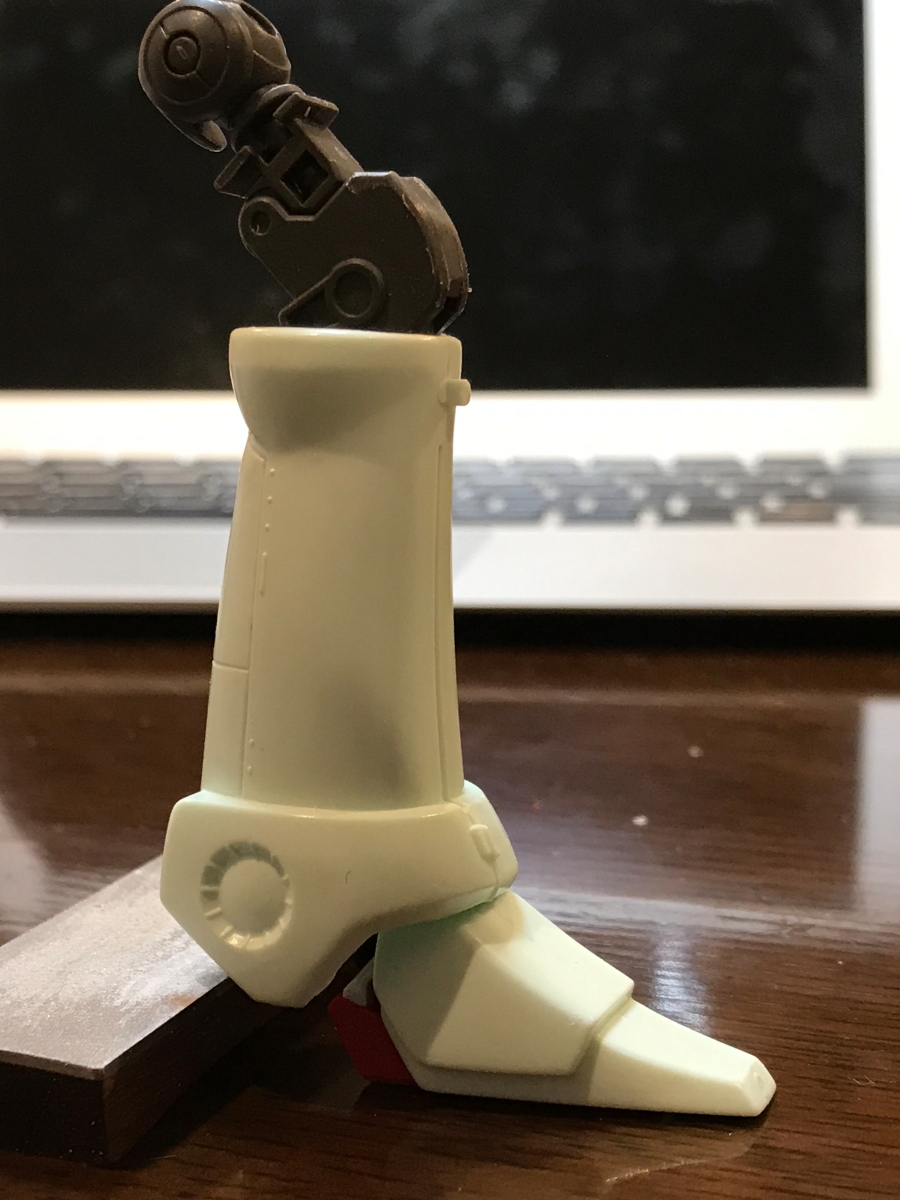 But there was one problem.

Barbatos kits have shorter thigh parts than the old kits.

Cut off the part connected to the hip joint above the double joint. 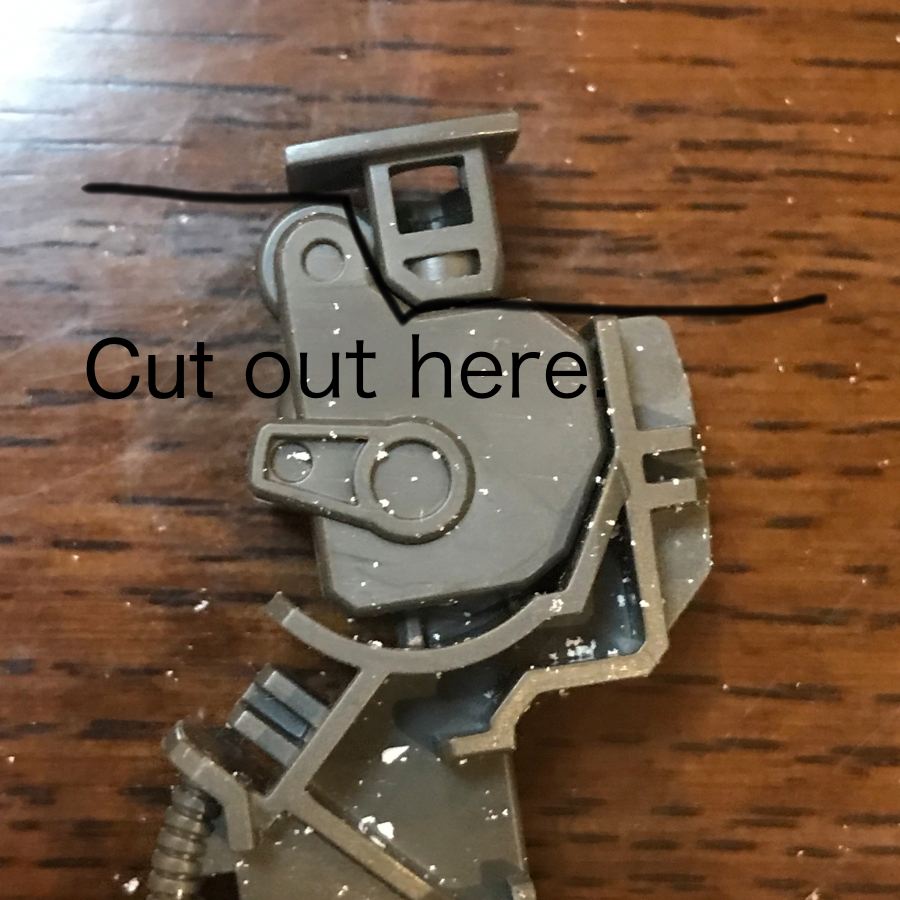 And glue the parts of the knee joint of the old kit! 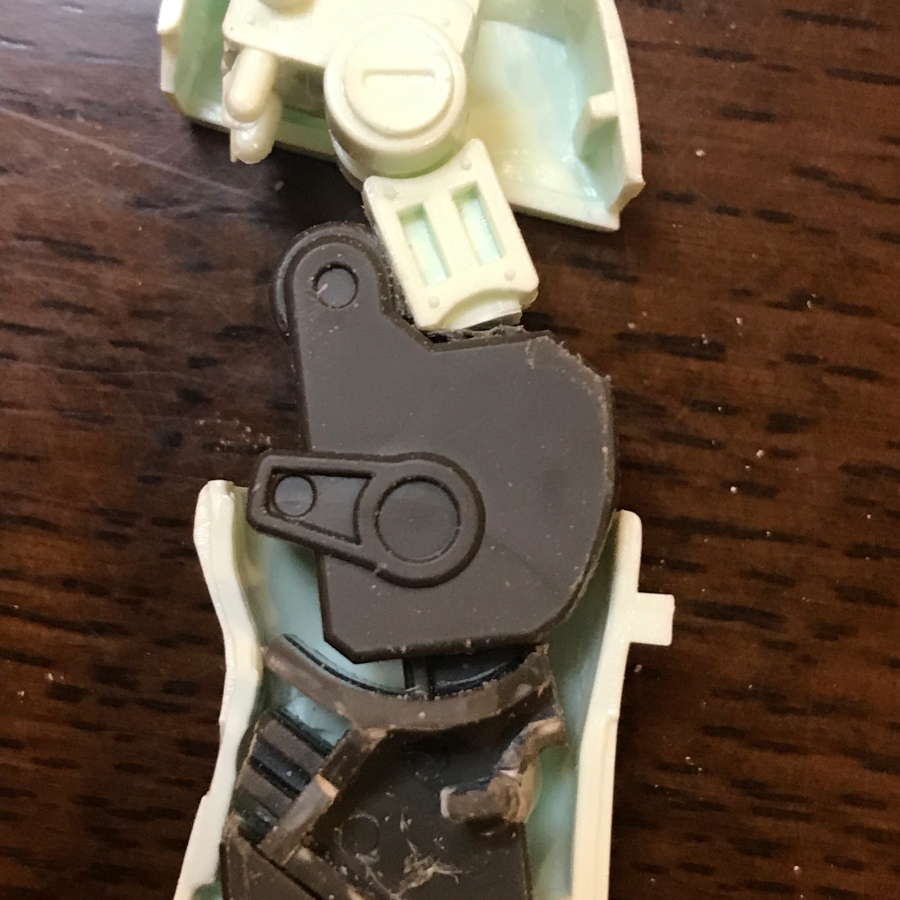 Subsequently, the cut hip joint parts were transplanted to the hip joint of the old kit. 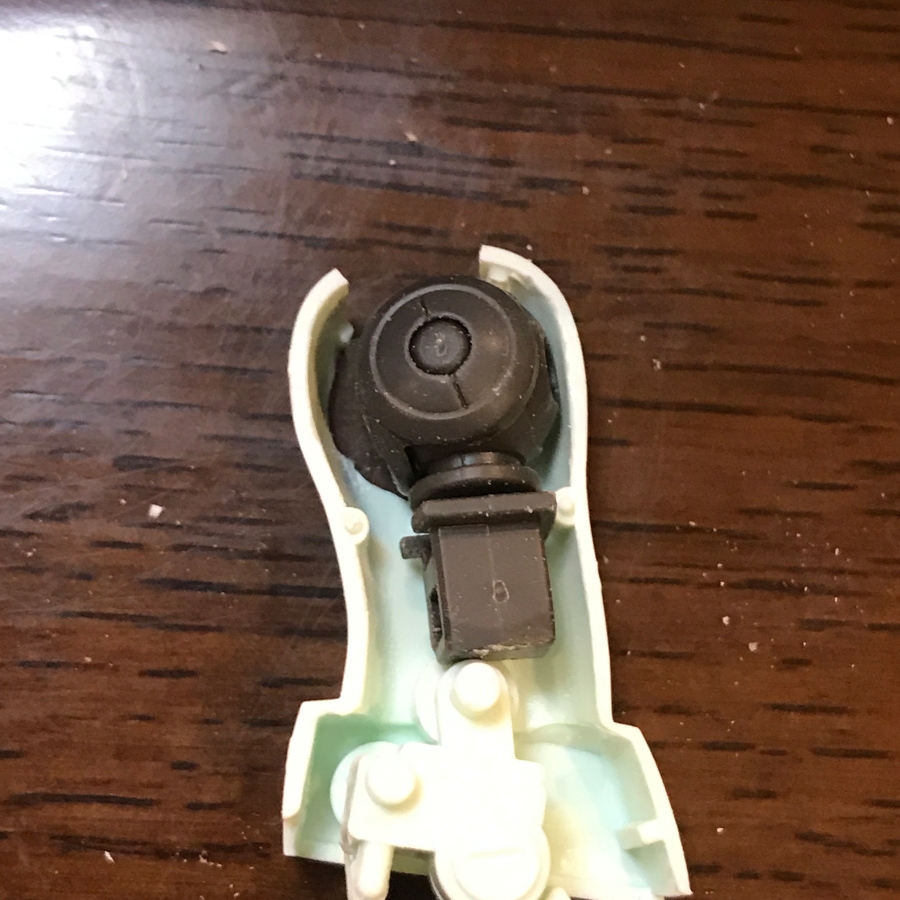 Was it a little longer? 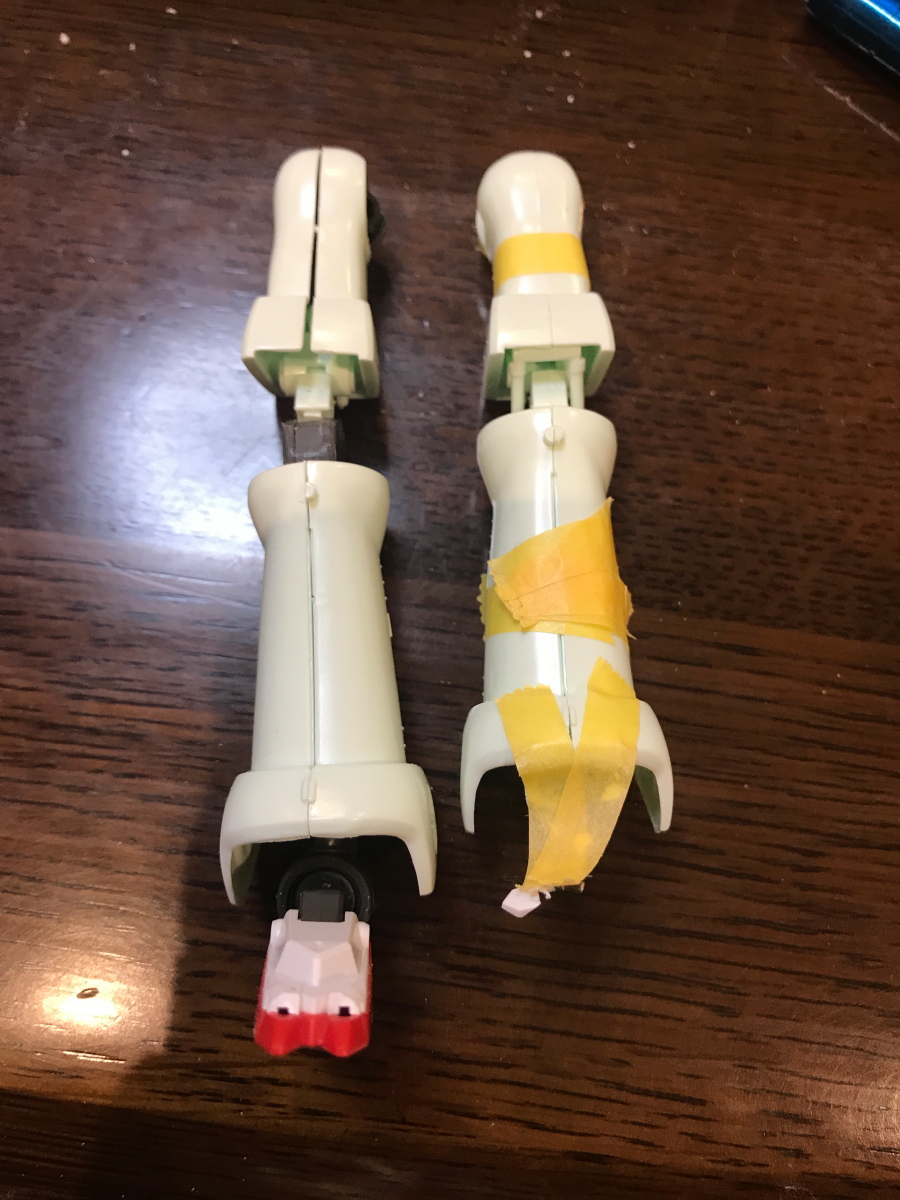 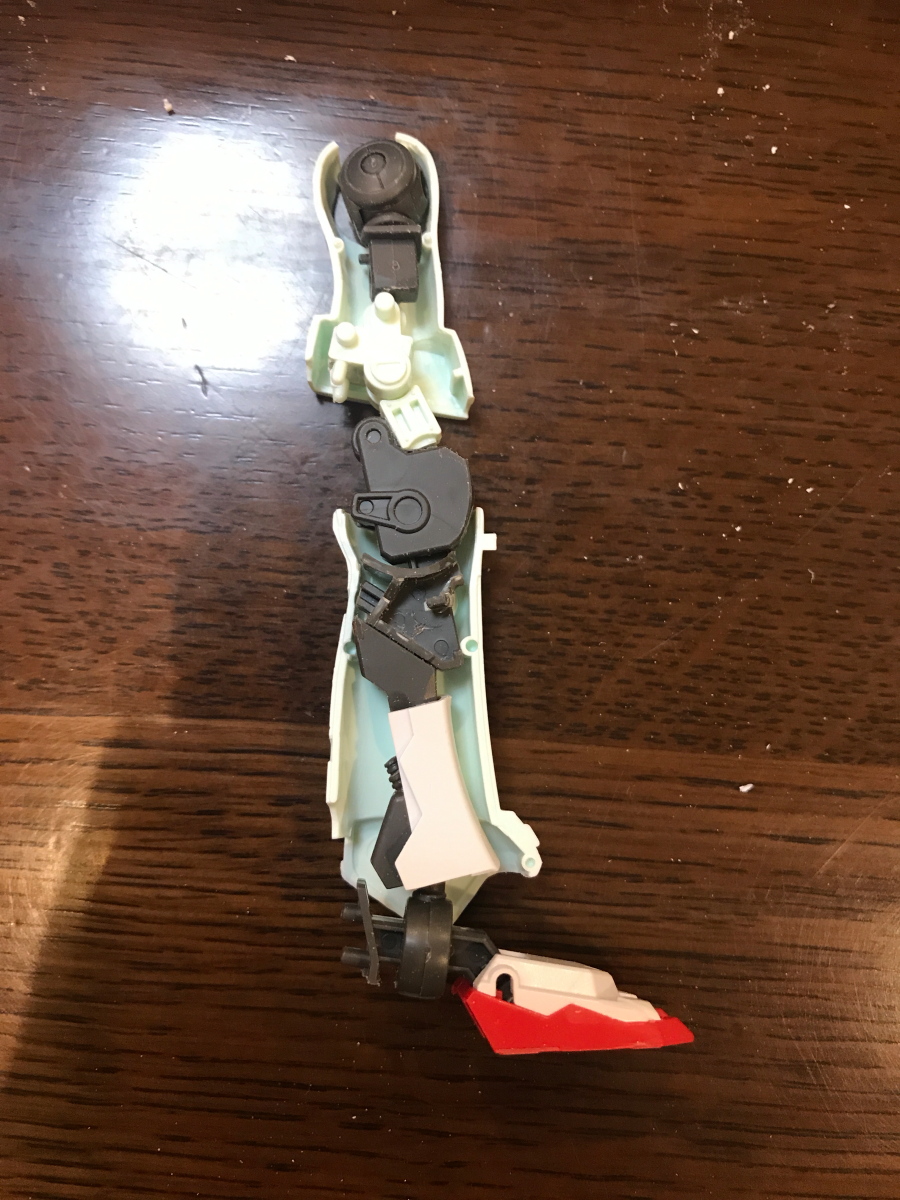 Next, I’m going to put my hands on the heel, hip joint, and waist parts.