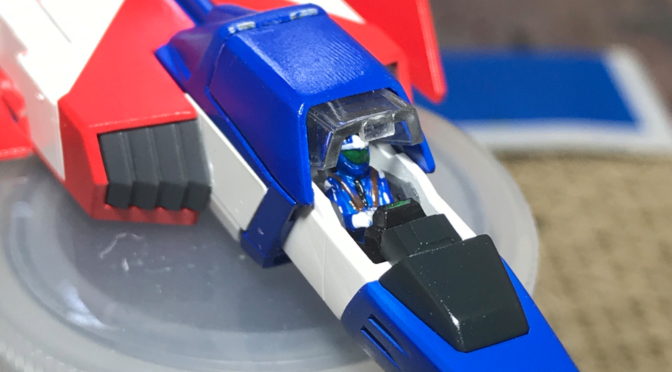 MG GM ver2.0, today I will finish the core fighter and core block.

When I was a kid, I thought Core Fighter was cool.

It’s just a fighter, and you can’t beat even Zaku unless you join Gundam. . .

But when you grow up, it’s a compact and very good design.

And what happens to the cockpit after deformation? Because there are many points to be worried about, Core Fighter is still attractive.

This time, I have come up with my own solution for the cockpit when transforming the core fighter.

First of all, paint.

I paint the pink surfacer on the red parts to improve the red color. 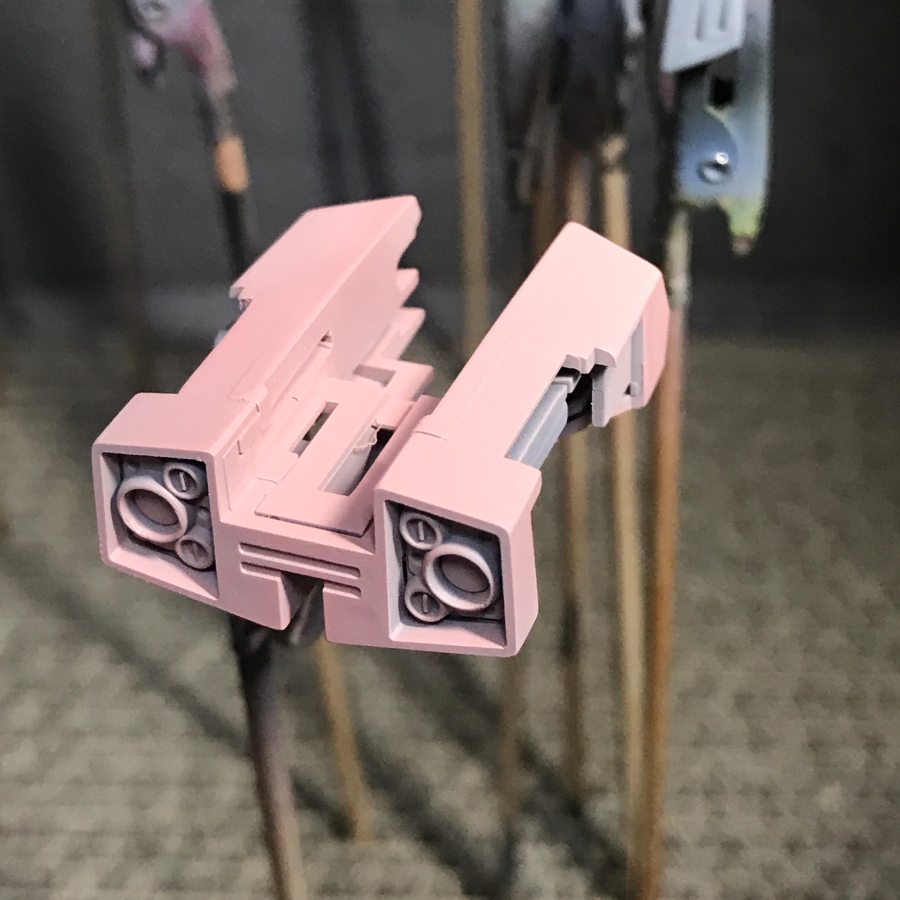 Until now, I had only used a gray surfacer, so the paint was darkened.
This time just changing the color of the surfacer, but after a little ingenuity, the finish will be better. 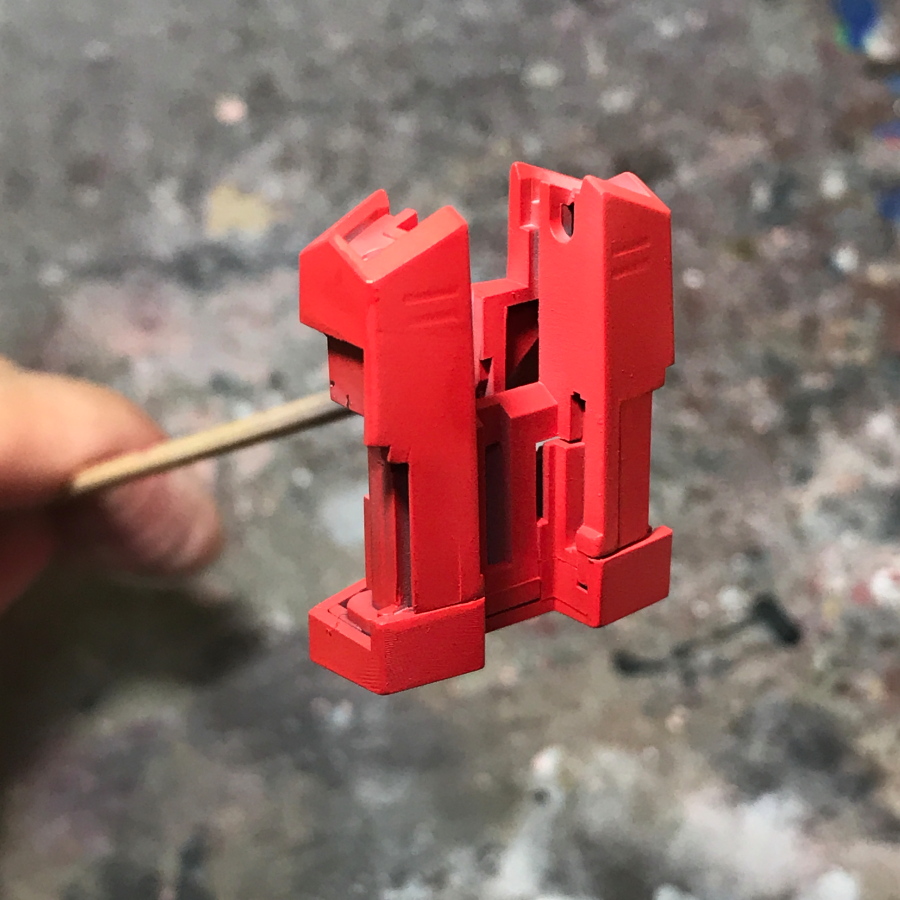 These parts have been painted. 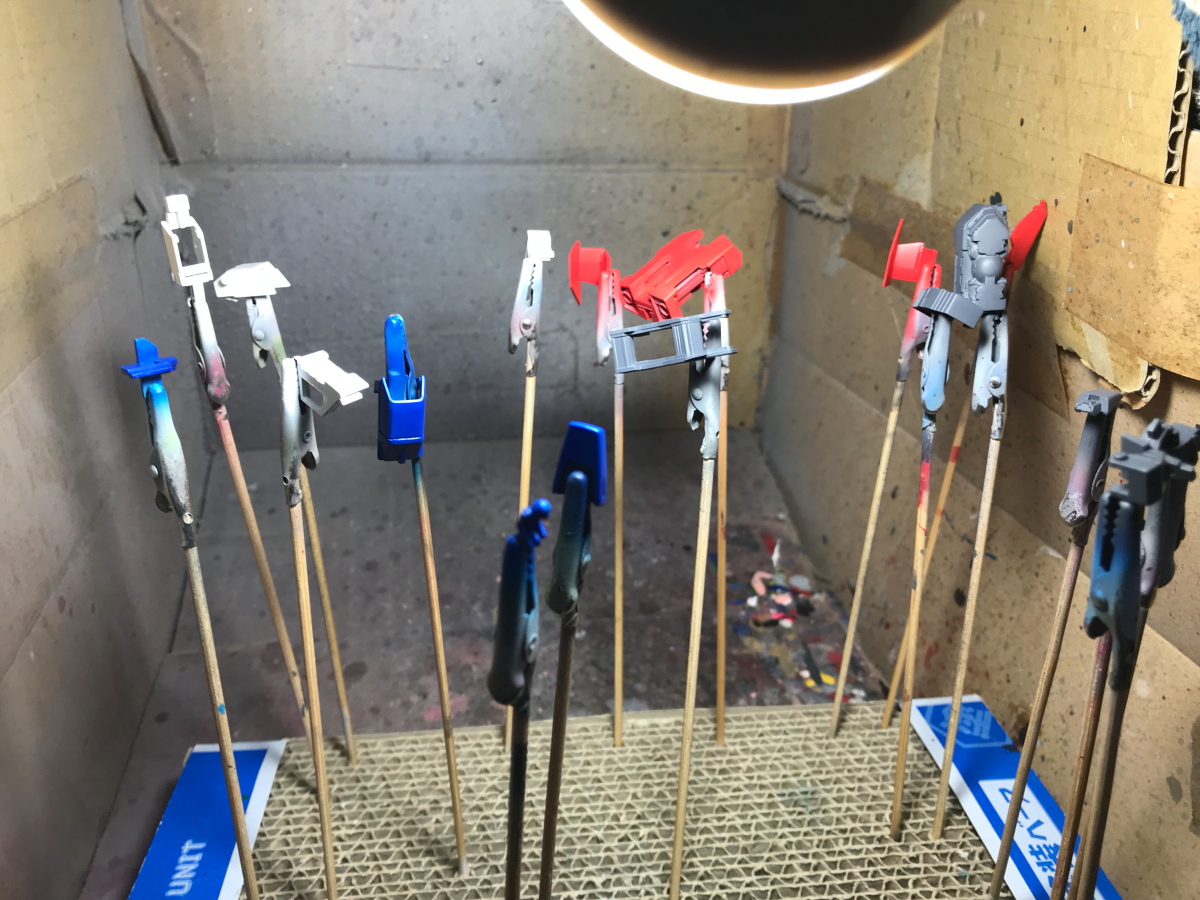 Next is the painting of Captain Jack Baird.

Again, I blew blue with an airbrush and then painted the details with a brush. I used Citadel paint.

In the upper right of the photo is Captain Jack Baird, who was painted before. This captain is on a normal core block.

In the lower left is Jack Captain for Core Fighter, painted this time.

I feel better than before.

By the way, it is a mystery why I painted my seat belt in green last time. 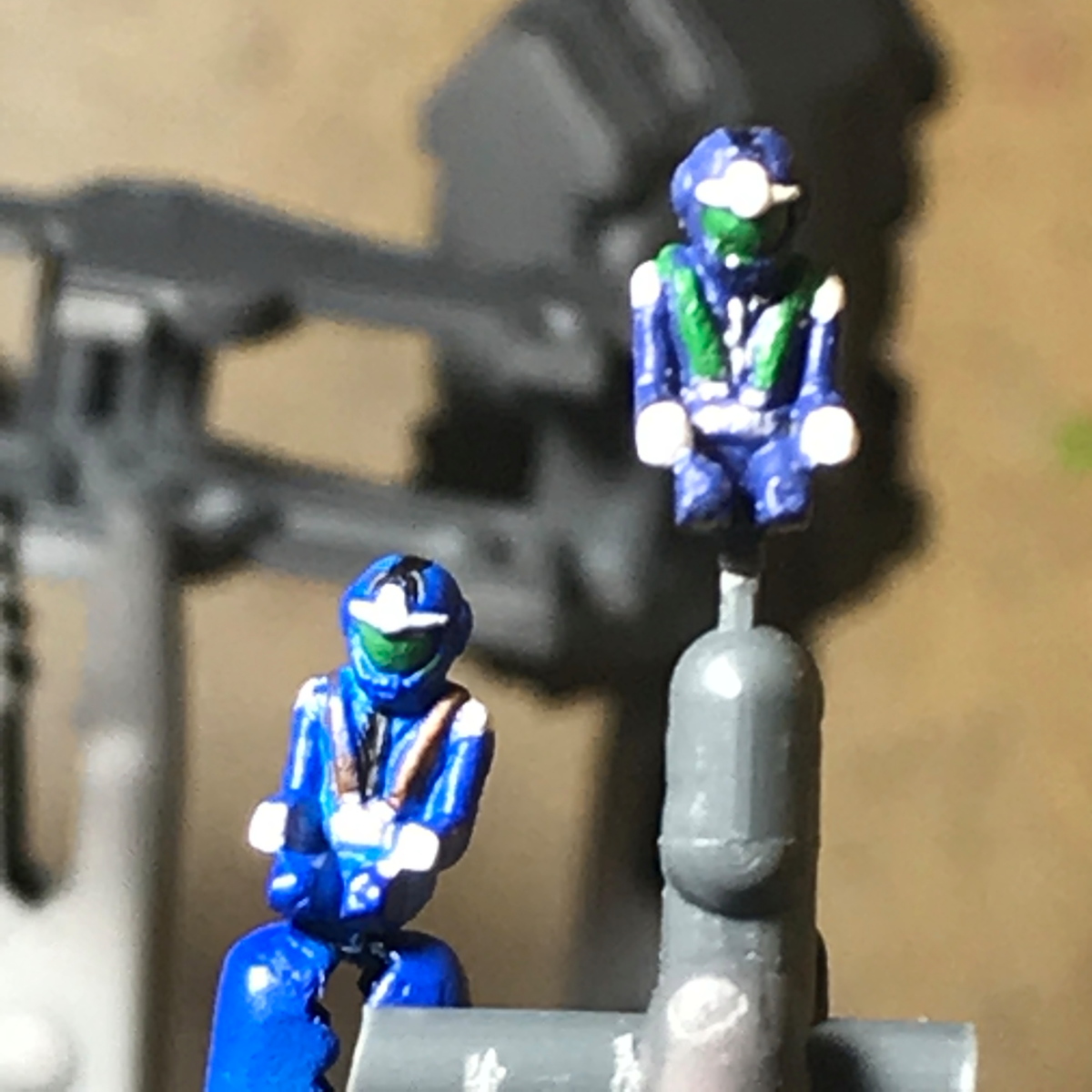 Next is a picture of the completed Core Fighter. 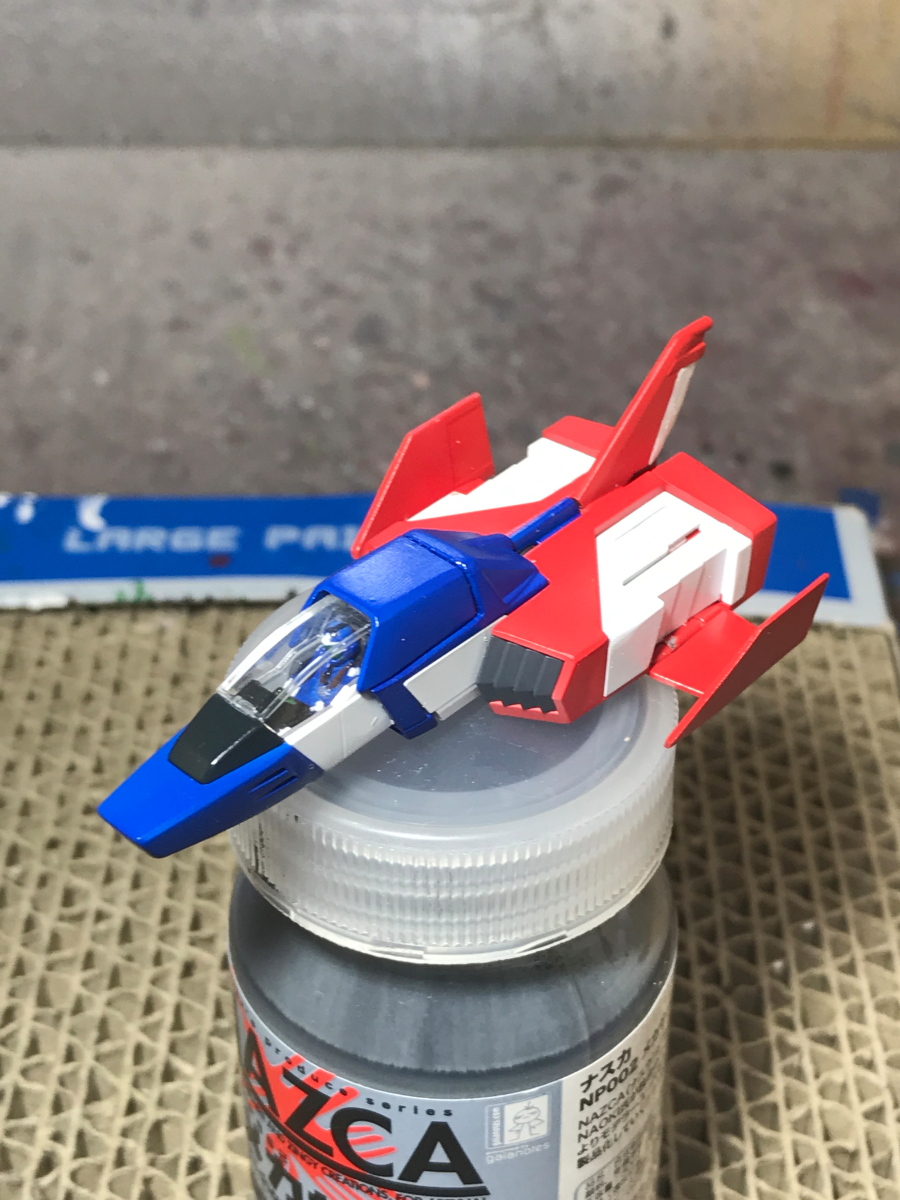 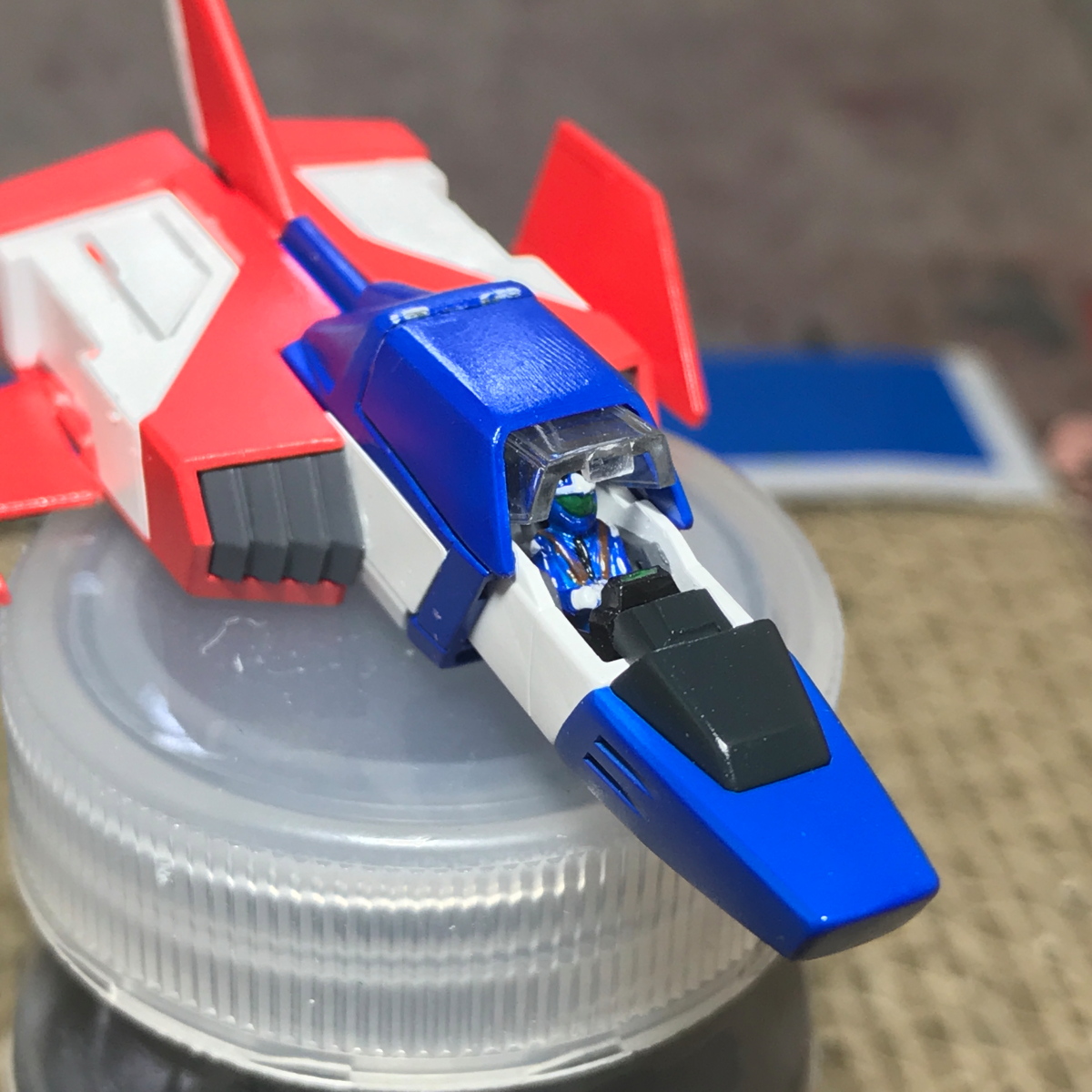 Then transformed into a core block.

I had a question here.

As it deforms, the nose retracts. Then the pilot will be completely hidden in the roof.

In this state, even if the cockpit hatch of Gundam or GM opens, you can only see the roof of the core fighter!

The pilot can never get off! (In fact, you can see in the photo below, but only the bottom of the rotated sheet can be seen through the canopy. 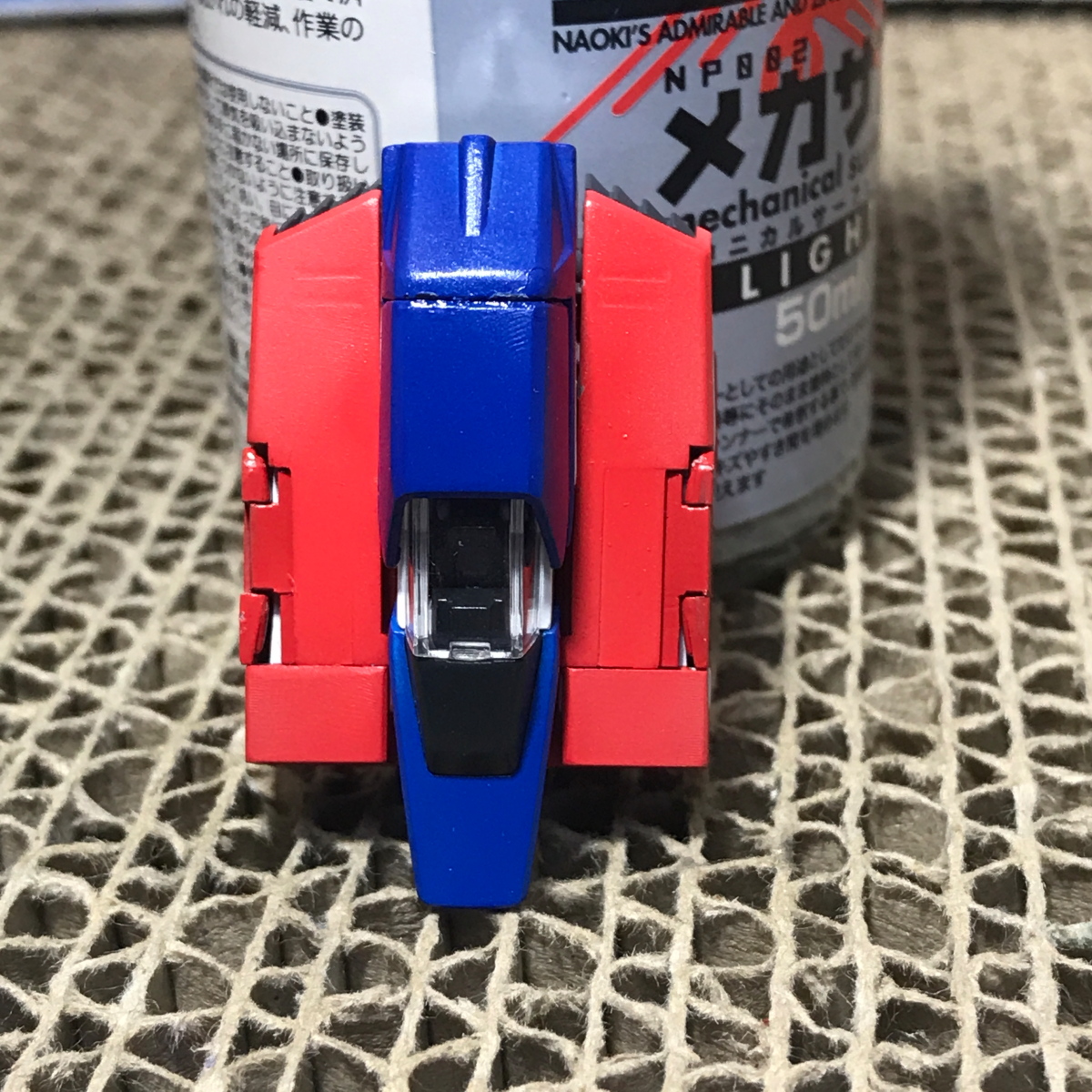 I modified the roof to open and close.

You can also get off the pilot! 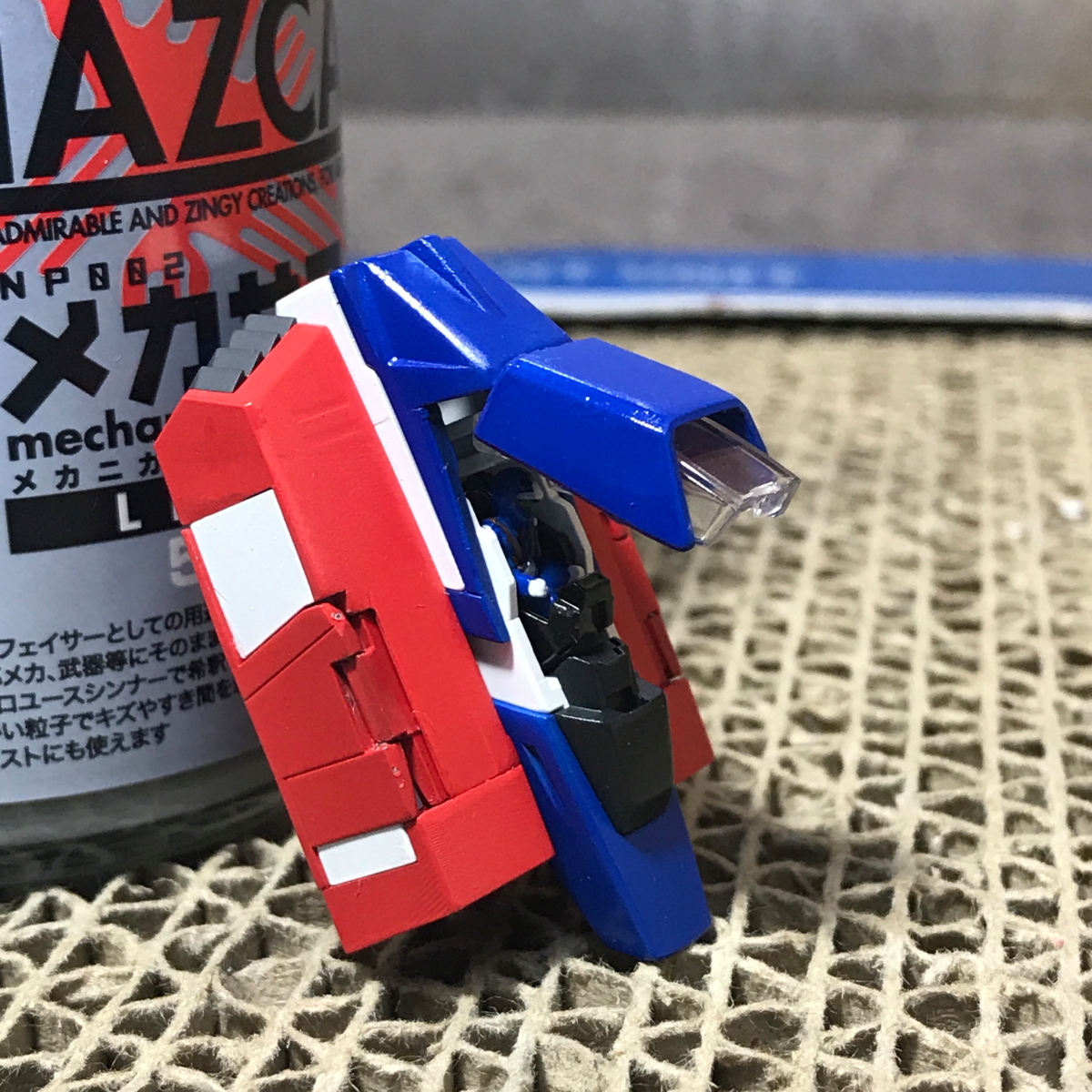 This is my answer.

Set the Jack captain on the seat.

I also painted something like a button. . .
If you set it, you can’t see it. 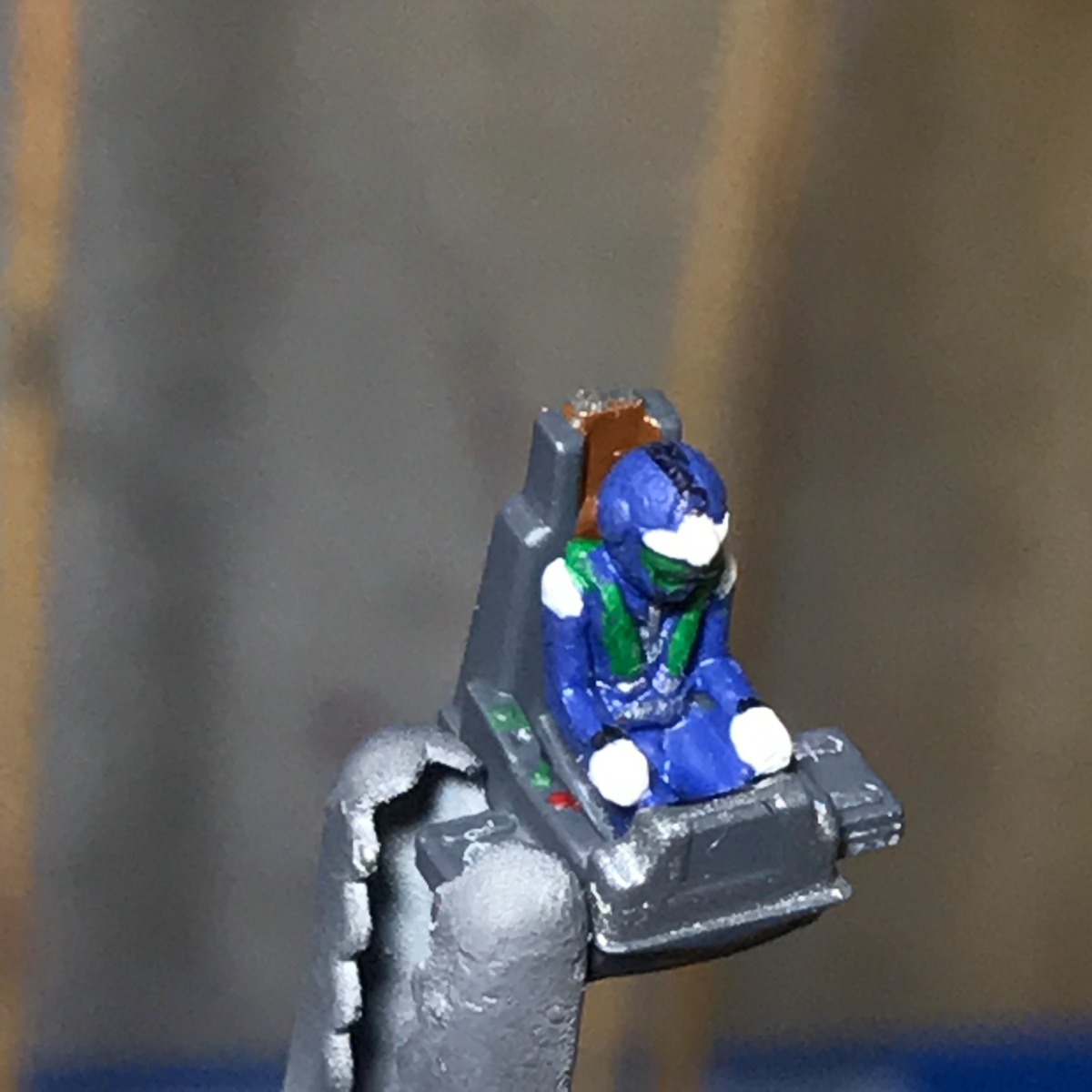 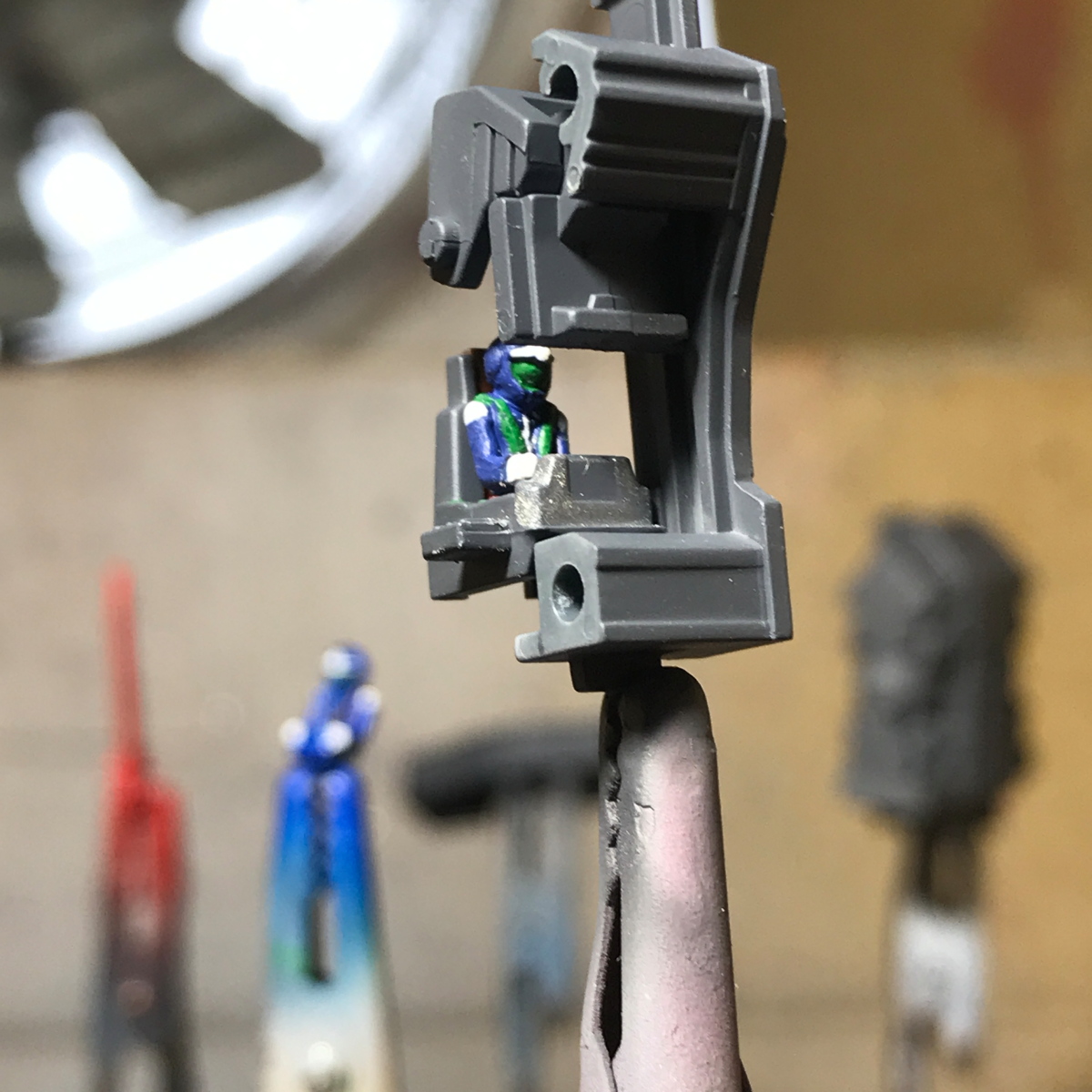 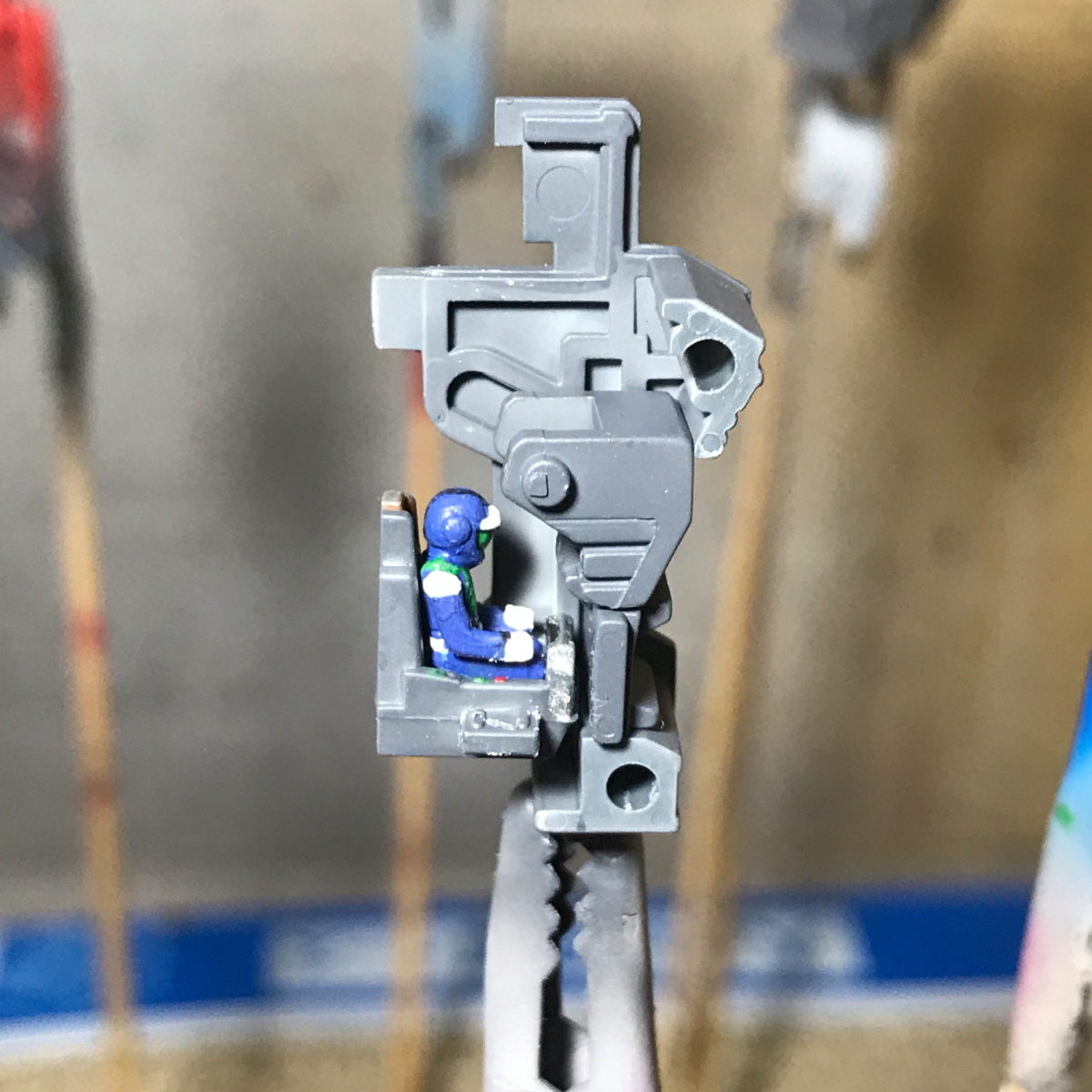 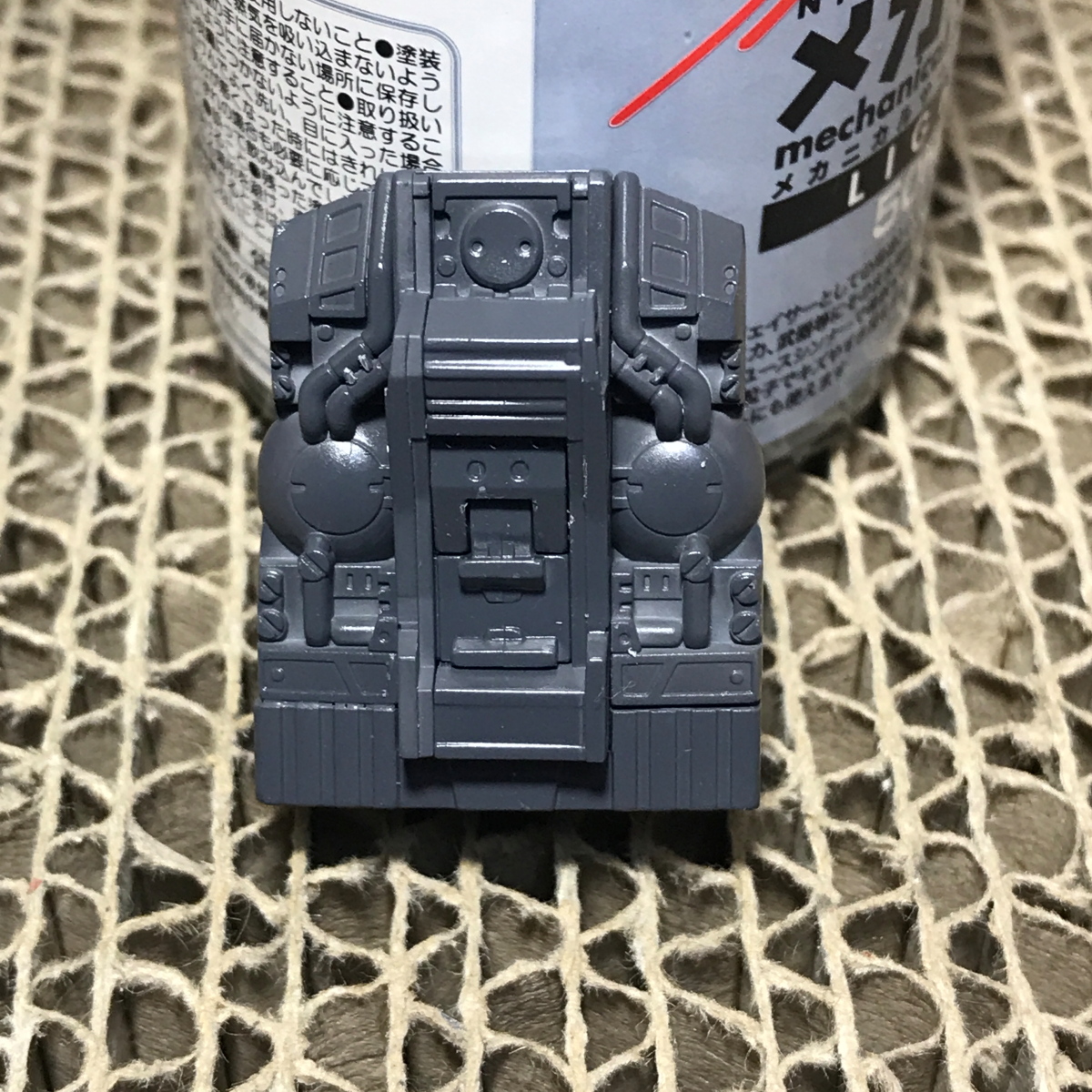 It ’s like this when you open the hatch. 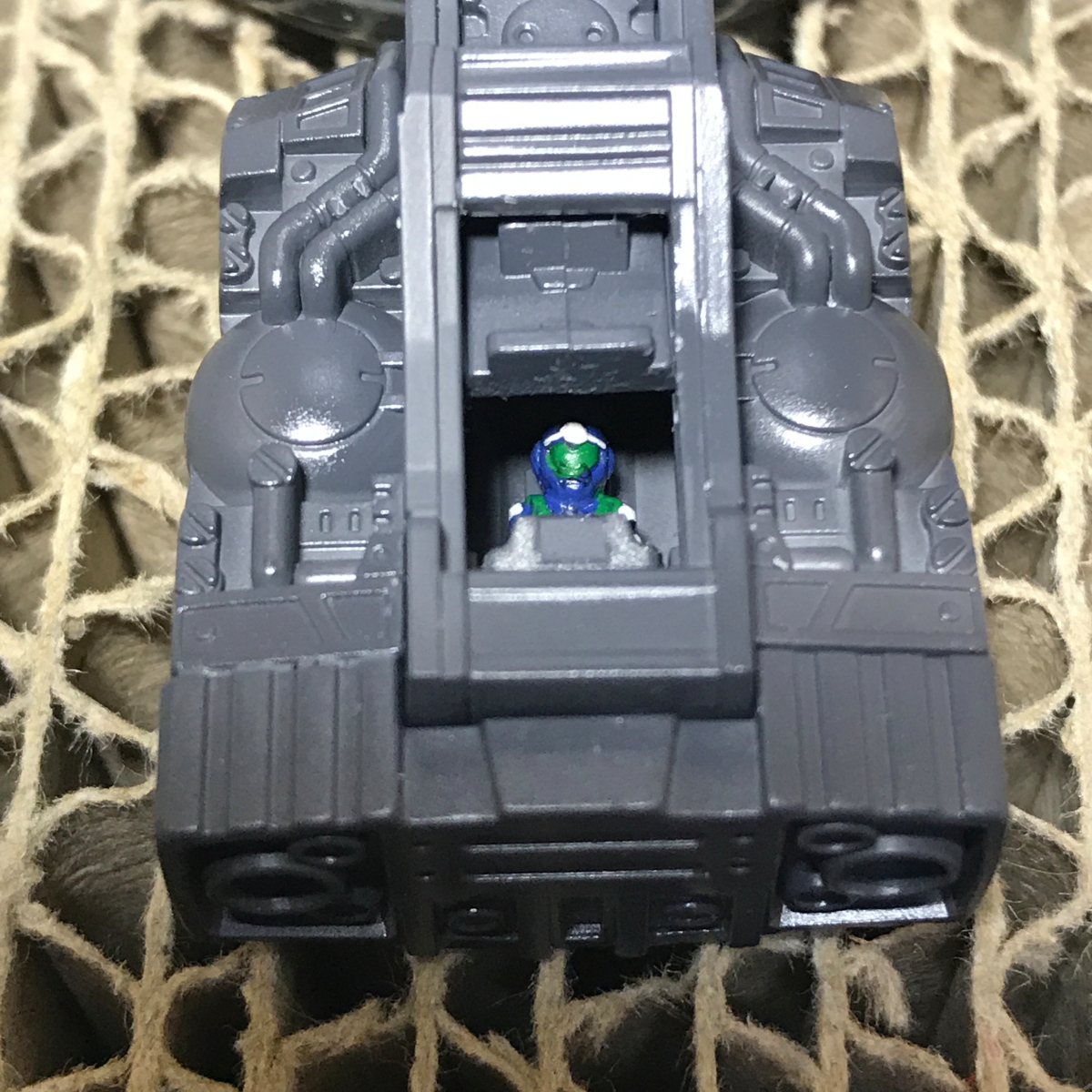