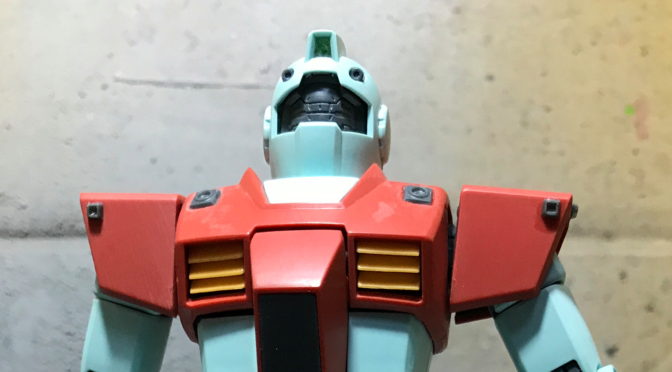 MG Jim ver2.0, production was stopped for a while, but I started painting.

The vernier attachment part to be added to the front of the body was in a state where it was clearly understood that the amateur had processed it, so I shaped the processed part.

Specifically, the edges were smoothed with a cemented carbide scraper, and excess scratches were filled with instant adhesive, and then filed and flattened. 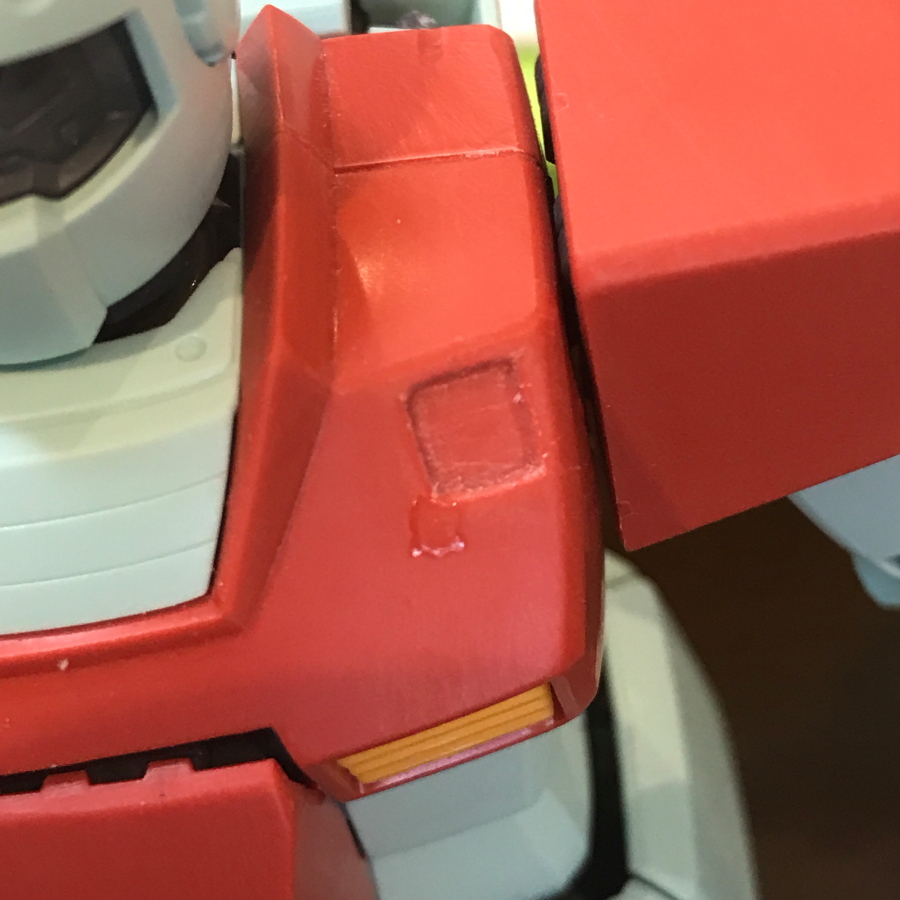 I was worried about painting vernier and body separately, but after all I decided to paint them with a brush after I applied them to the body first. 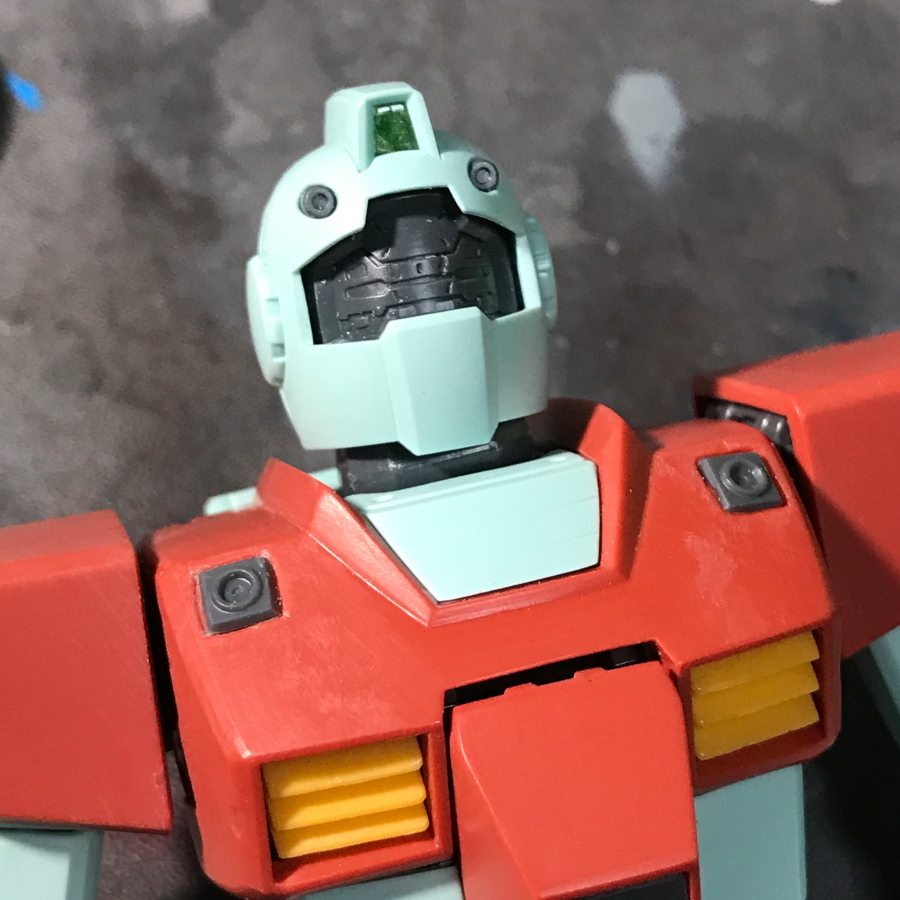 If you try to paste it after painting, there is a high possibility that the coating will be disturbed by the adhesive. 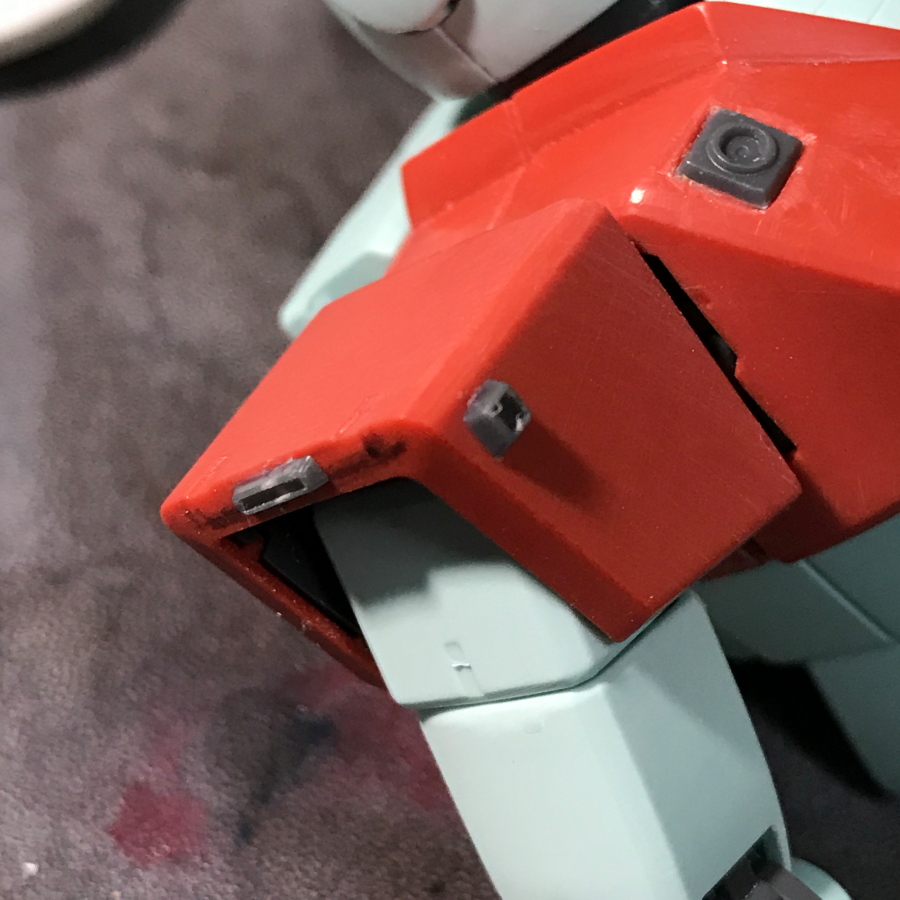 It was quite macho. 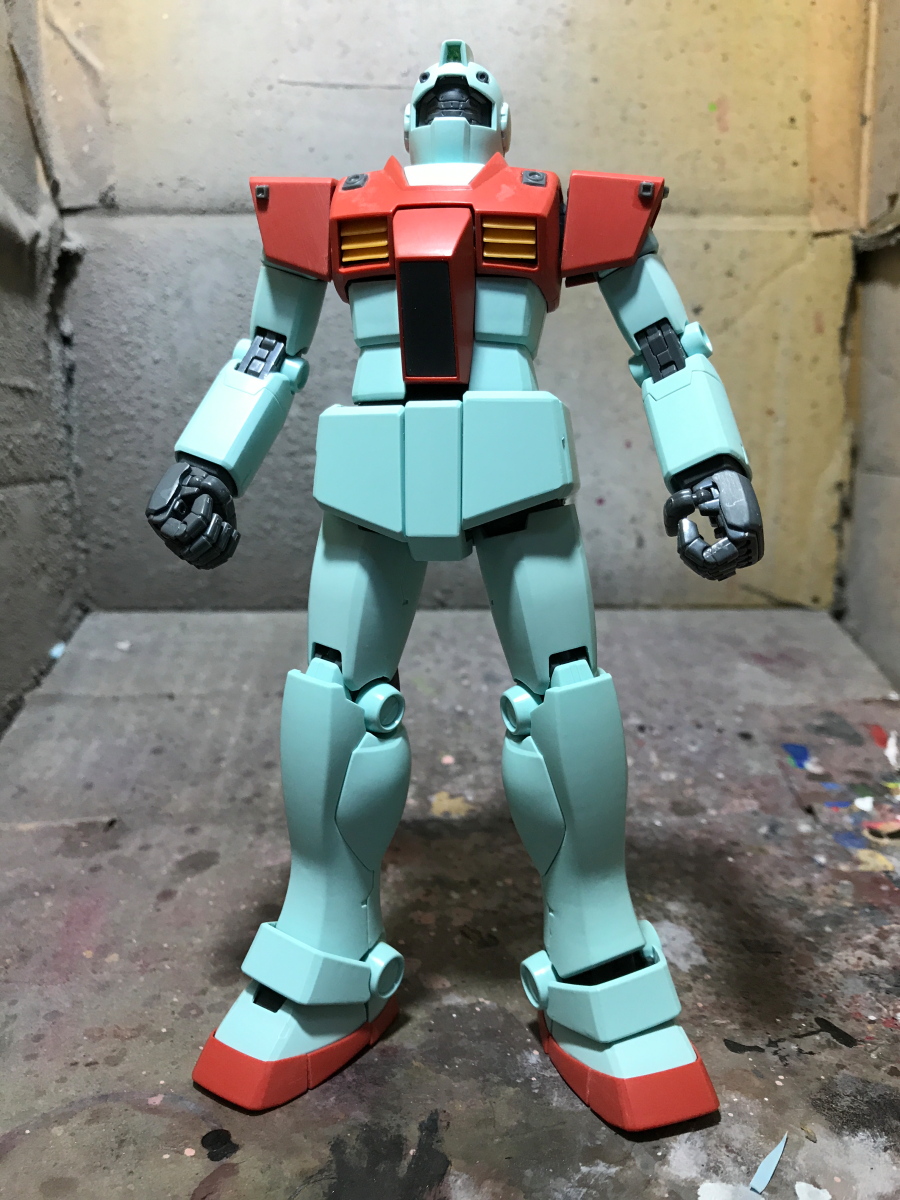 The body will be painted later, starting with the equipment and core fighter.

Parts cleaning after a long time. I lost my vernier parts that I added. (~ _ ~;) 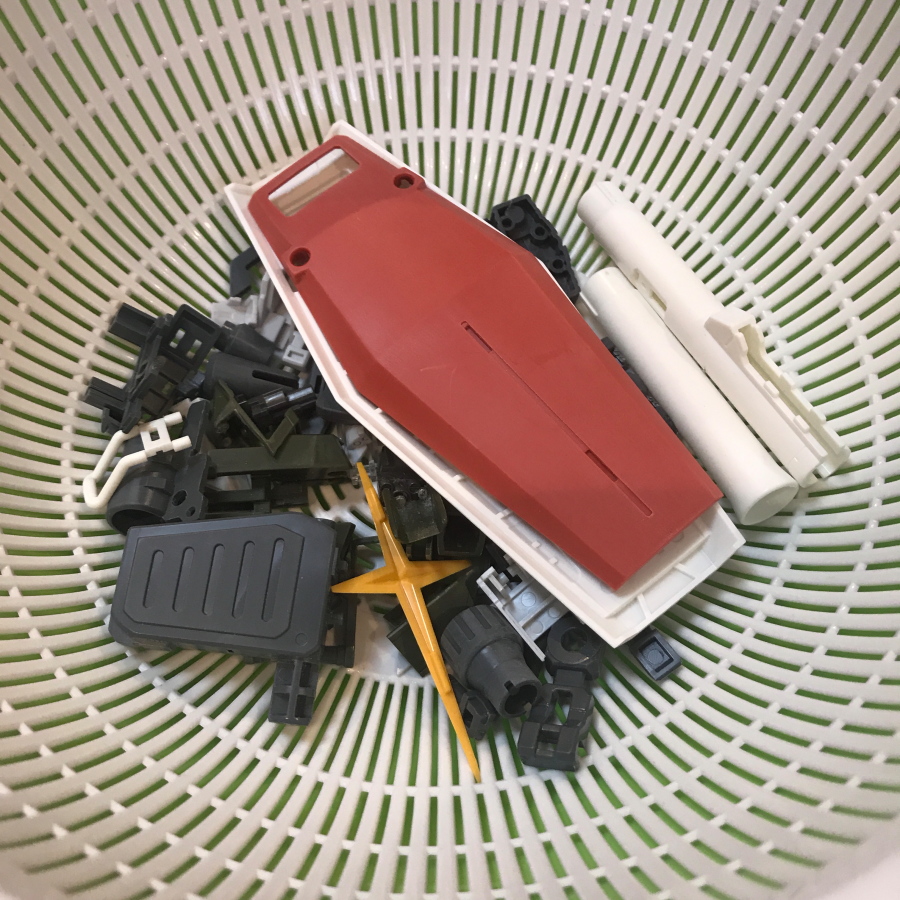 This time, Core Fighter will be the familiar tricolor color, so I will blow the entire surfacer. 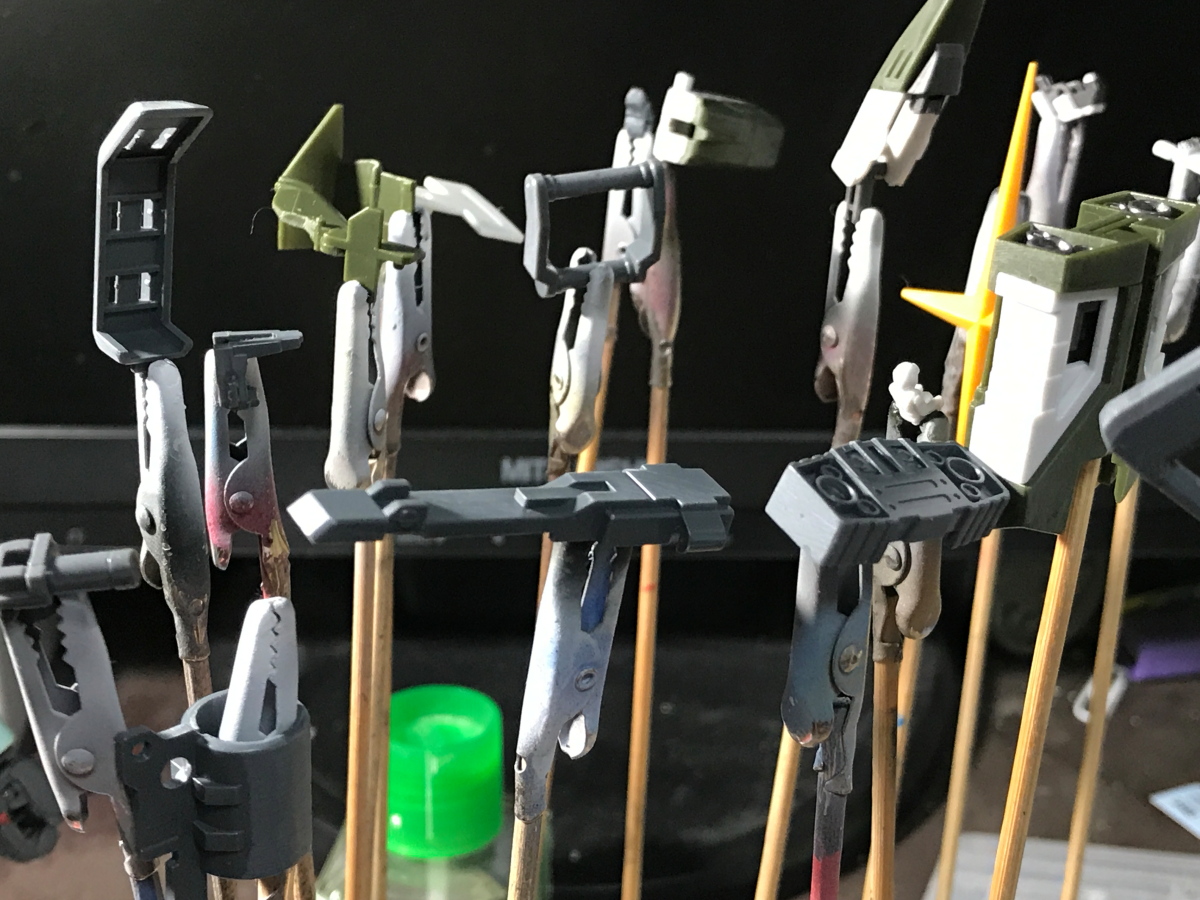 Parts that are difficult to fasten with clips can be clamped well by placing them on the edge of the eyeball clip. 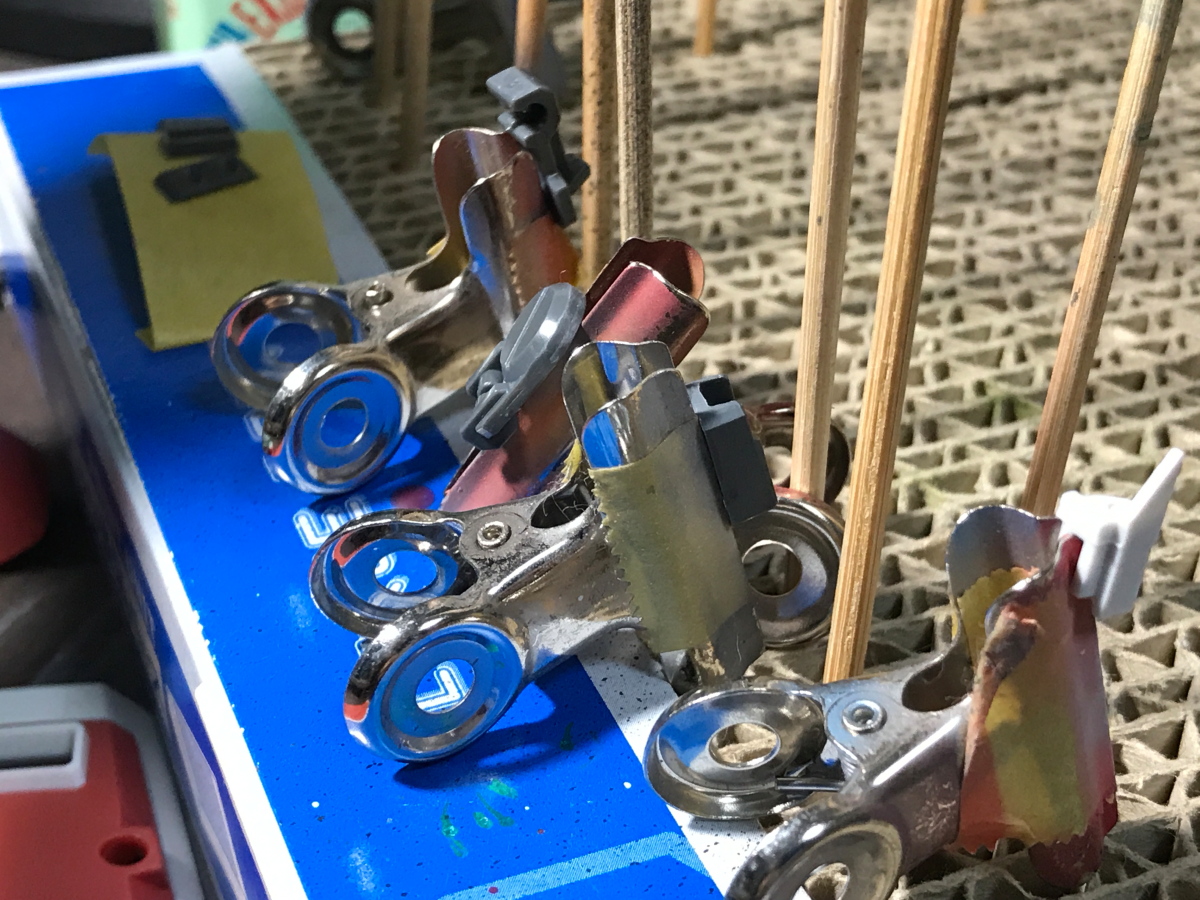 There are also ABS parts this time. For these parts, the surfacer is blown thinly in several times to prevent the parts from cracking.

For now, the parts are not broken, so let’s be fine.

The wings are also well-colored. . . 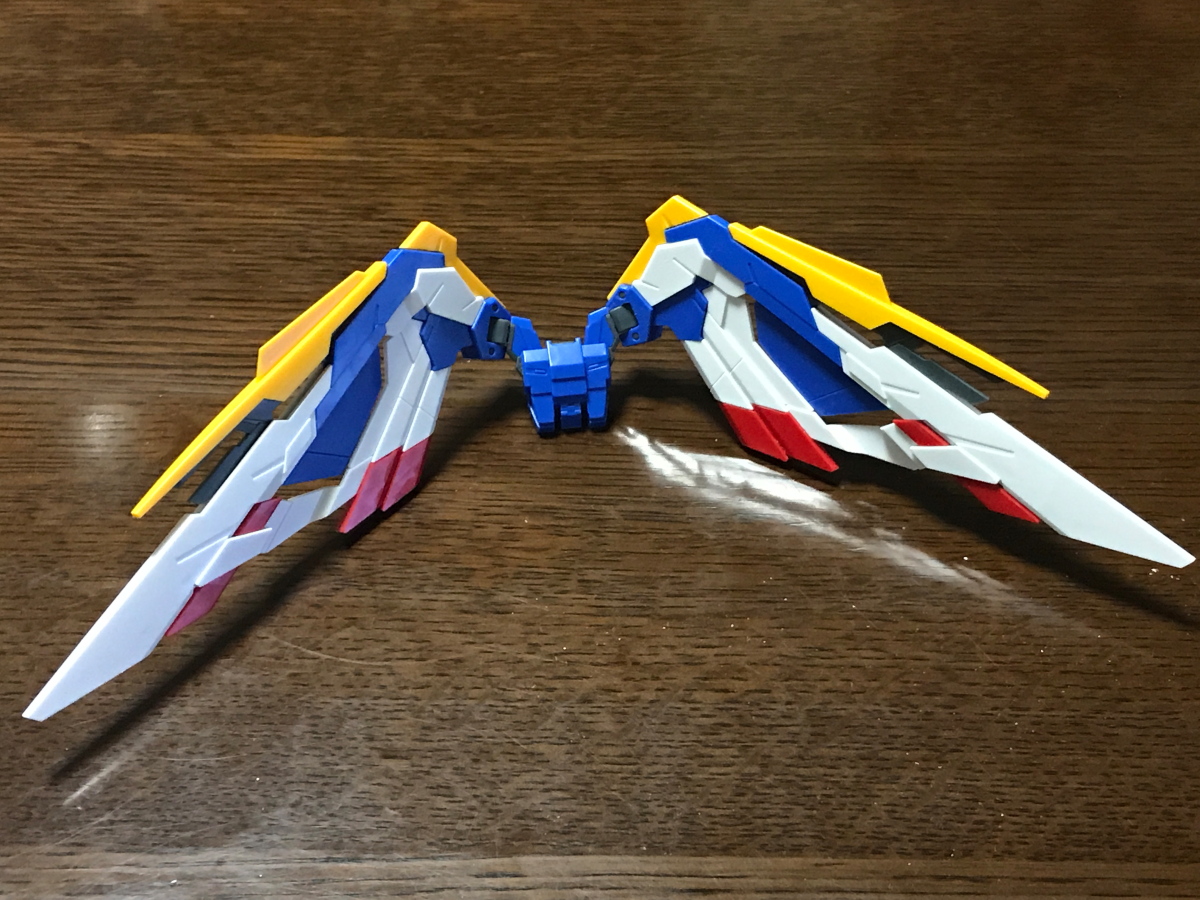 This completes the body patch.

Once the armed parts have been assembled, we will go into partial painting. 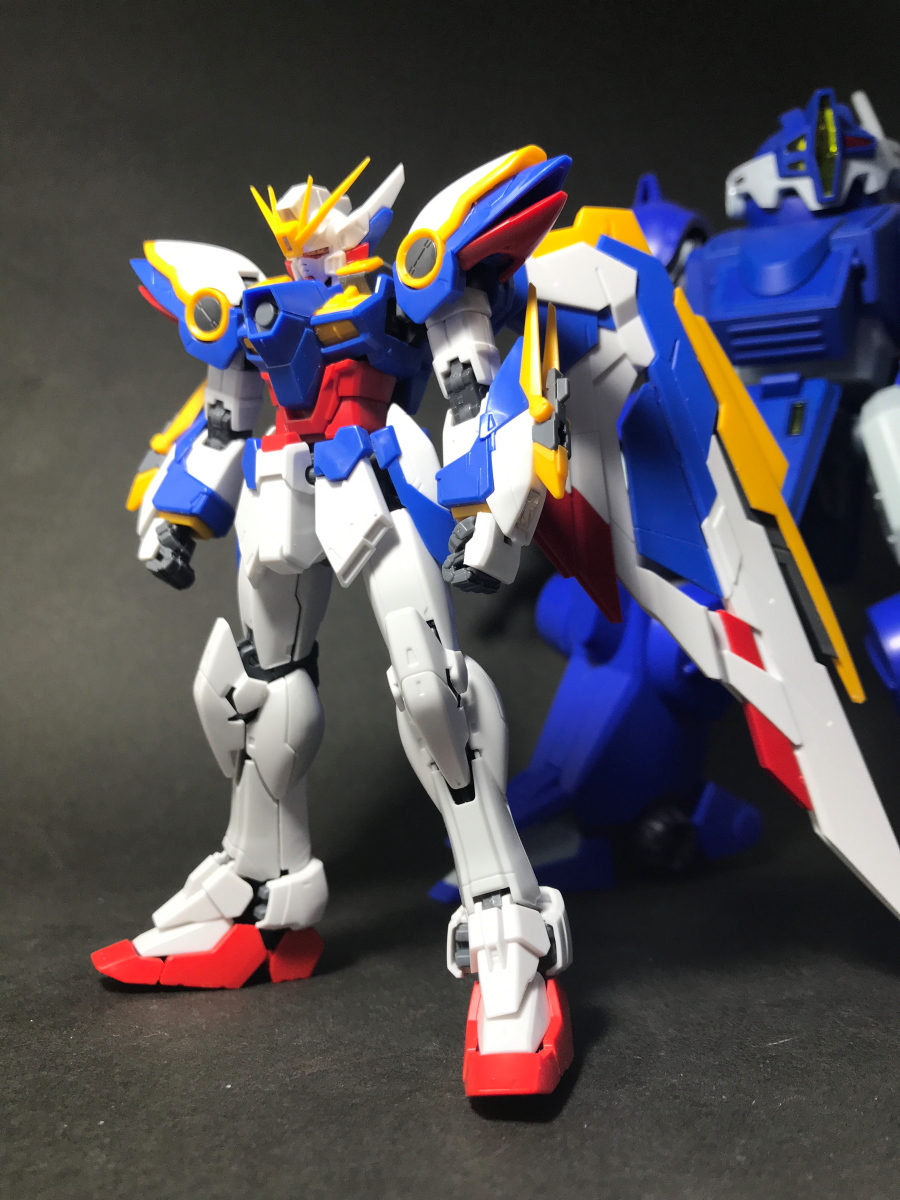 The 1st prize is a limited edition MG Gundam kit.

On the first day of the lottery, when I went to a nearby convenience store, it was the F-5 Award (Gundam Head Parts Display Kit).

When opened, the contents were only the head of the MGν Gundam kit.

I think 680 yen is expensive for this content. . .
So I’ll try to draw one more time and stop it. 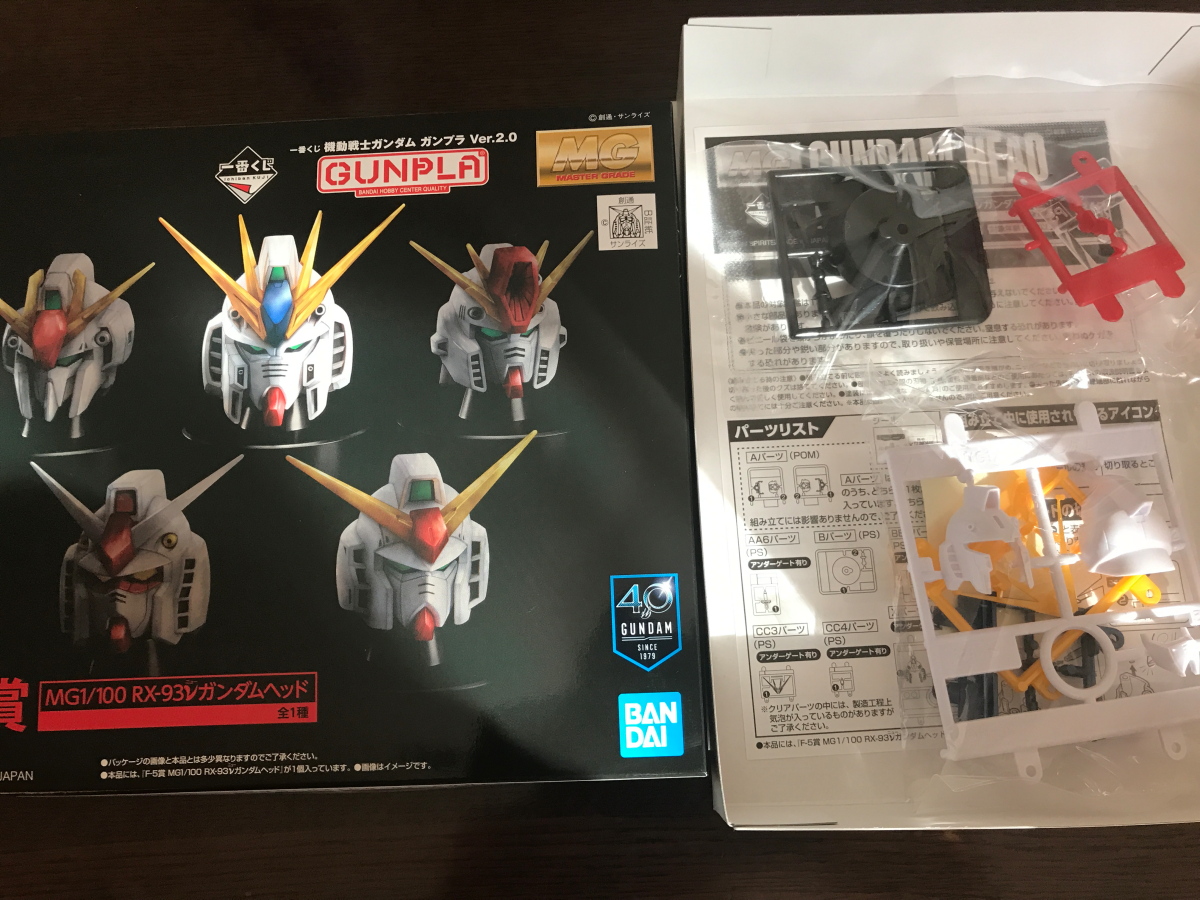