Today is the continuation of the Mobile Police Festival.

The rest of the work and basic painting. .

For the time being, I tried attaching rubber parts. . .

That ’s why I tried it before painting. 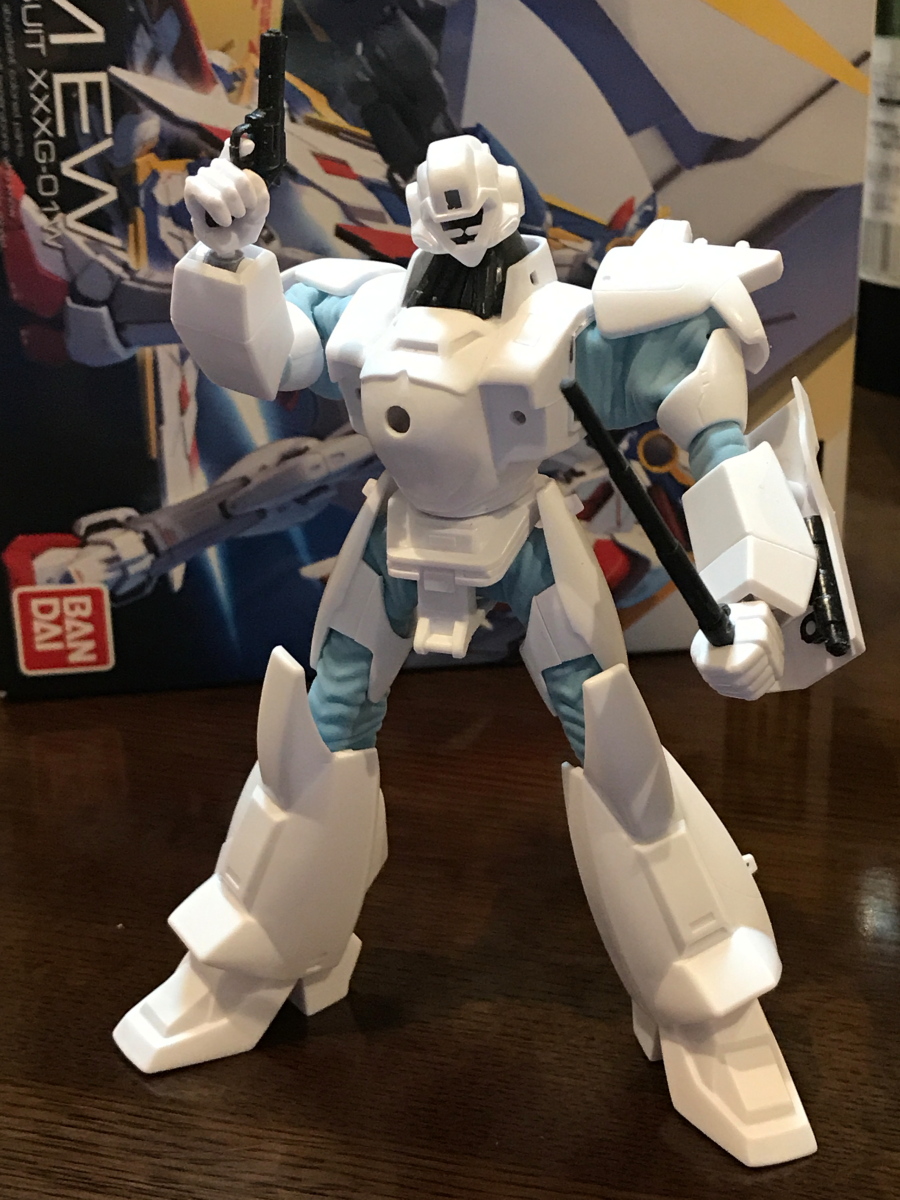 After all, when rubber parts are attached, a great atmosphere comes out. 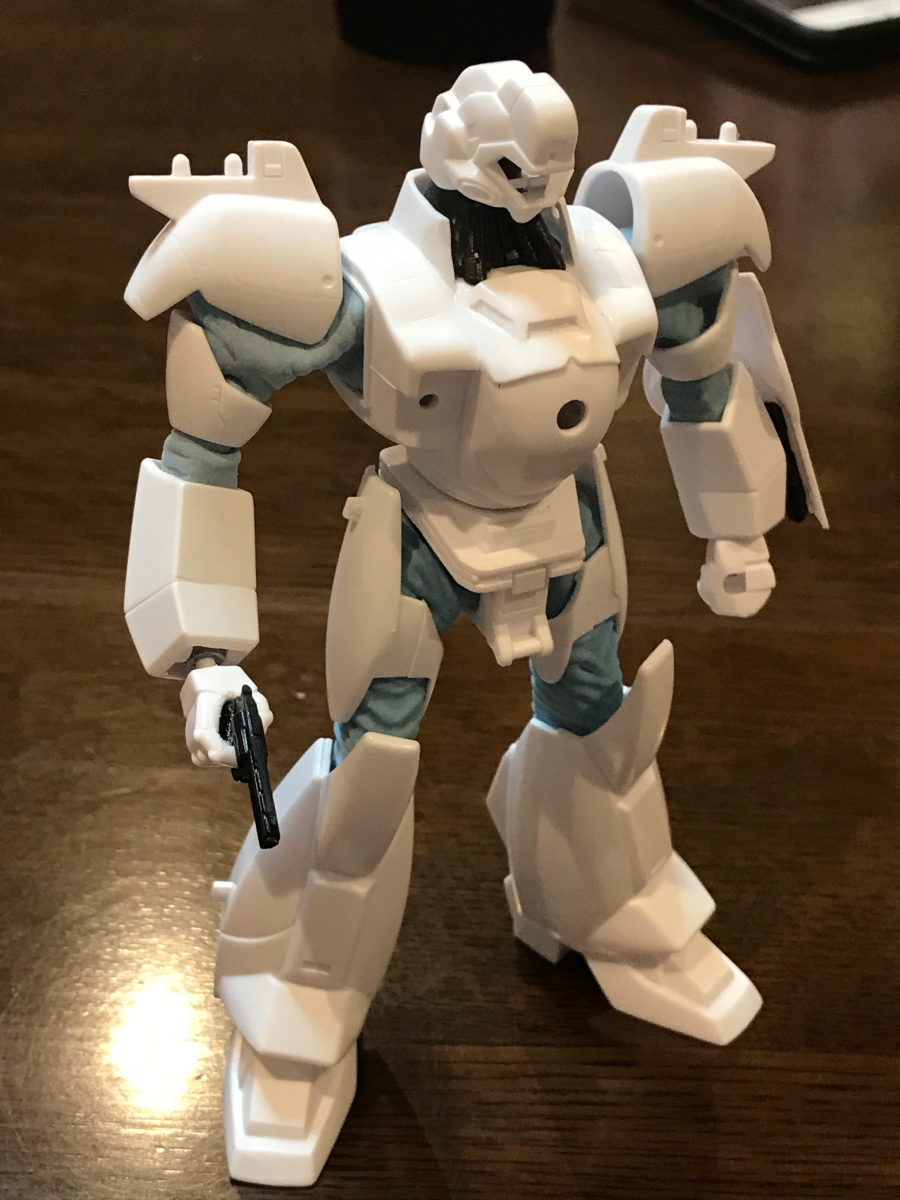 After this, I fixed some points I was interested in.

The calf parts are made by pasting two parts that are divided into front and back.

For this reason, it was difficult to erase the traces of the joints of the parts, so the mold was shaved and the plastic bar was re-applied. 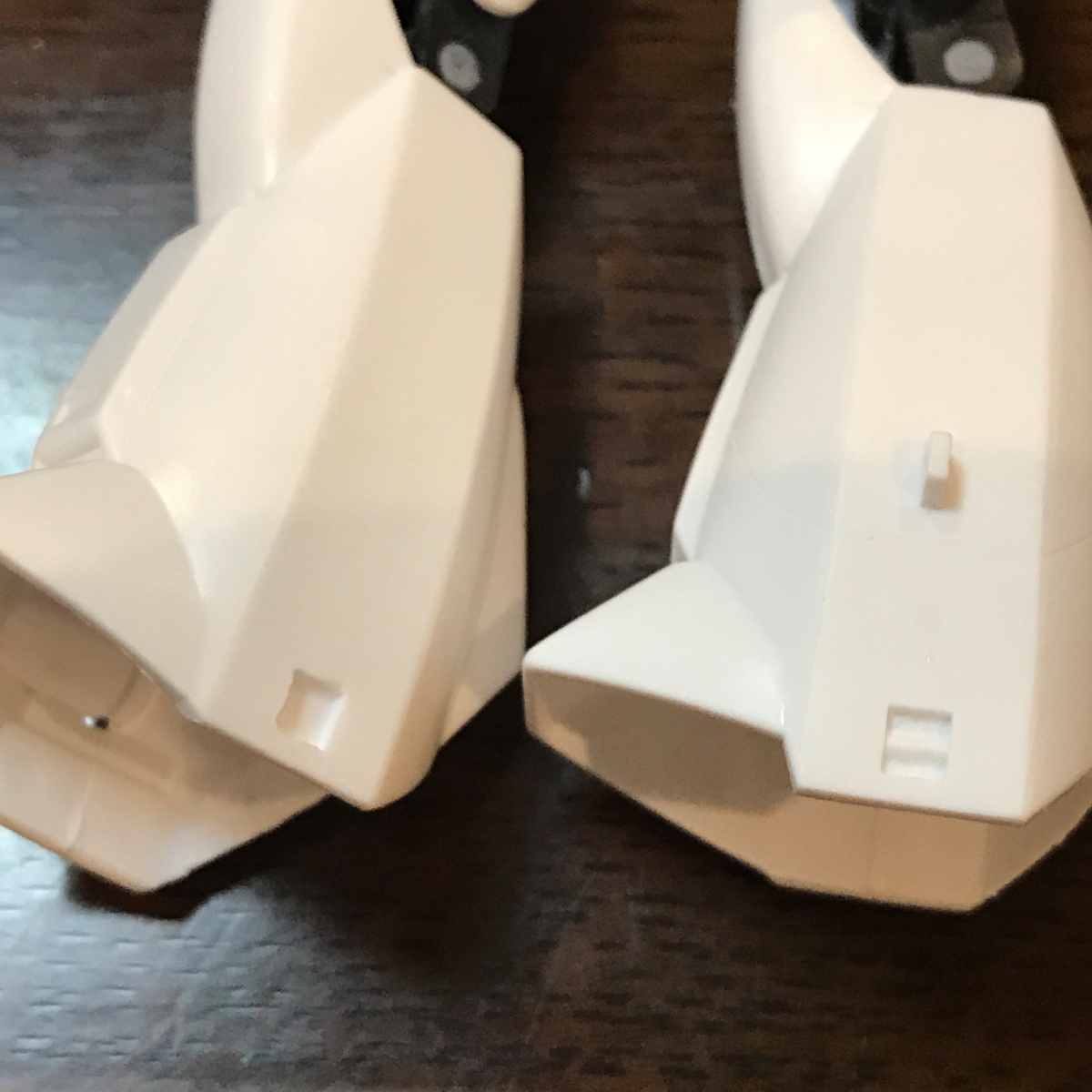 I put a ball joint on the ankle, but it doesn’t move much because the foot and calf parts stick together and interfere.

So, I tried using a ball joint component to put a spacer on the ankle shaft. 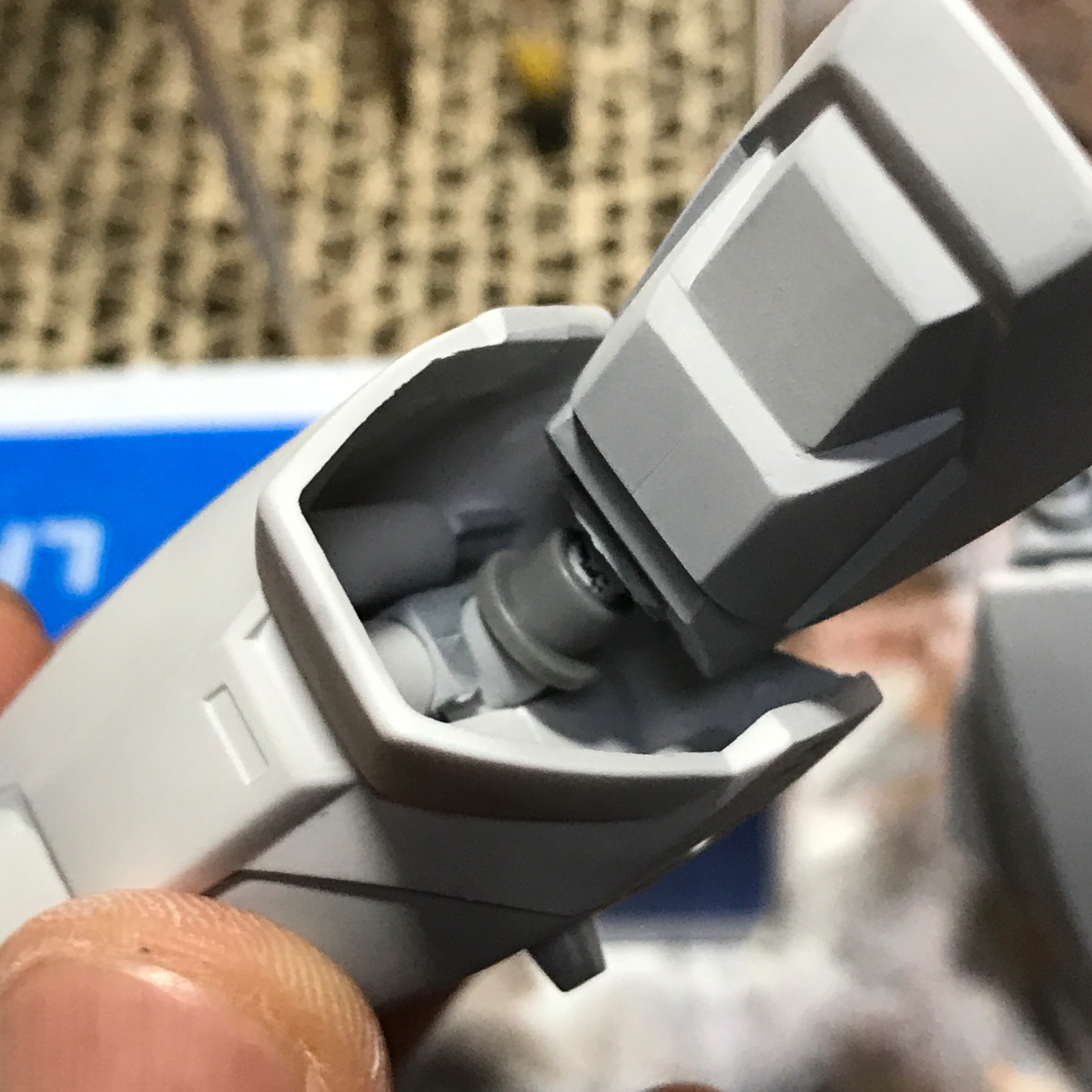 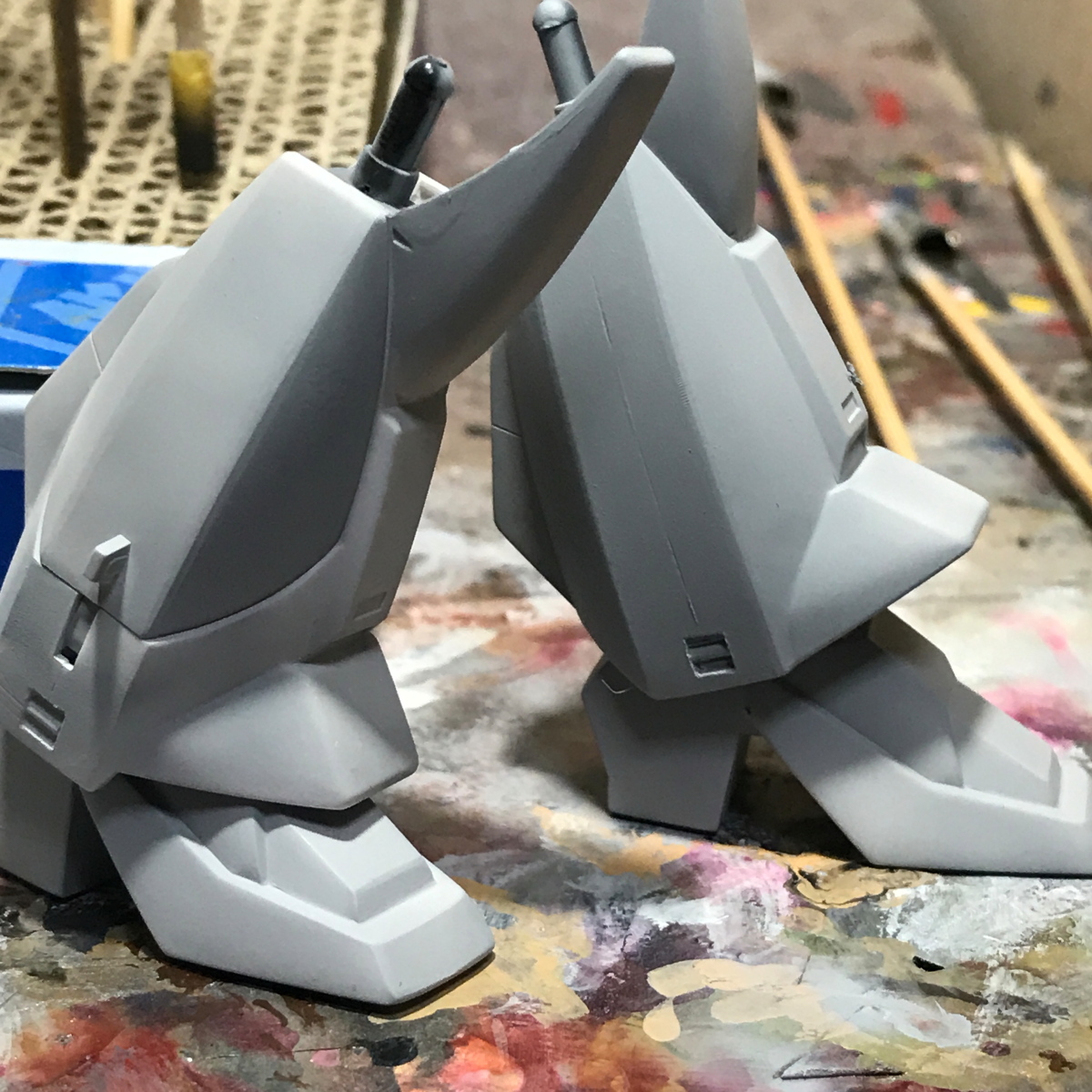 The grounding state of the foot has improved very much.

For the time being, I sprayed the surfacer and then white.

Because it is a Japanese police vehicle, basic, white and black.

After that, is it possible to paint black beautifully? 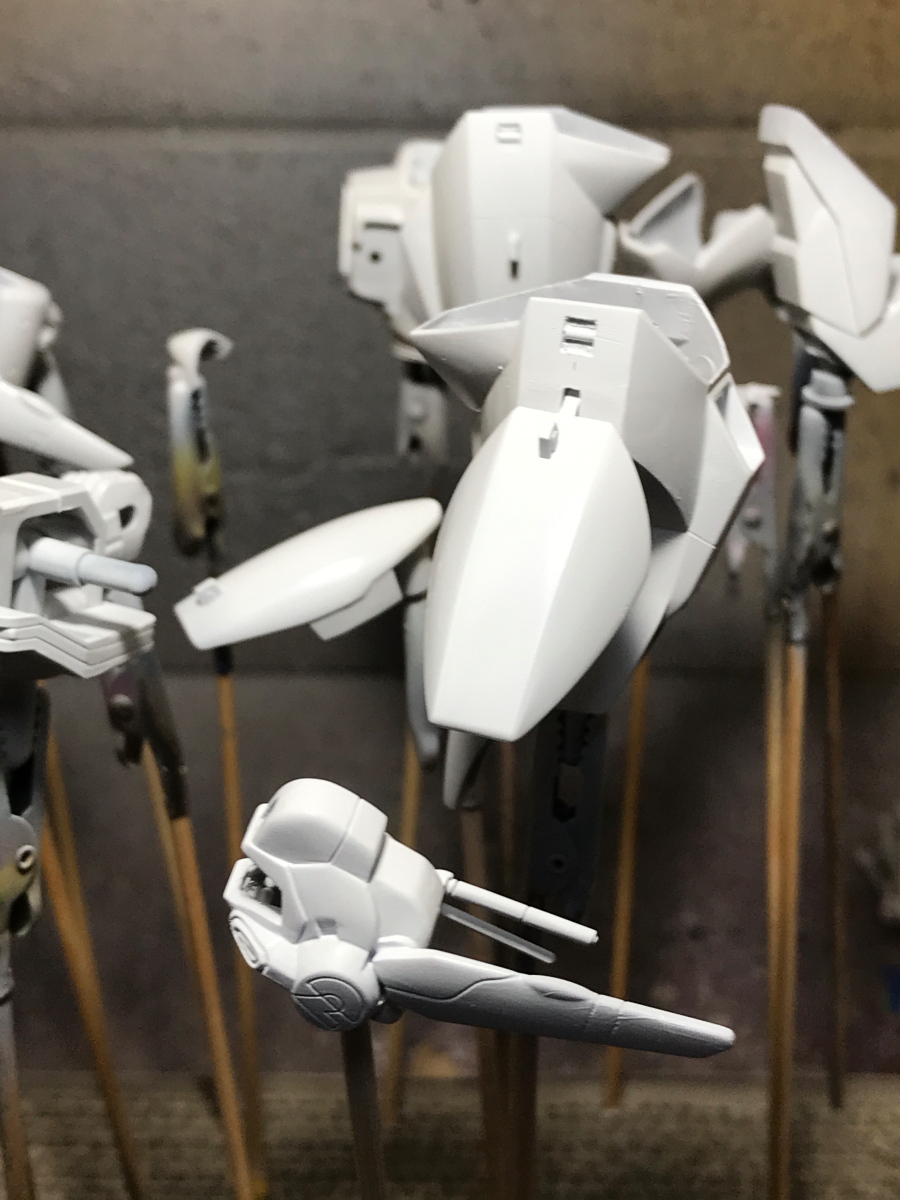 It’s been a long time since I masked, so my shoulders were stiff. 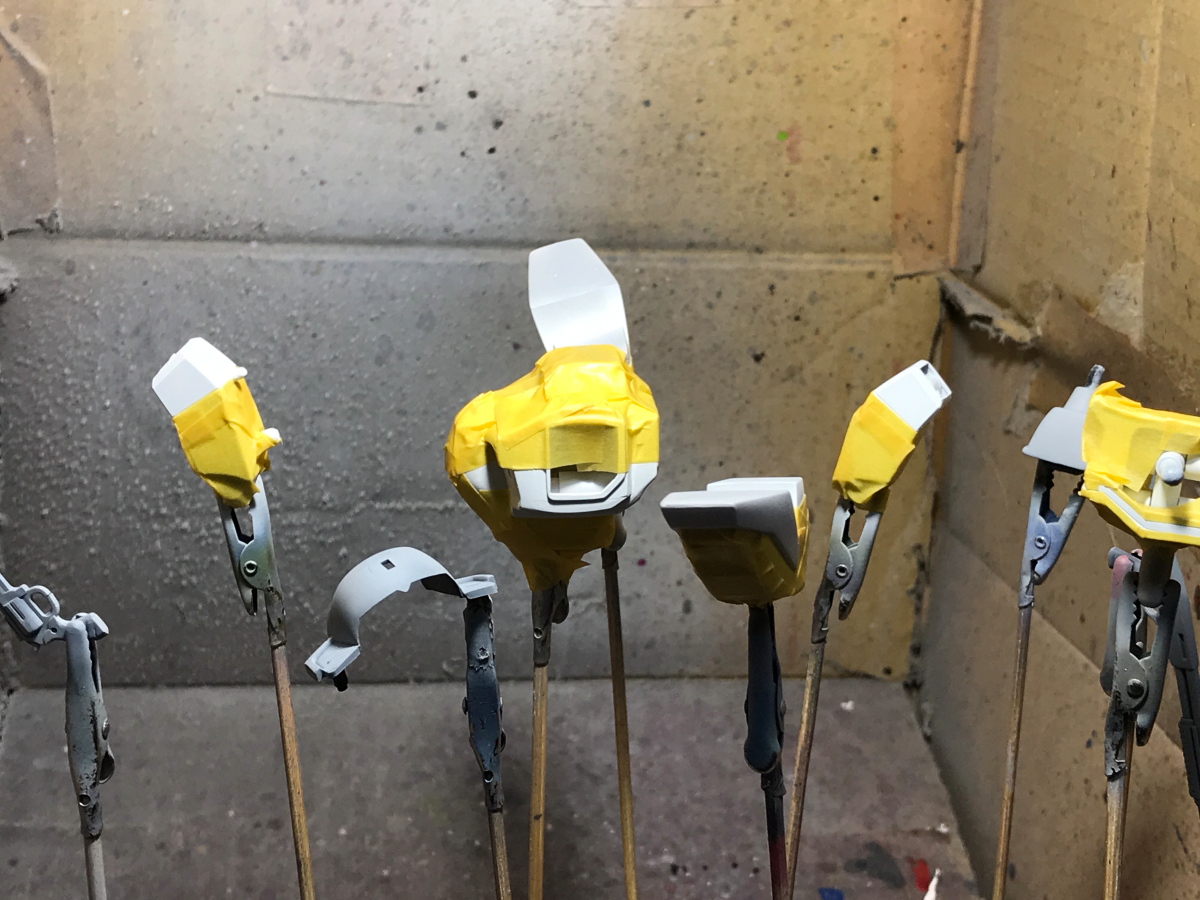 This time I am imagining the hood of a car and trying to go glossy. Black glossy, cool. 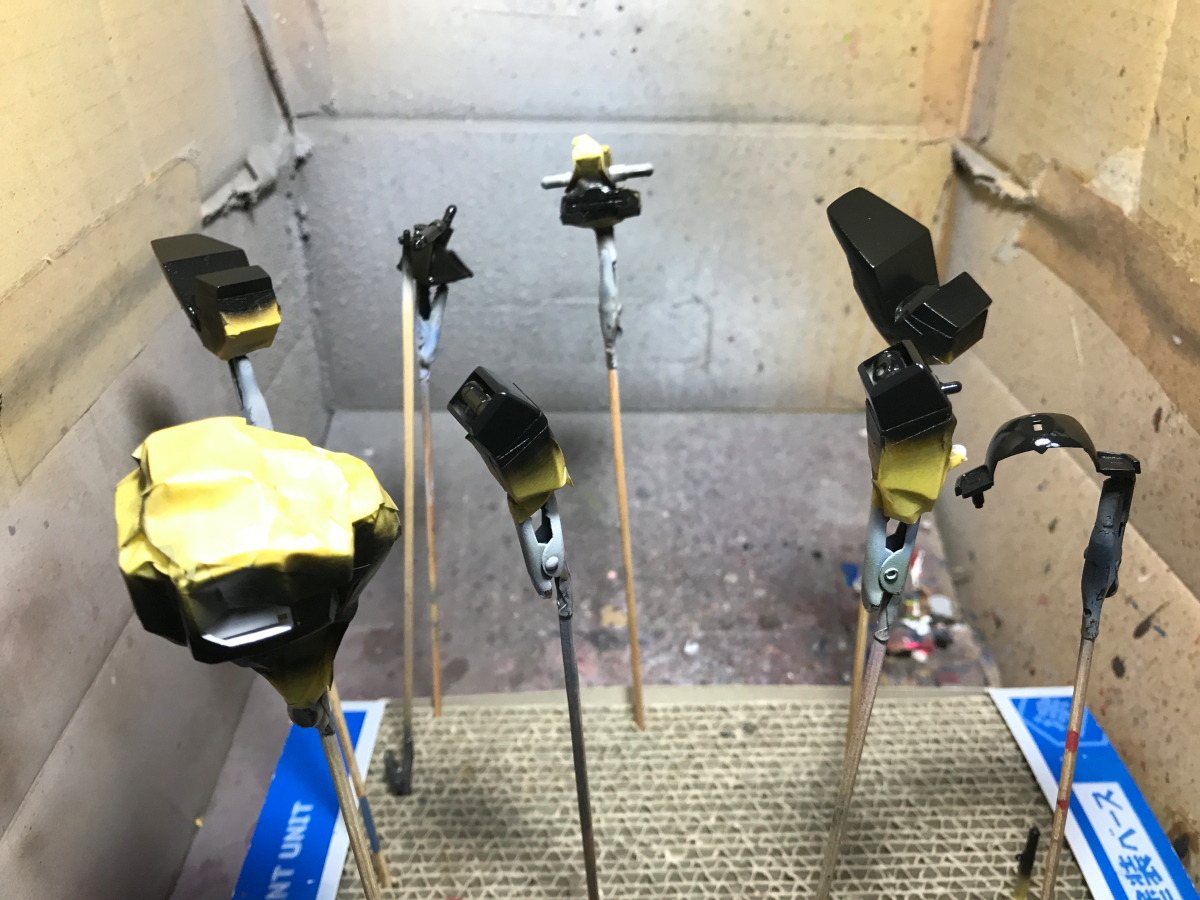 I haven’t stripped the mask yet, but I’m looking forward to seeing it after it’s dried well.

The shield was wiped with white and then silver was blown over the round mold.

Later, I will brush the enamel flat black and finally wipe off the black enamel paint on the round mold. 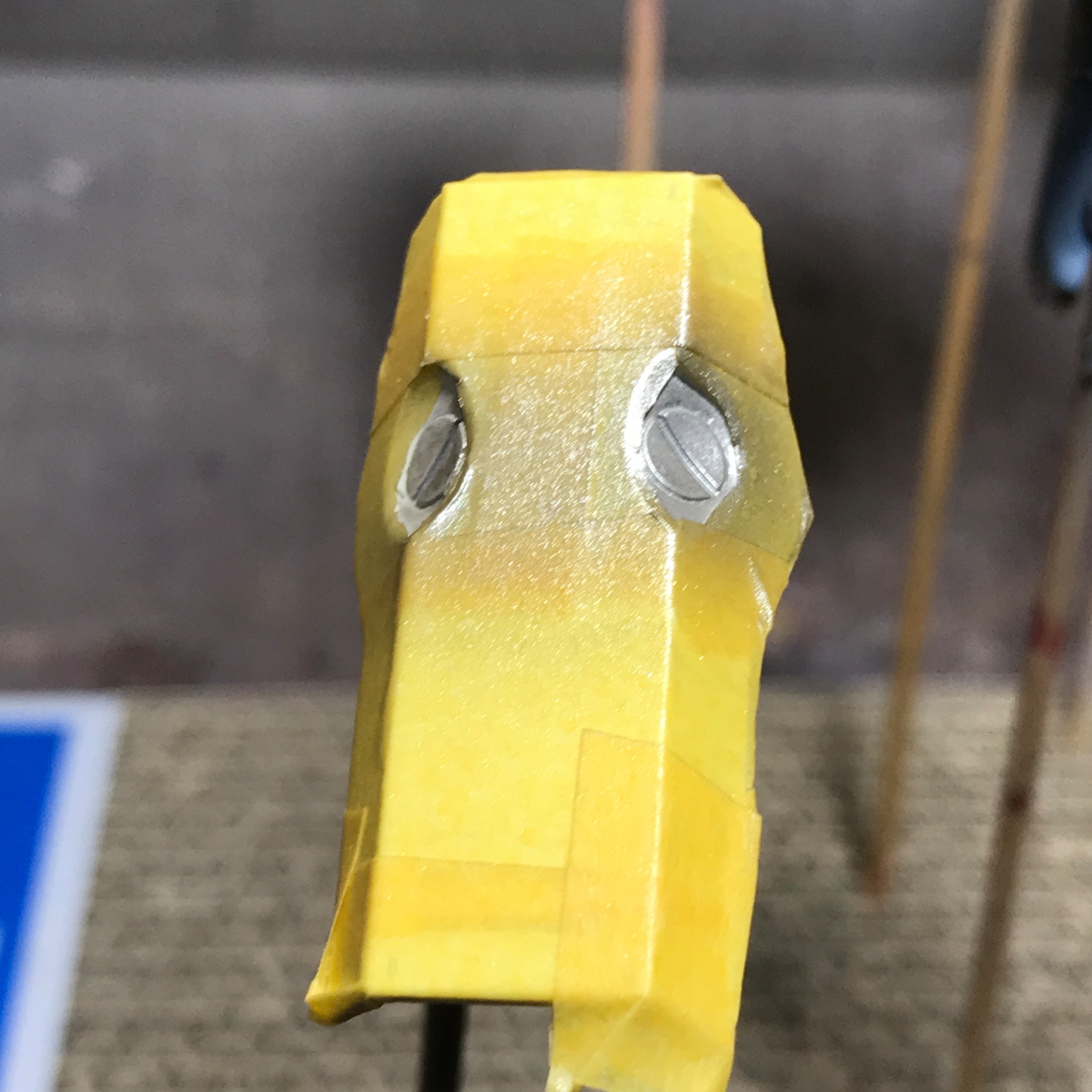 The revolver cannon was painted with black iron after opening the muzzle with a 0.8mm pin vise.

The grip part will be brushed with enamel later. 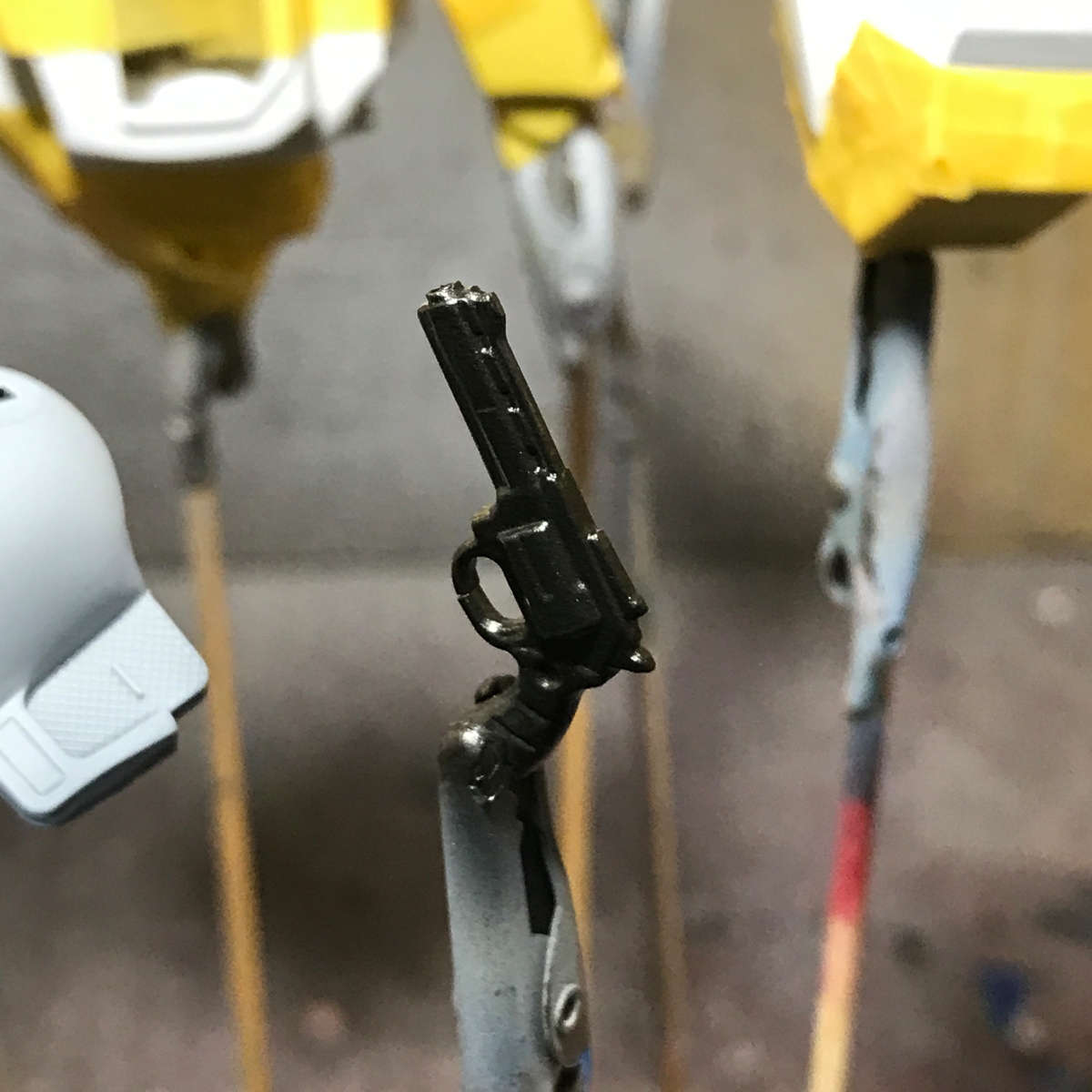 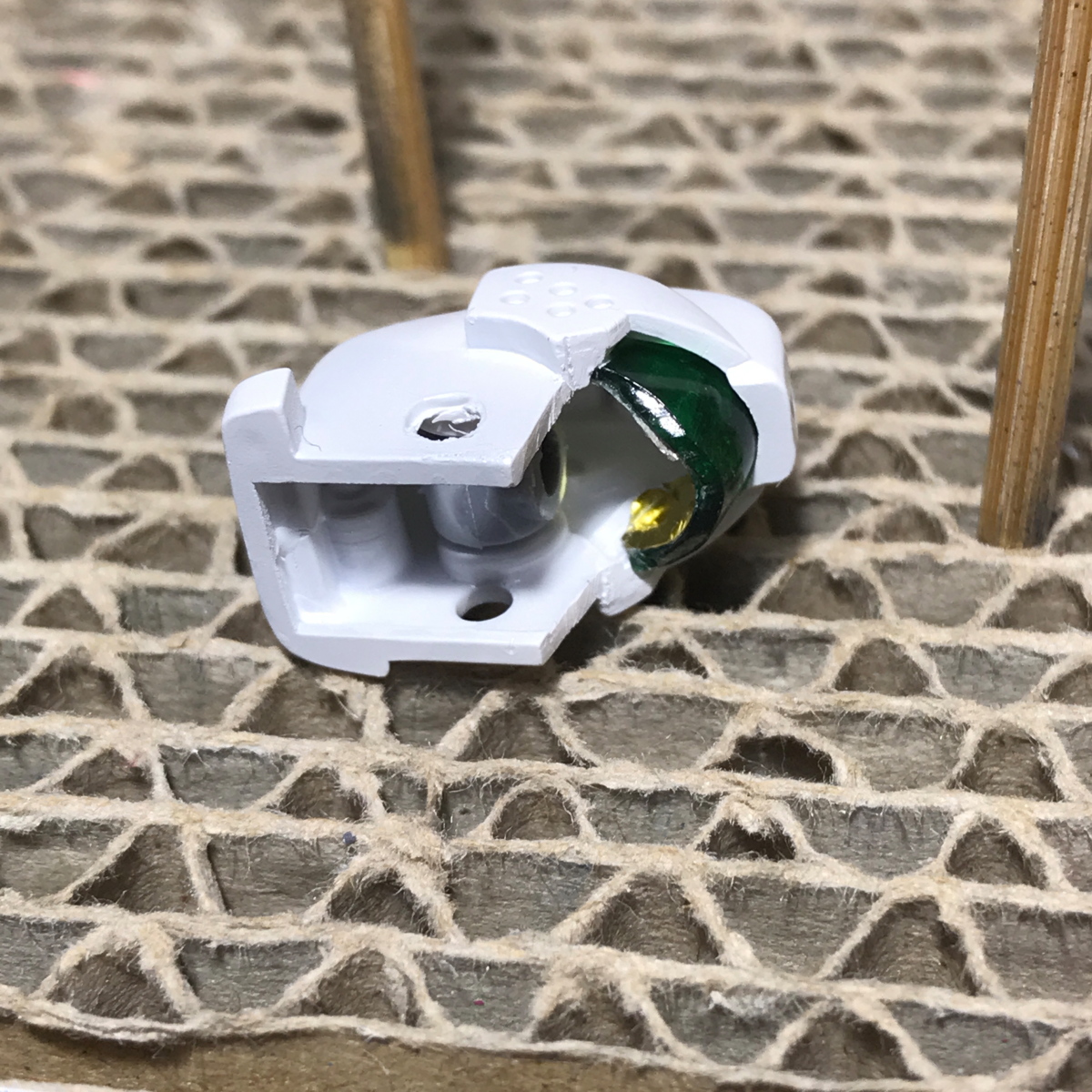 When the clear parts were attached to the head parts after painting, it became beautiful like this. 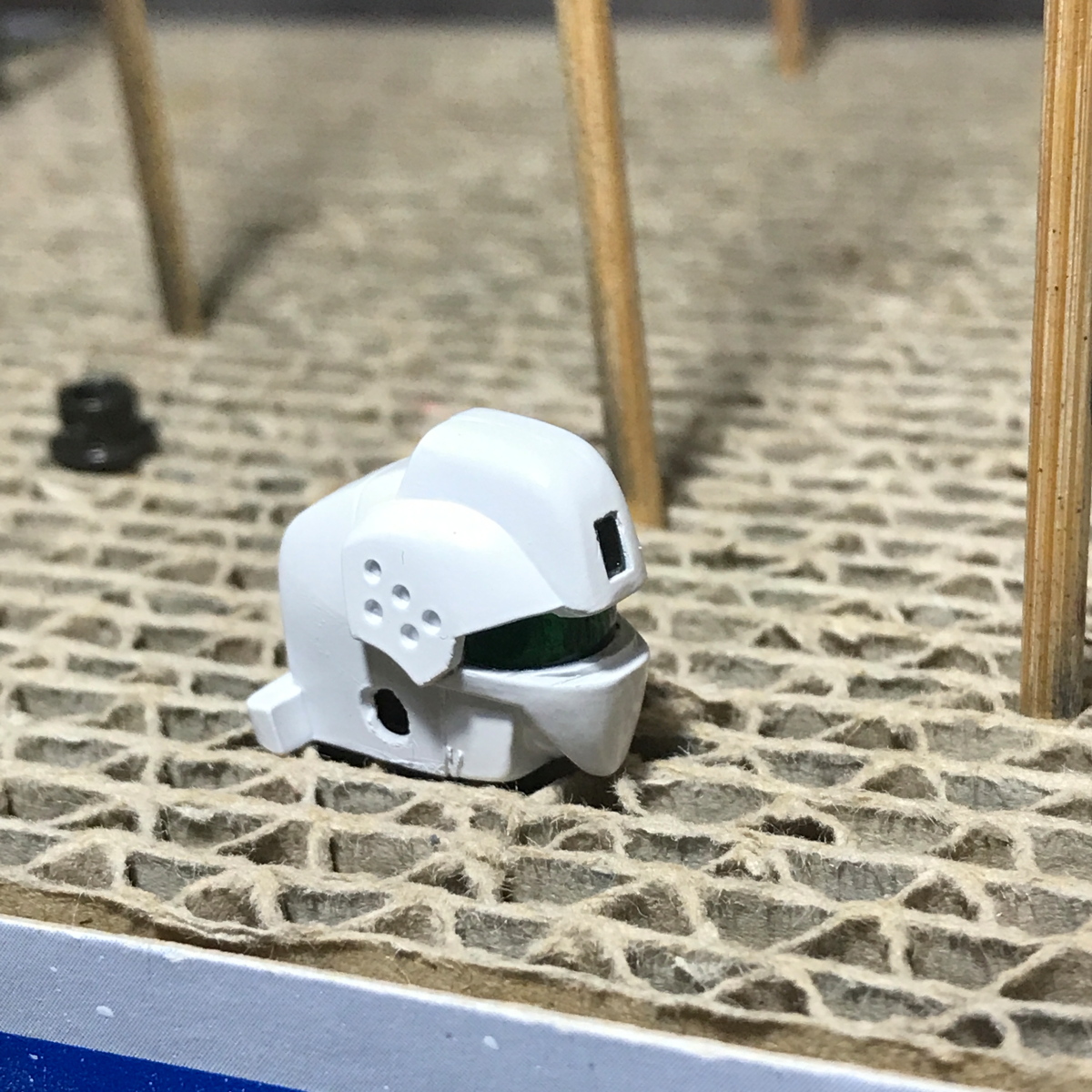