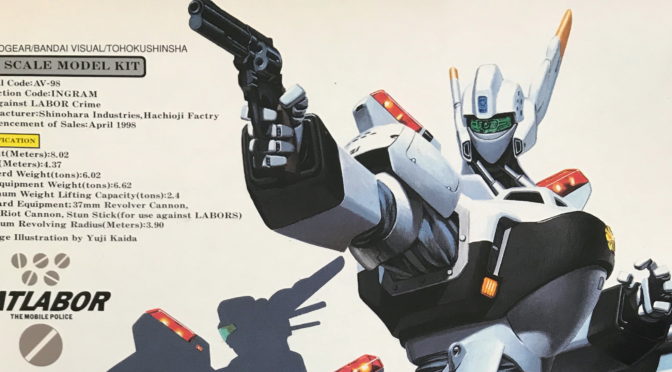 I began the publication of the article in English on today.

I bought five sets of the Patlabor plastic model the other day in Mel Cali.

So, I have started Patlabor Festival alone.

At first , I just assemble a kit. 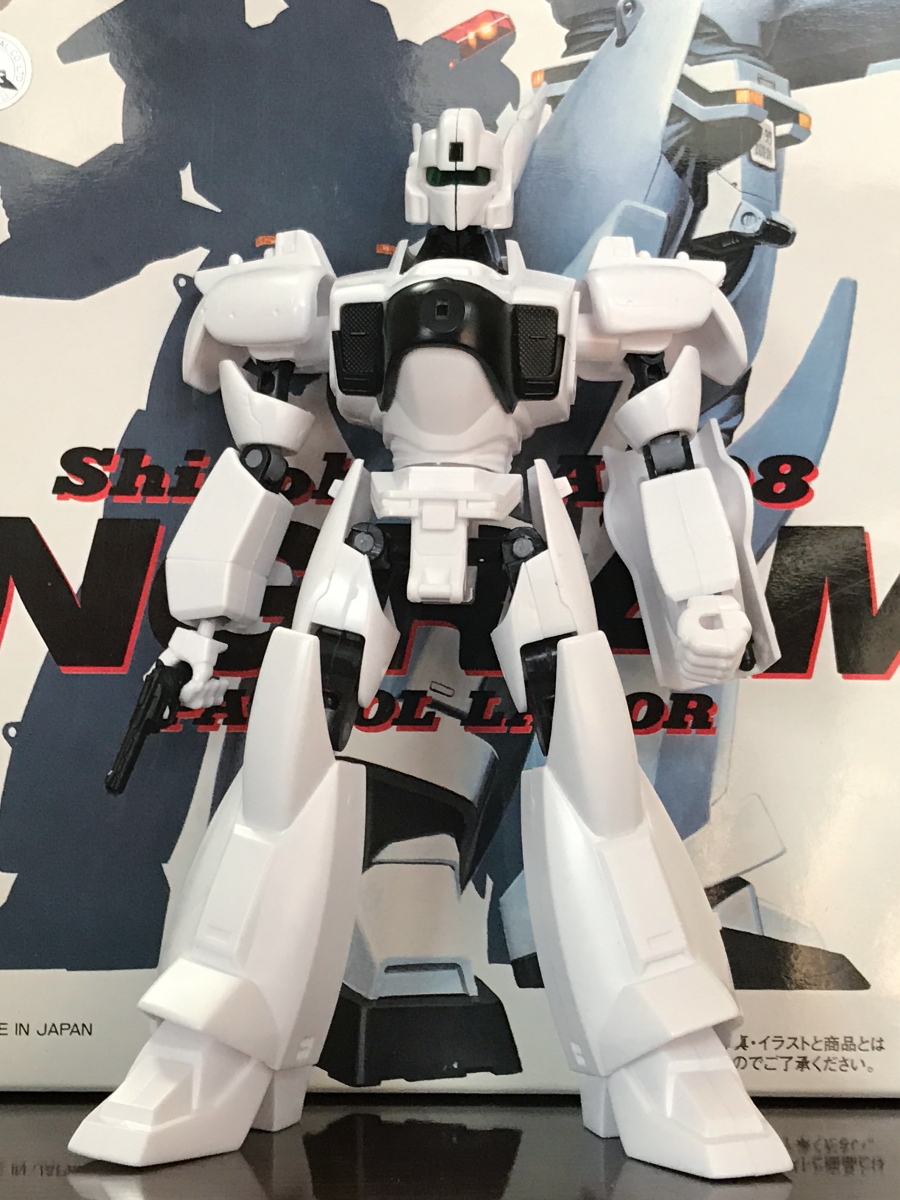 It can get such a pose, too.

It cannot hold a gun with both hands, but Joints move well. 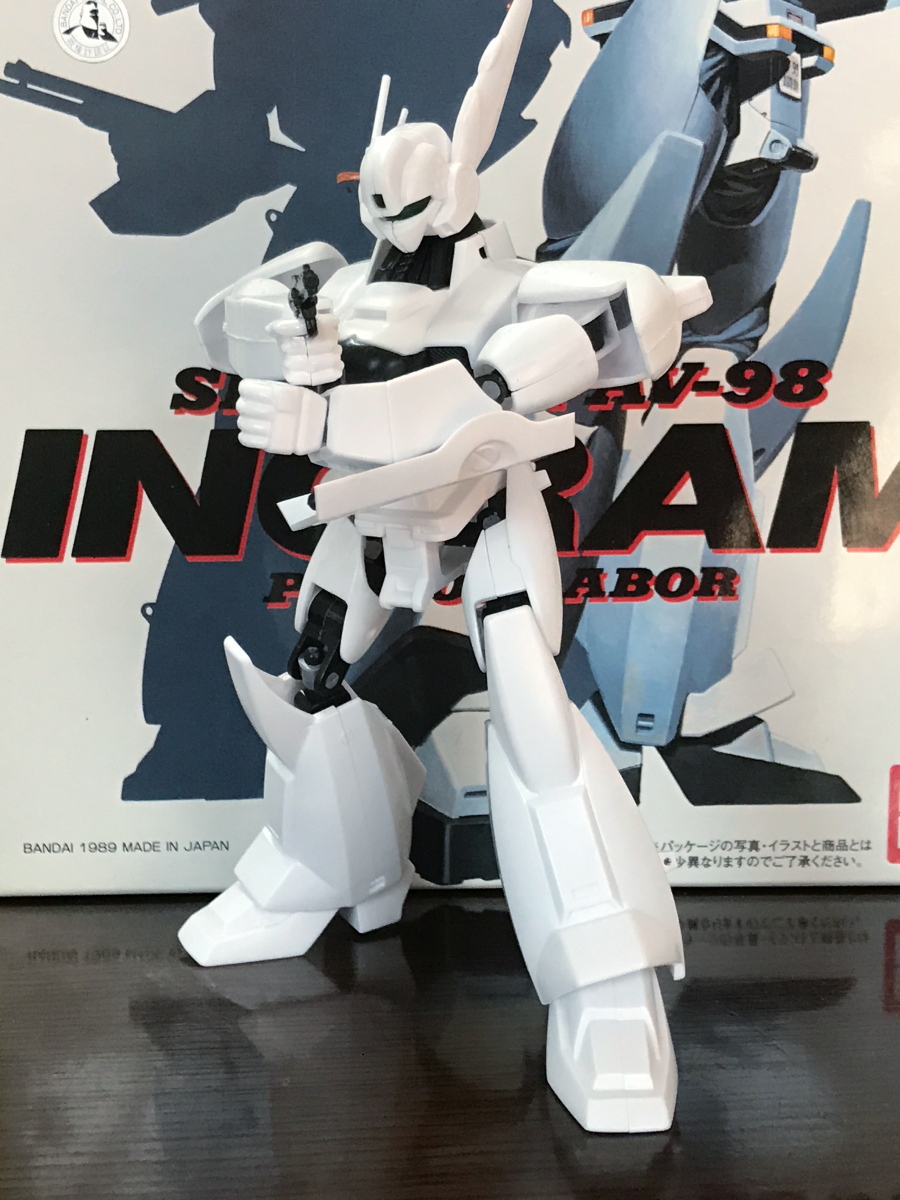 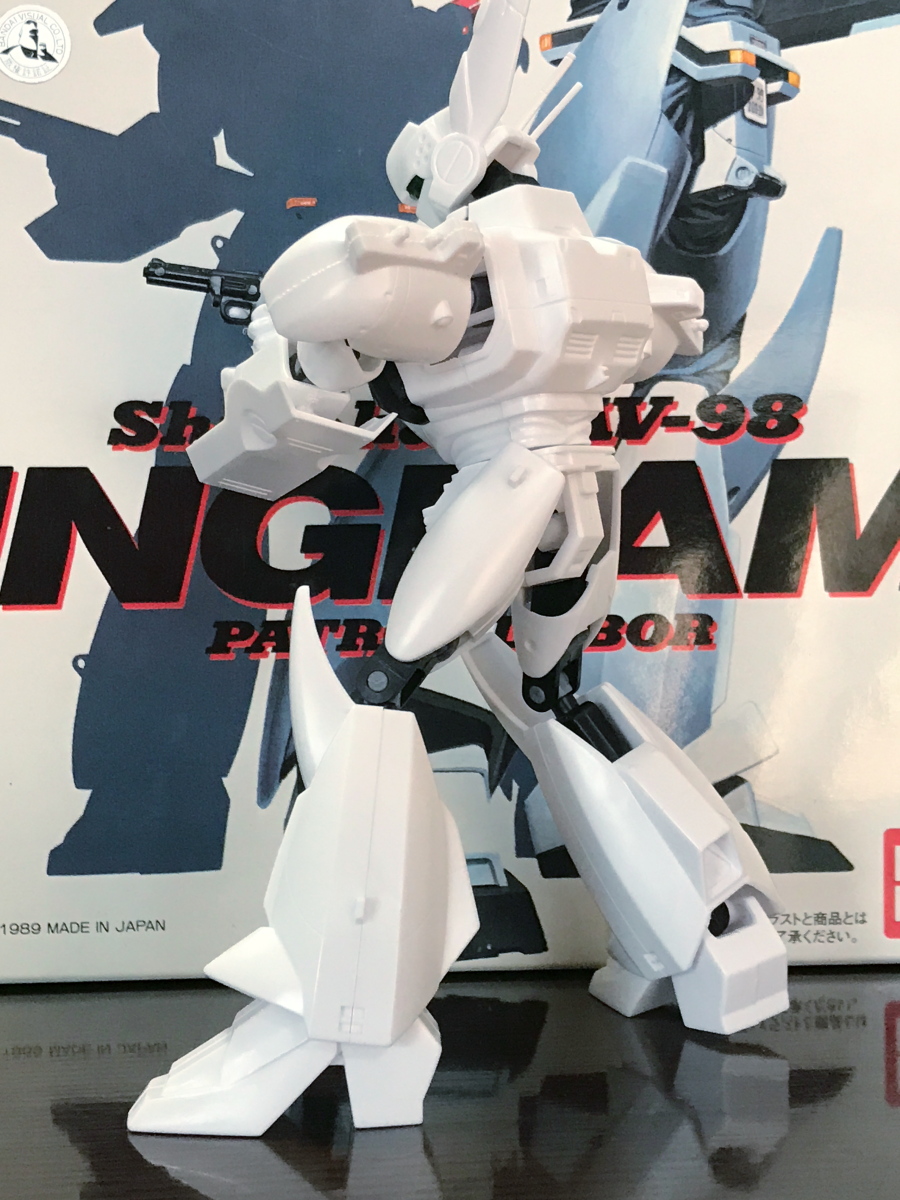 【Specifications compatible with the first unit, the second unit】

A face and the shoulder are included in the second unit (Ota machine) version. Because it is all connection with a polycap, substitution is possible easily.

This is extremely nice.

The person who thought about such a kit which can be idle is a genius in those days.

I replace it, and this is an Ota machine version.

By the way, there is some burr because it is an old kit. burr of head parts interfered the face of the Ota machine with clear parts and was not attached well first.

It is plastic model love to coordinate parts carefully. (laugh) 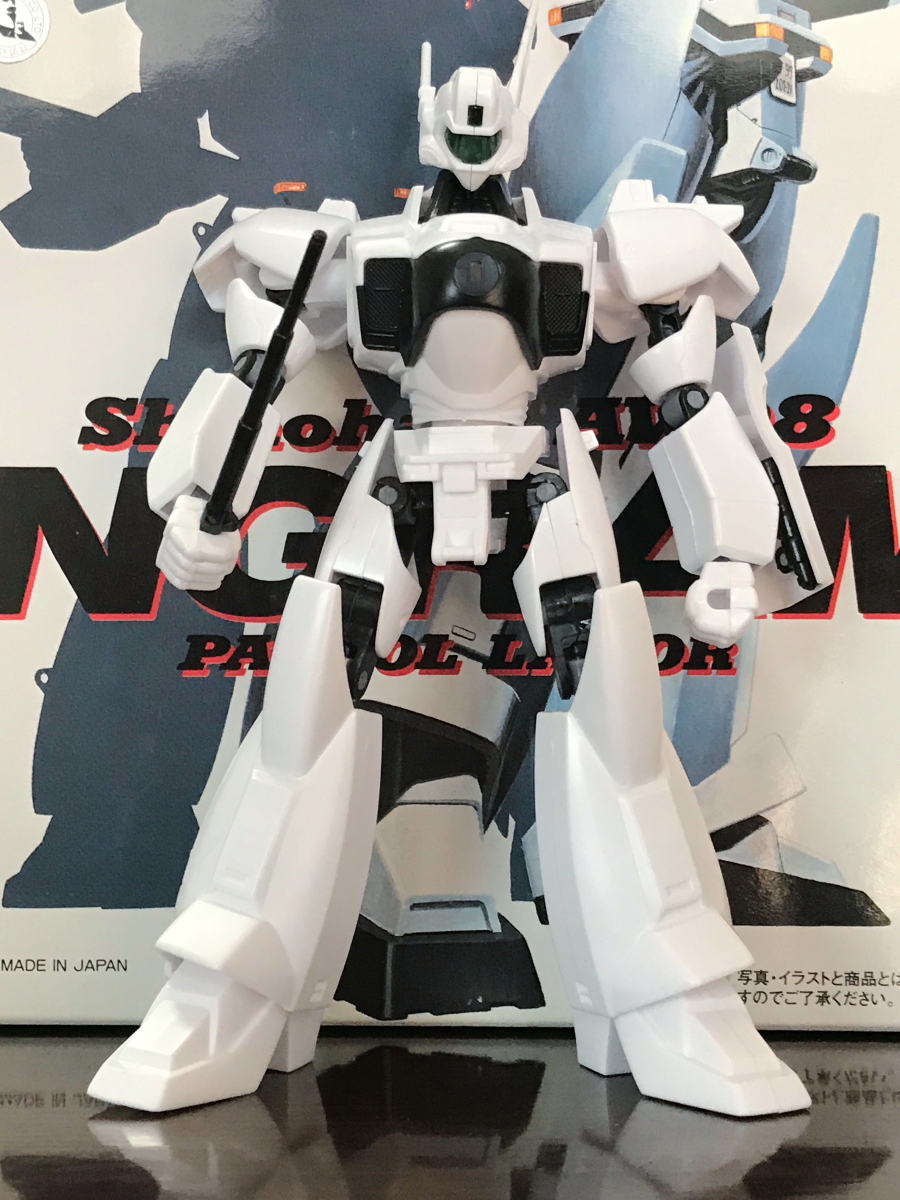 Because I feel a revolver canon to be small, I may adjust it later. 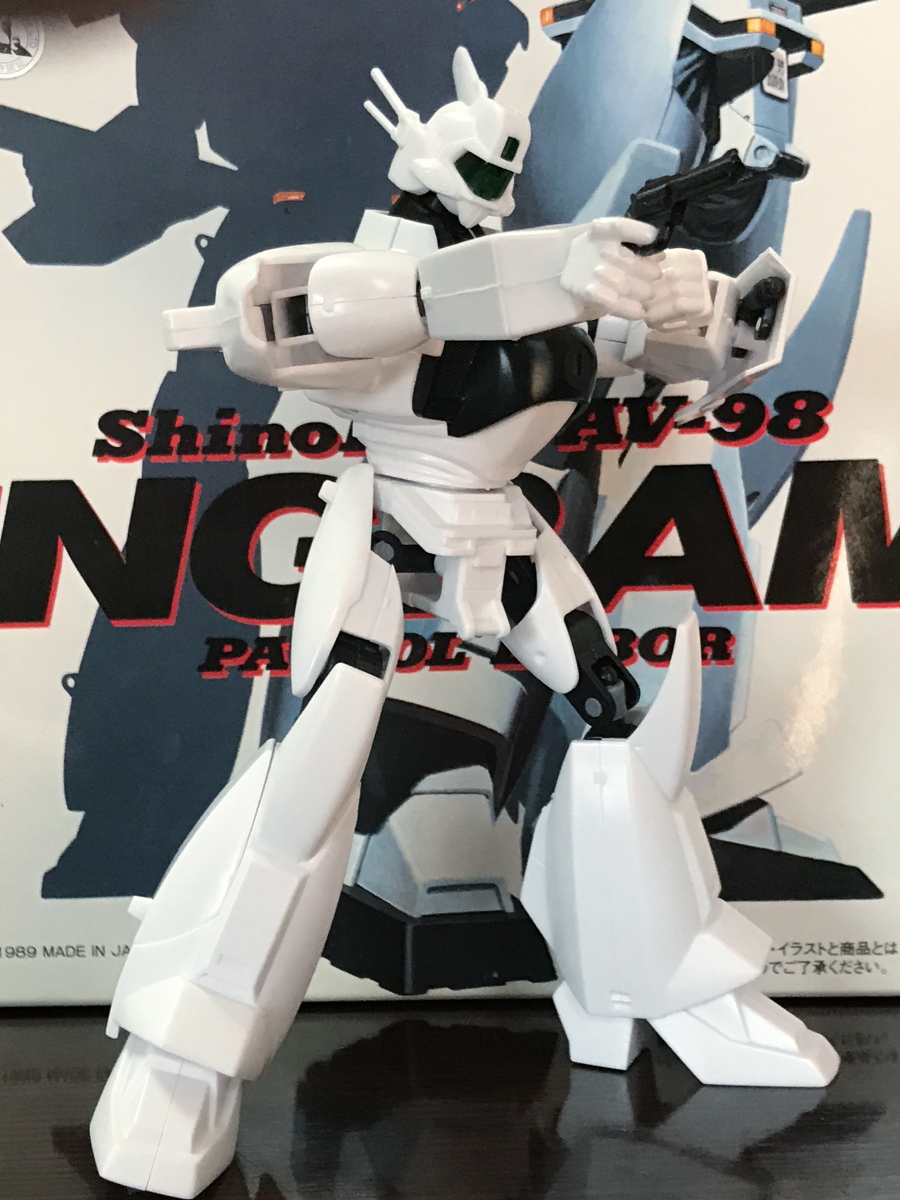 As for the joints, it move plenty in many axes.

Because the armor of an elbow and the upper arm becomes independent, is quite delicate; can adjust it. 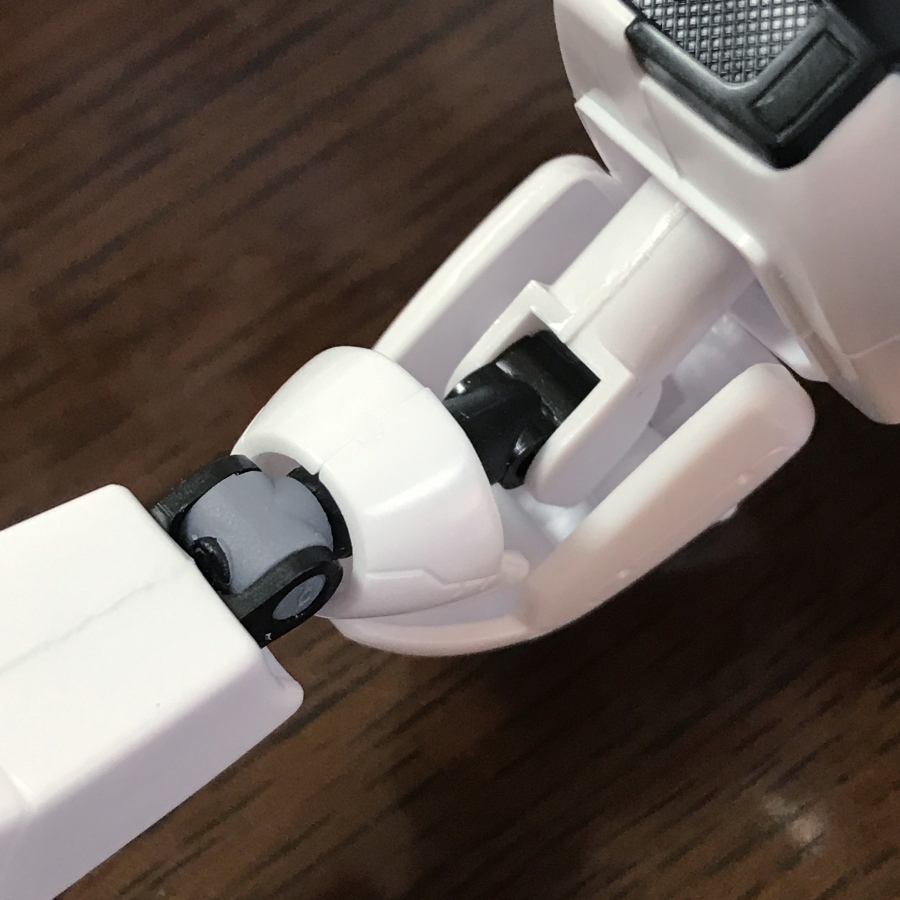 A hip joint. It is biaxially,too.

But the foot does not open because the armor of the thigh interferes it.

In addition, there is no problem because I can turn it from the place of the polycap of the knee. 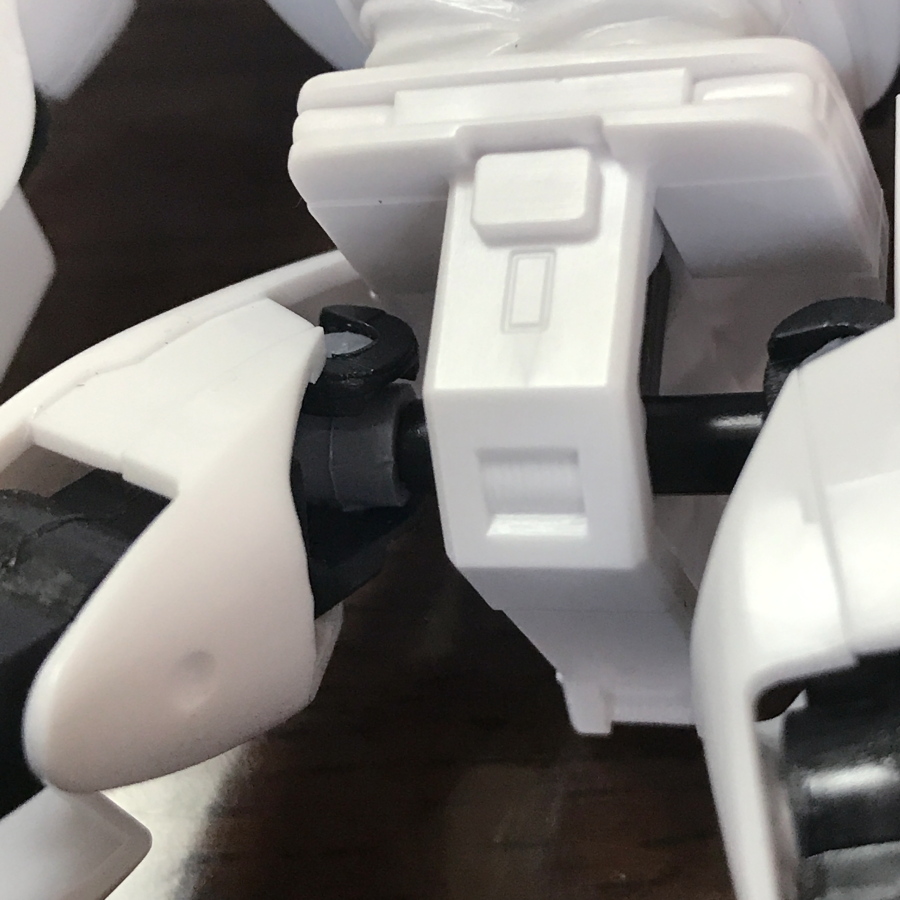 And I forgot to take a photograph,  a ankle joint is  biaxially. But I intend to attach a ball joint because I cannot twist the ankle.

【This kit gets the balance of a degree of difficulty to build and the value to play.】

I thought that this kit was really good.

Joints move very well, compatible specifications of the first unit, the second unit, but this kit contains only  three runners.

And It does not only take half day if I only assemble it.

Is this not great?

The recent kit moves very well, too, and have various gimmicks.Only build it , It is completed very realistically.

But I feel it has too much number of the parts.

This kit is the number of few parts, but realizes considerably high quality.

I think plastic models have something like game balance.This kit realizes the balance at a high level.

I like it, and I want many people to touch it by all means.

By the way, the next intends to remodel the joint.

Then see you next week.

【I participate in ranking.]
Please click a banner, and, support me.】