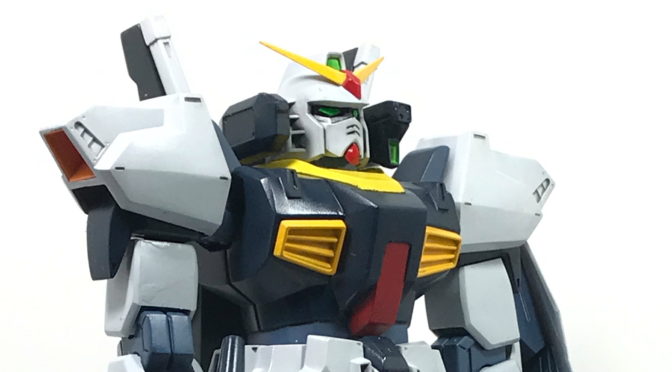 The head is a mechanism where the neck axis is sandwiched between the left and right parts. 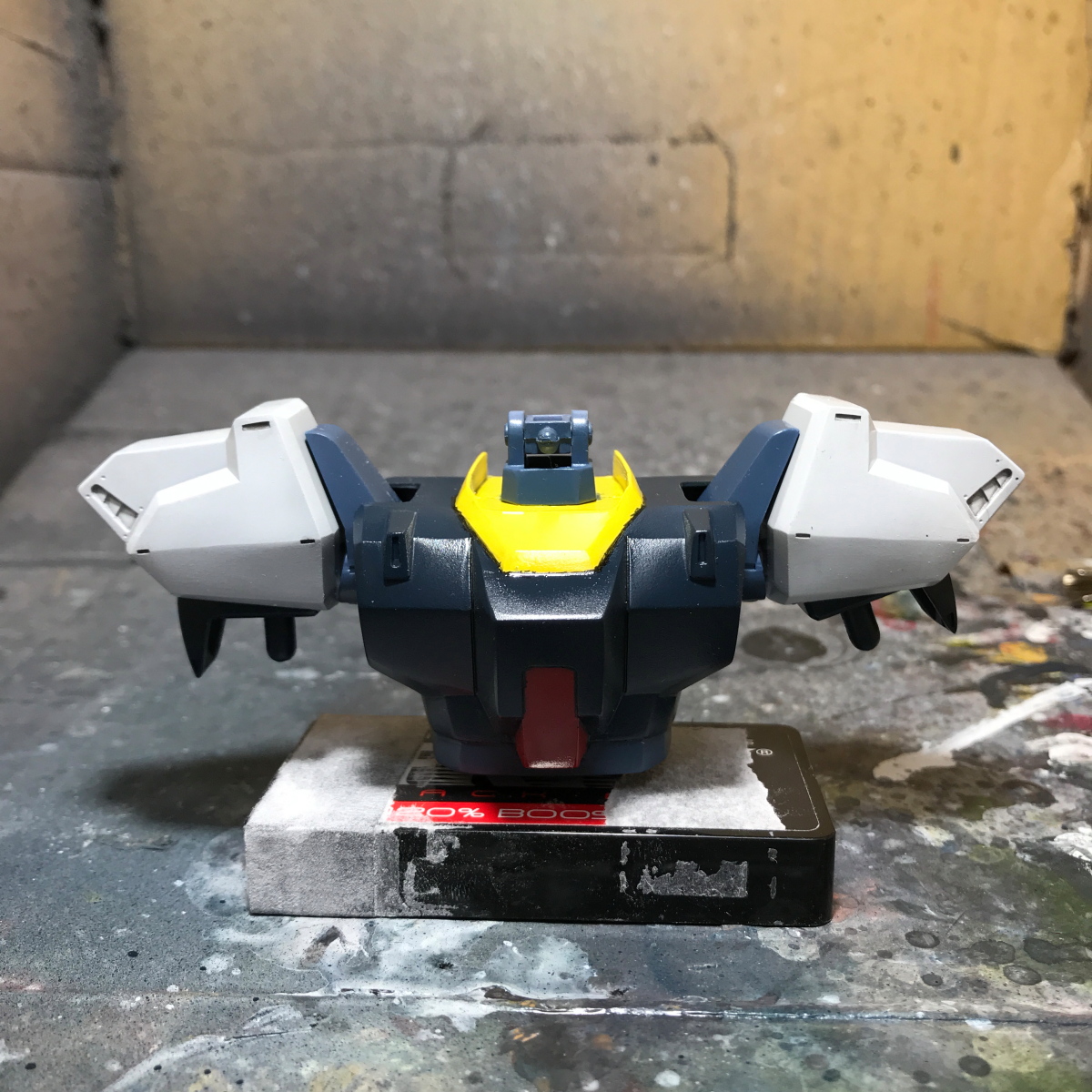 In this state, mask the torso. . . Put on!
(Pressed with rubber band.) 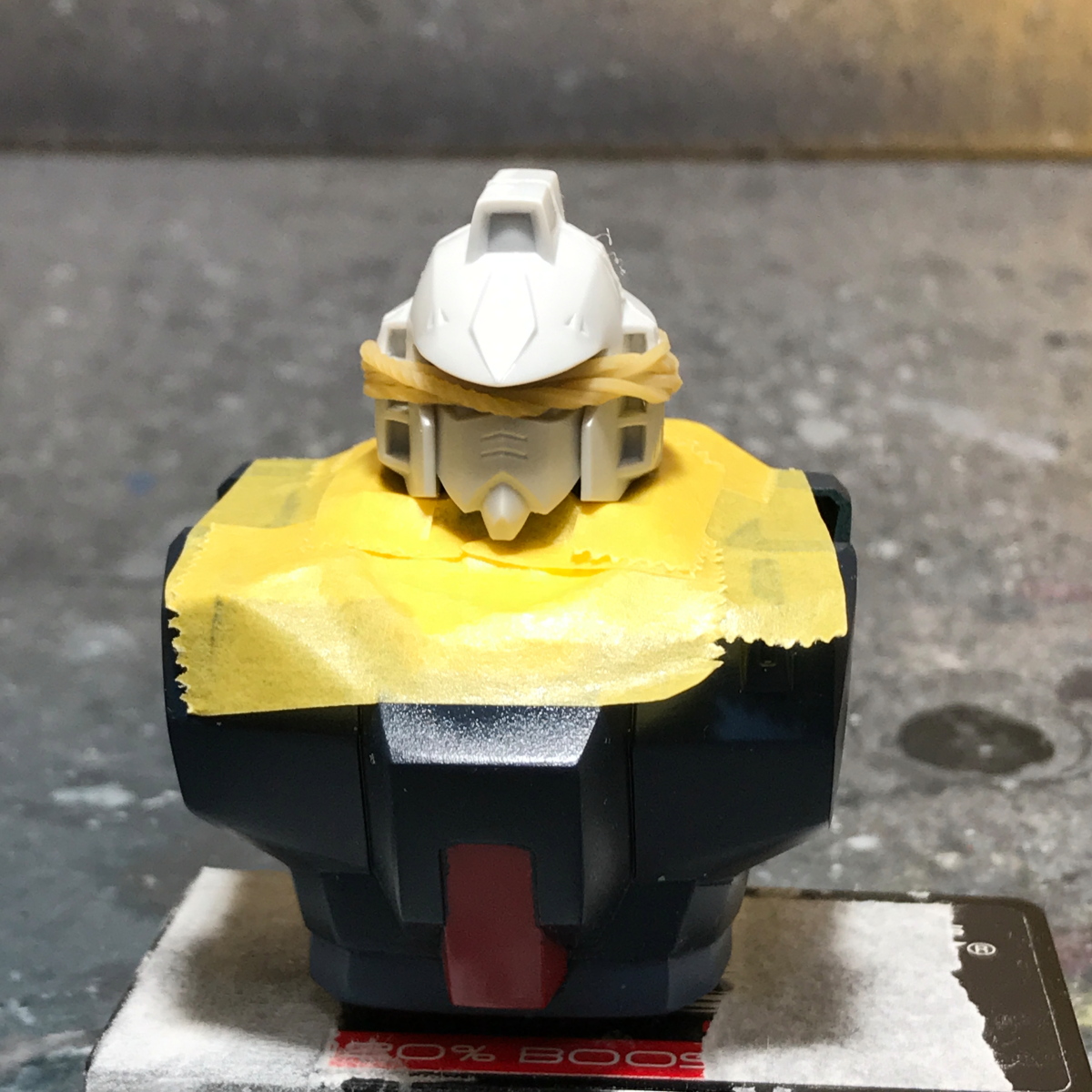 And when you paint it it looks like this. . . 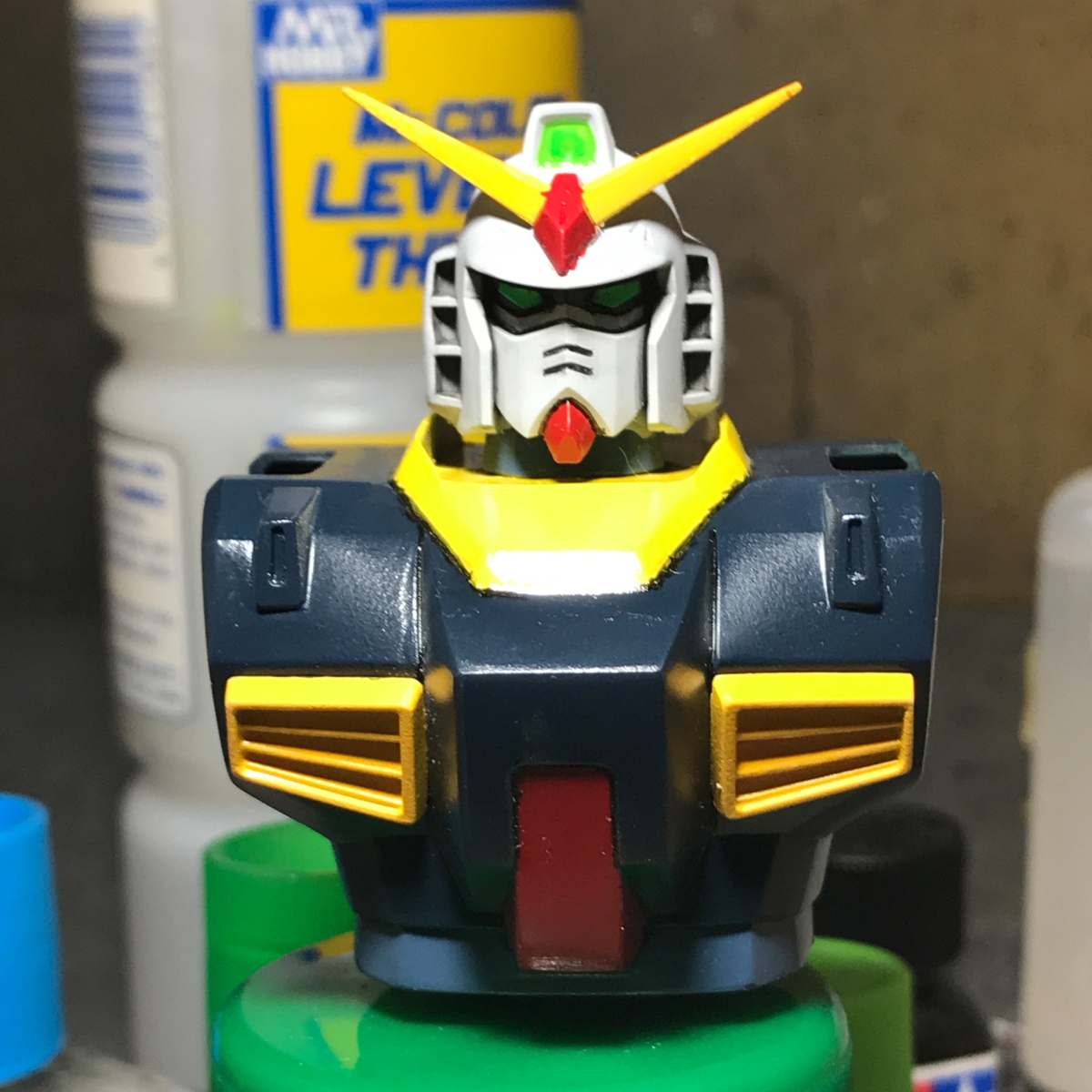 However, my intention was to make the soy sauce look lighter, but a lot of inking paint flowed and the face became darker.

For the lower body, first pinch the foot joint. . .

Use a rasp to smooth the bonding surface of the parts.

I recommend that you precoat the parts in advance and repaint only the part of the adhesive surface that has been filed. 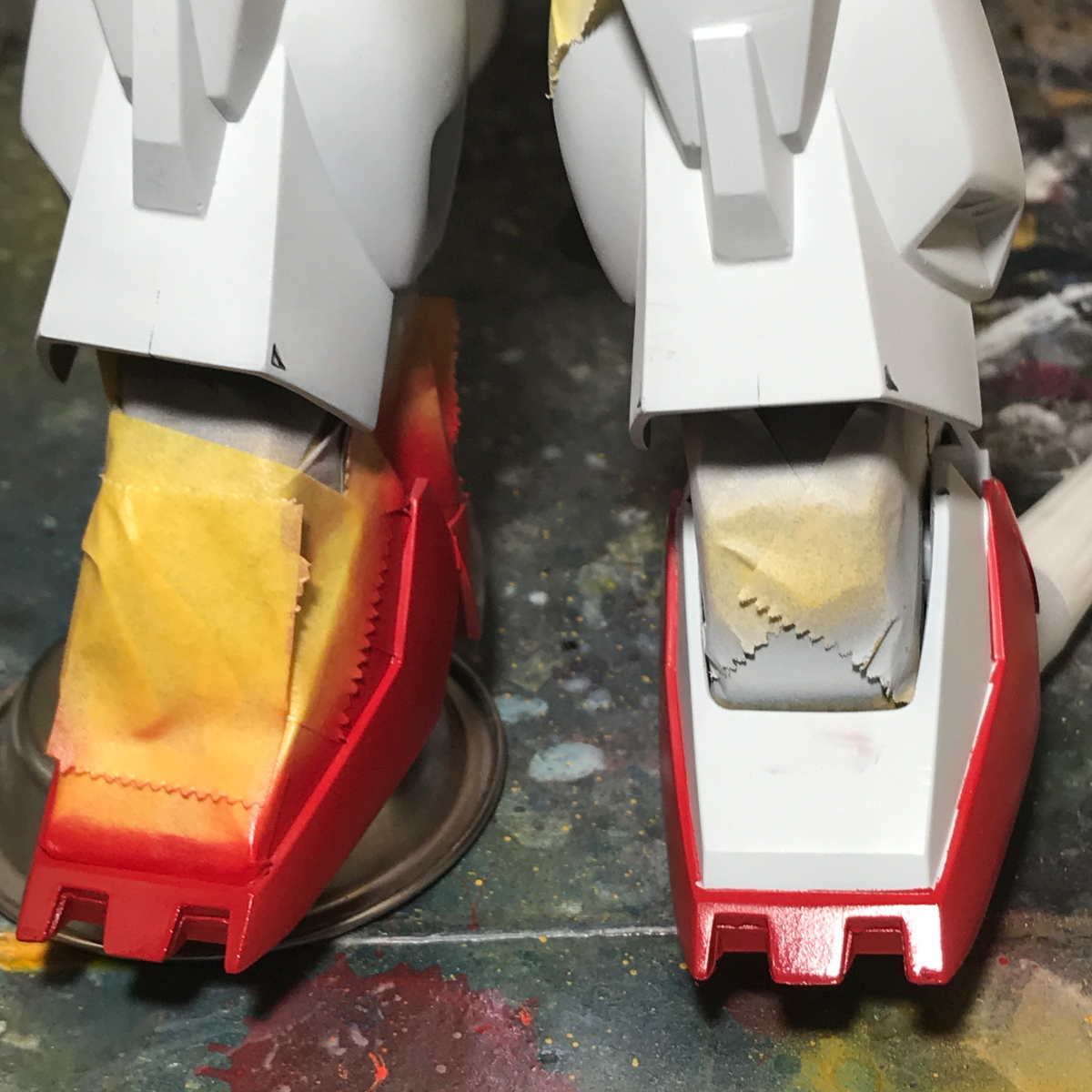 This side also needs masking.

This time, I painted the details with the Gundam Marker Airbrush System.

The painted areas are the V antenna, the shield window, the chest duct, and the vernier hole in the calf.

impression. . . very good.
To use, just put the Gundam marker on the tip of the airbrush.

It is very convenient not to clean the airbrush. . .

When blowing where only a small amount of paint is used, it is cumbersome to wash once, but the Gundam Marker Airbrush can easily change the color. 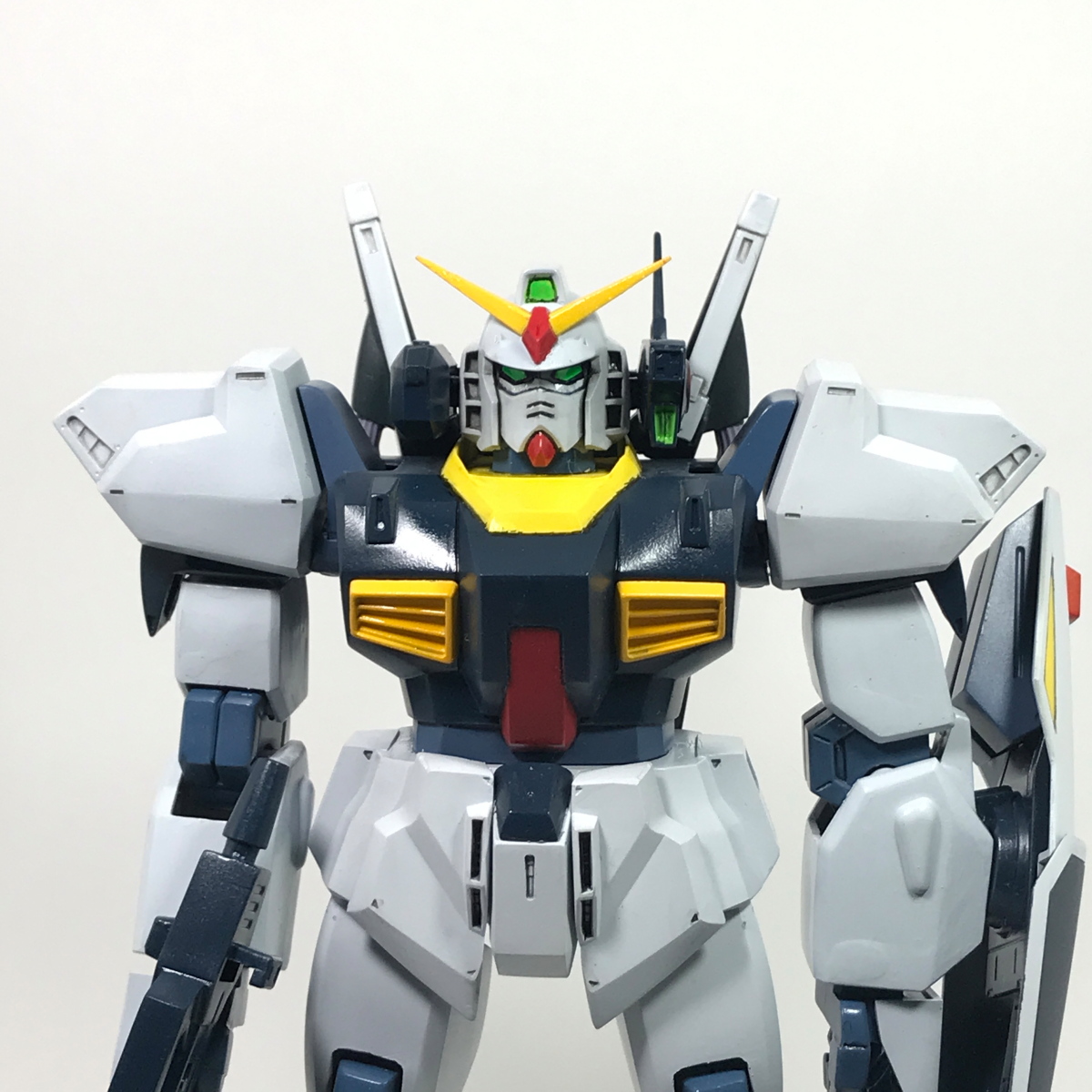 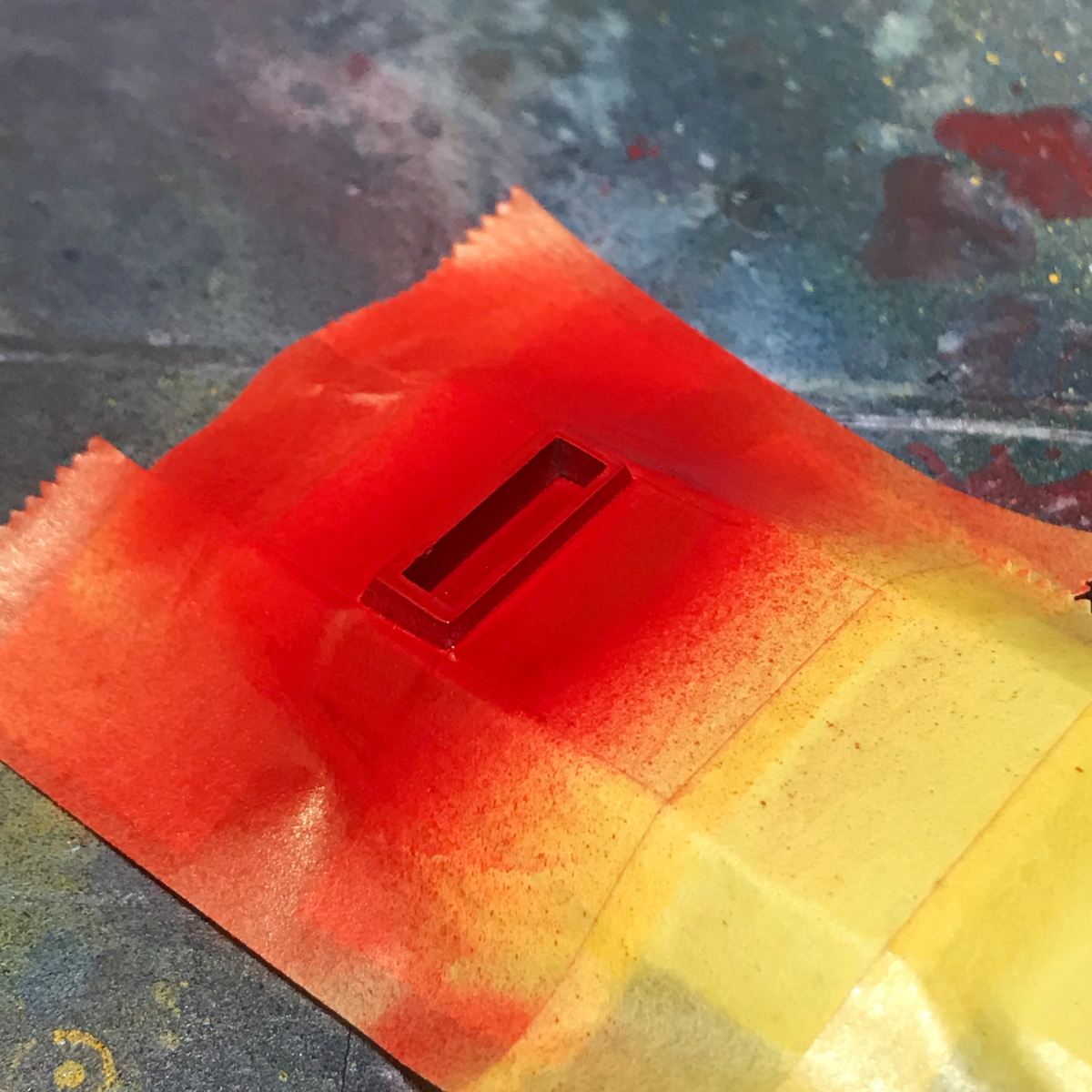 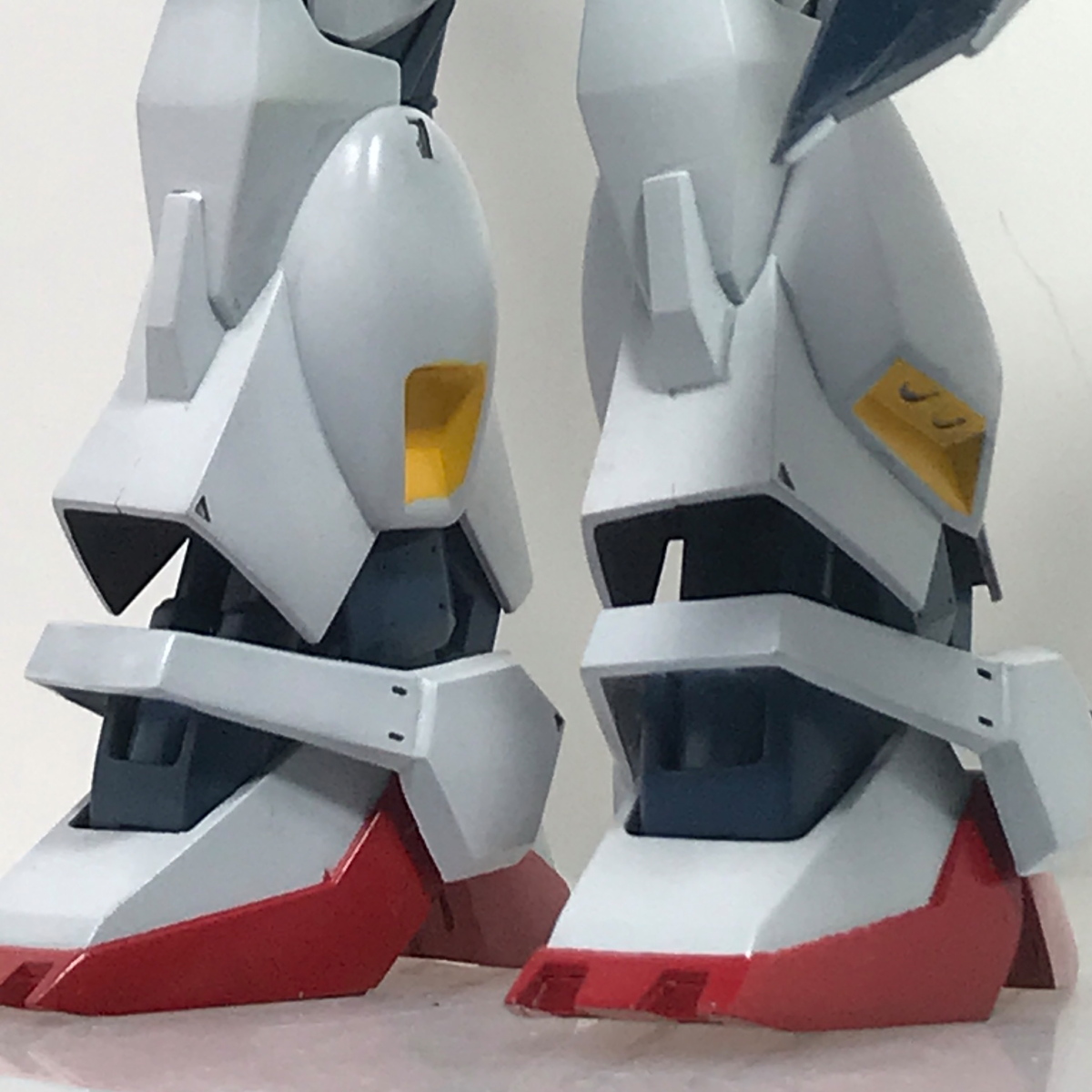 After applying the basic color, I think that it is good to paint the fine details while frequently changing the color of the pen.

In addition, there were rumors that it would be difficult to use a compressor with high air pressure, but Tamiya’s compact compressor was sufficient.

(The following joints also led to a compact compressor.)

However, you may need to get used to it, as it may feel different depending on the pen.

The video you are using for reference. . . (However, when the amount of ink at the pen tip decreases slightly and the output is bad … I’m sorry …) 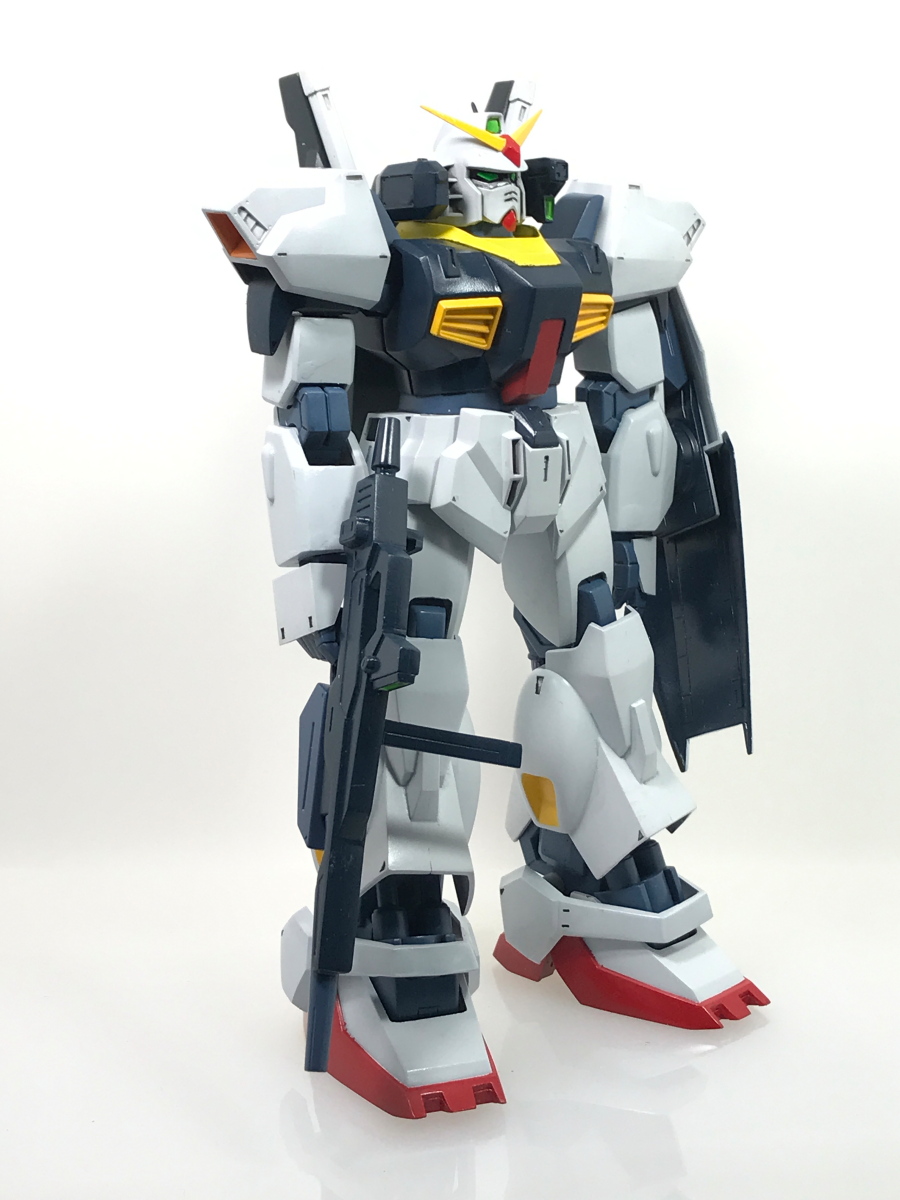 The vernier on the back, too, was covered with a Gundam Marker airbrush. 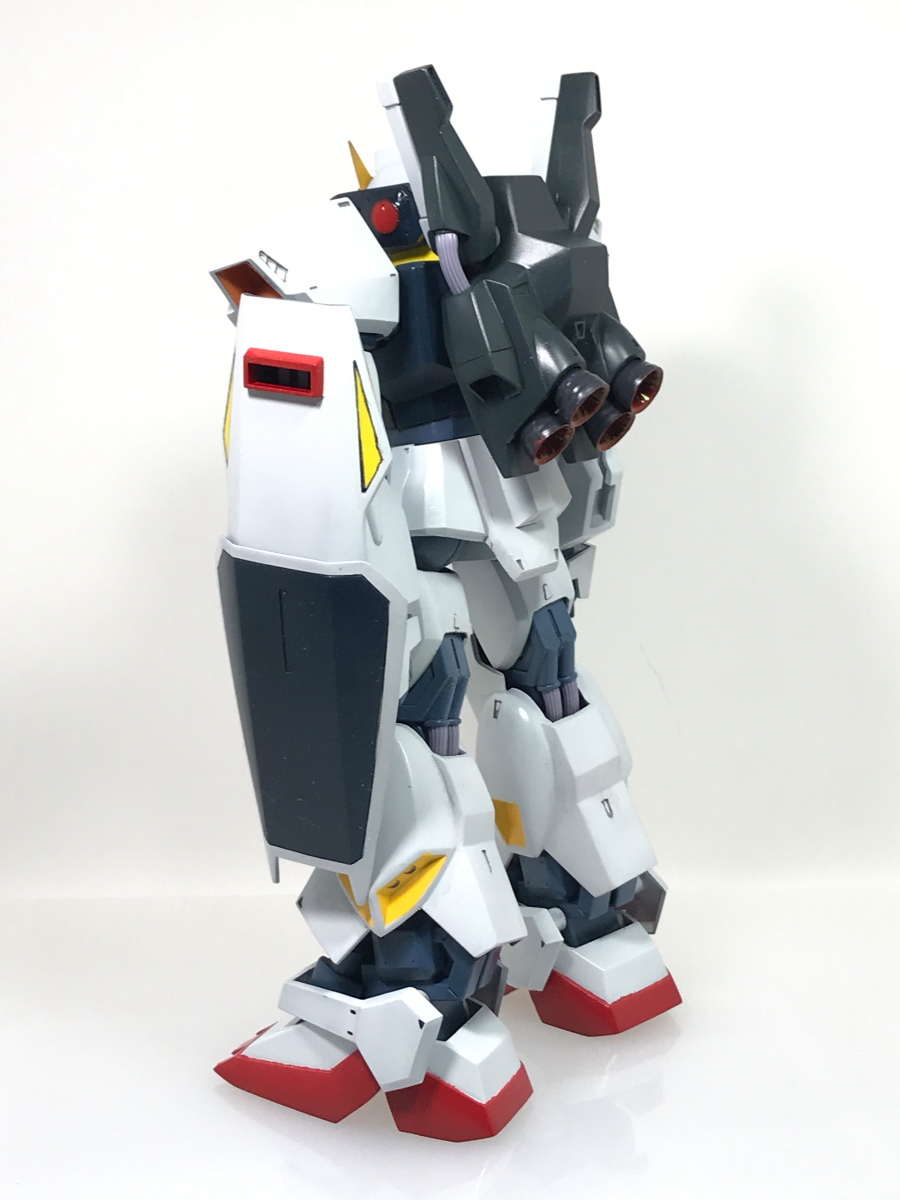 Poses are limited because there is not much hip range of motion. 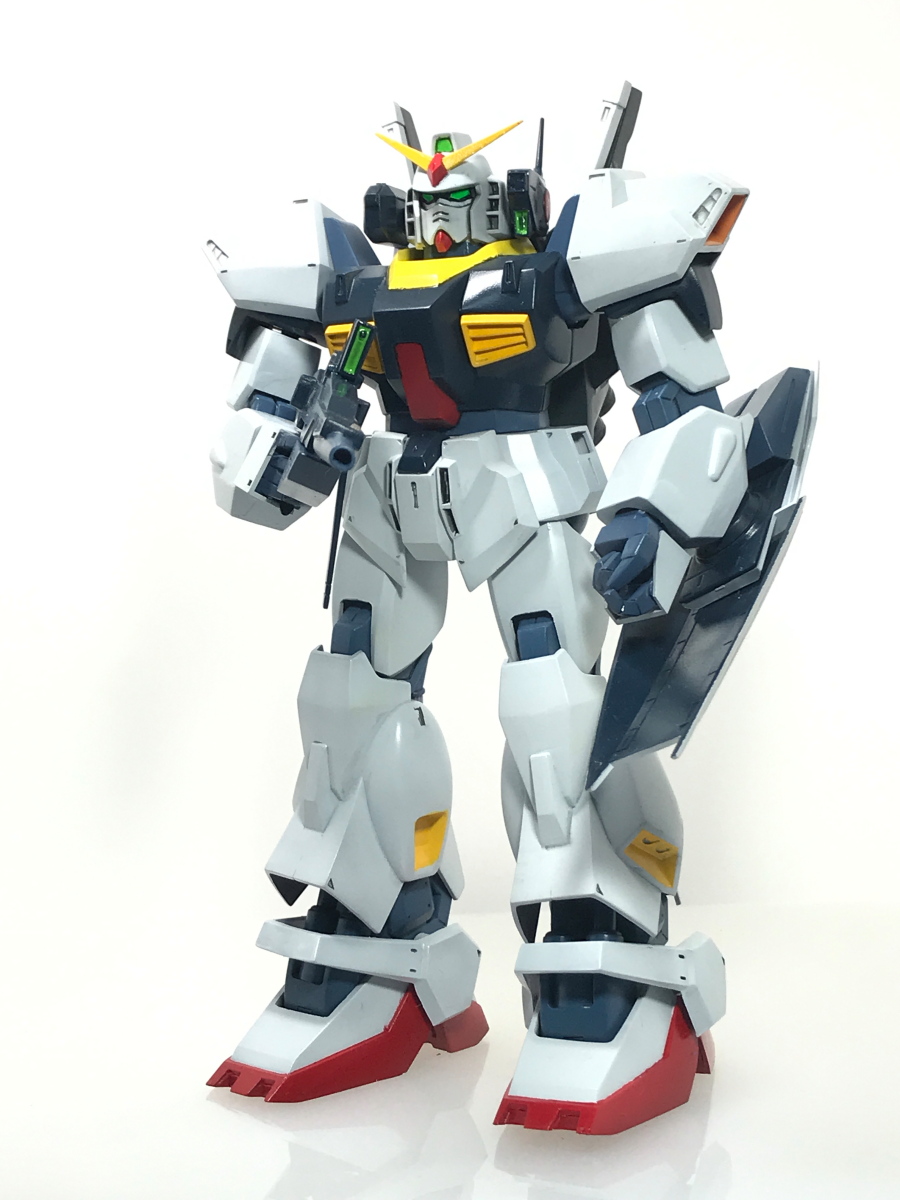 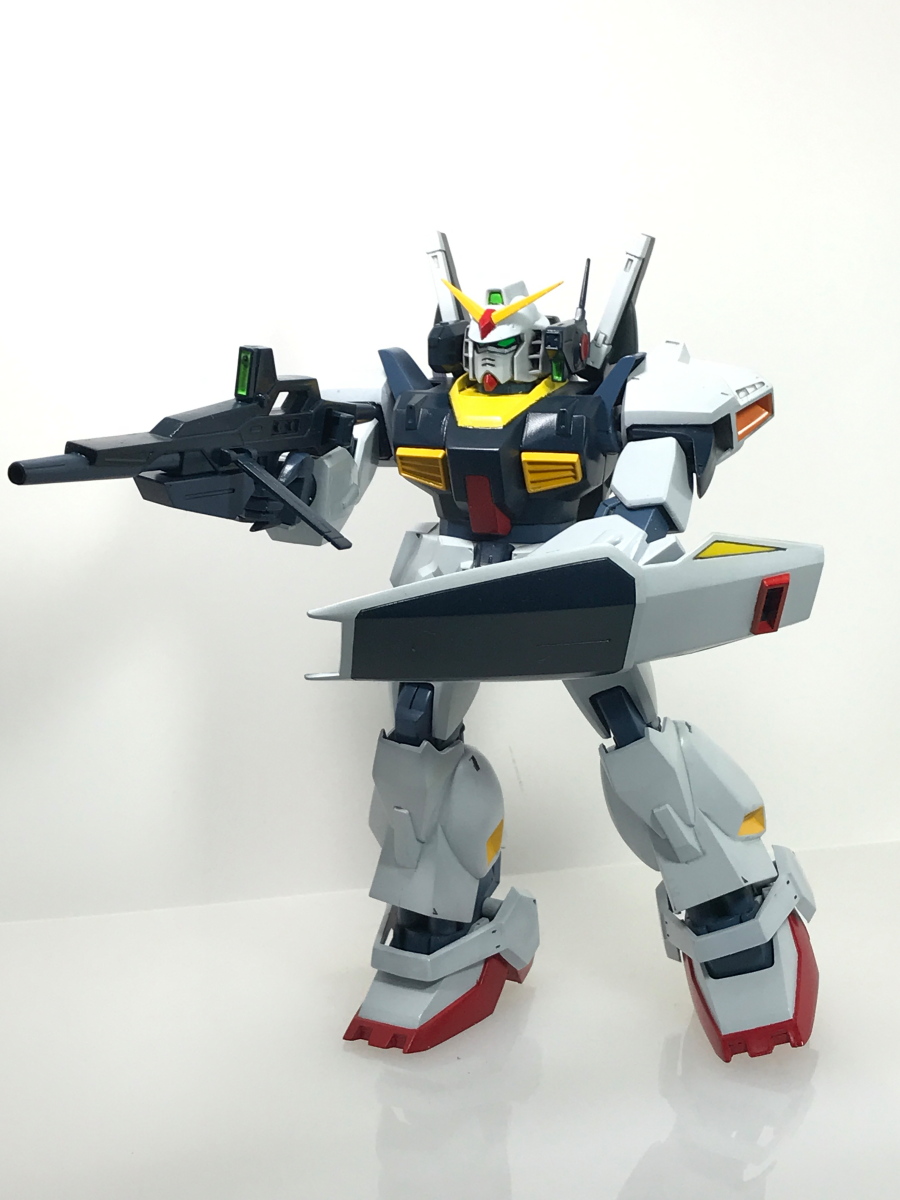 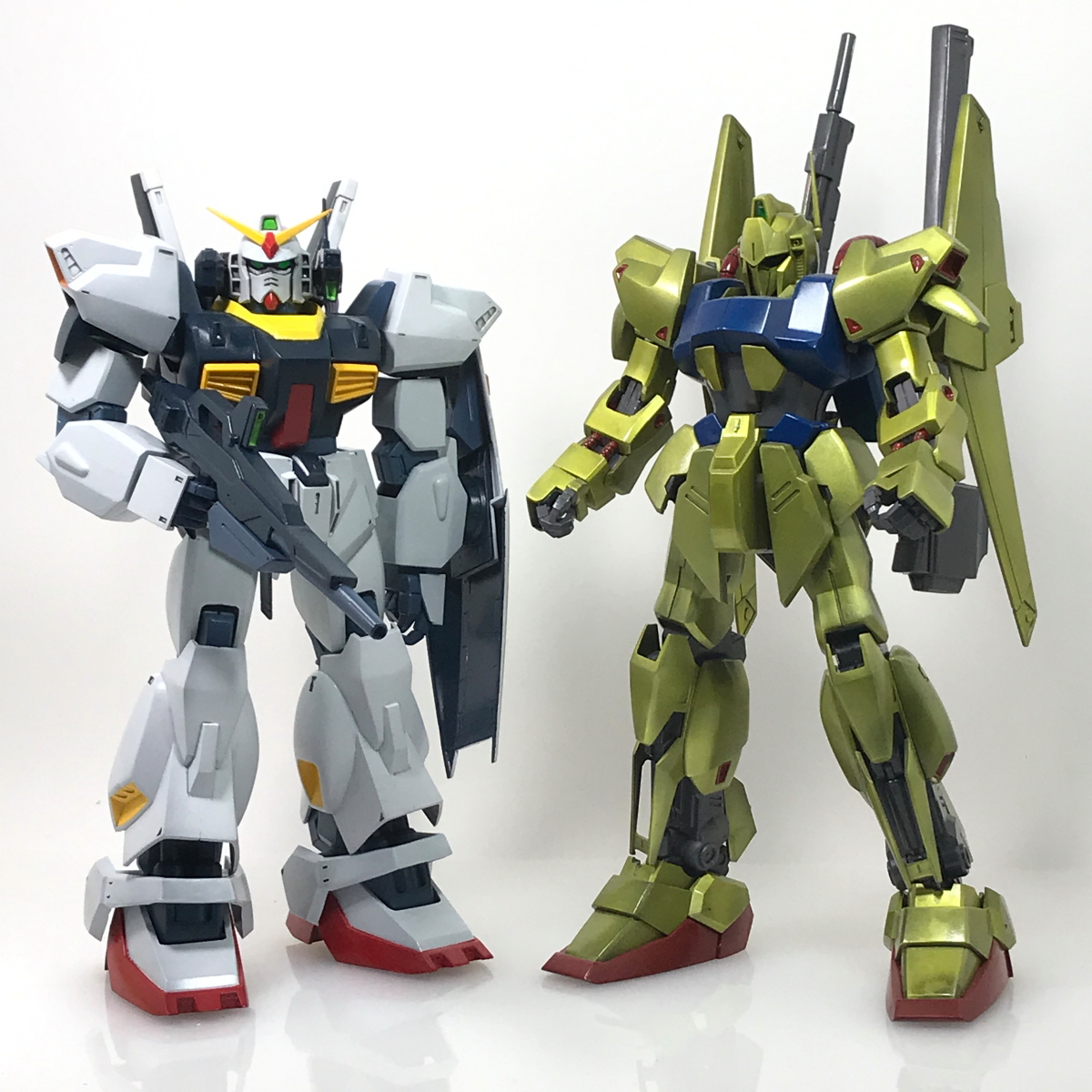 This time, I made it according to the color recipe.

As a result of carefully making it (returning the failed part and starting over), I think that it was finished beautifully.

It became a good practice for basic movements, and the Gundam Marker Airbrush also showed a good feeling, so it was a big harvest.

See you next week!

[Participating in the ranking]